I'm trying to come up with a way to smooth difficulty across levels (rubberbanding progress). I came up with this idea:

-When you win a battle (and only then) all enemies scale up by a tiny %.
-When you lose a battle you get an EXP boost. You can choose to continue playing instead of loading.

Of course, winning is rewarded (for example: gains experiece AND loot) and losing discouraged (lose part of your gold, return to the dungeon entrance, etc).

You could make it even more drastic: gain a level each time you lose, and enemies scale accordingly. This way players are encouraged to beat the game with the lowest level, but not punished when losing.

My goal with this is to stop worring about progression and stat fiddling, to speed up development.
Ideally, the player won't waste time grinding, I won't waste time playtesting the power curve over and over.

Thoughts on this? If you have you seen this before, how well did it work? 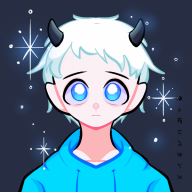 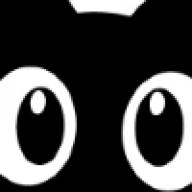 Not sure that could be a good idea.
If I understand, so you can loose ALL battle you still get experience... and only to "dont waste time for balance" ?
Hmm...

The idea to win a level when you loose will make a "hey, I'm gonna die sometime, I'll gain lot level". And I dont think that's a good thing.
Let dead characters win some exp even if they were defeat during a battle would be nice (down by a % cause they are dead). We all hate lose ALL exp for a dead character that's dead at the last turn.
But your idea remember me a game that if you die too many time in a row the game help you (I dont remember the game, only the mechanic). That just encourage to suicide and get a "easy win".

Hermoni said:
Not sure that could be a good idea.
If I understand, so you can loose ALL battle you still get experience... and only to "dont waste time for balance" ?
Hmm...
Click to expand...

This is why I mention rewarding/punishing. Yes, you could just run in circles and die again and again on purpose. Start again from the town, rinse and repeat.
But note that every time you die, you win EXP therefore it takes longer both to level up AND die on purpose!
The idea is to avoid being under-leveled, slowly raising the party to an appropiate level - and nothing else.

Of course, you could make it so enemies weaker than the party won't give EXP on defeat. Once you reach their level, you have to defeat them to progress.


Hermoni said:
Not sure that could be a good idea.
We all hate lose ALL exp for a dead character that's dead at the last turn.
Click to expand...

Agree. The same applies to the whole party. You (the player) have earned experience in the battle, learned enemy resistances and weak points and so on. So why punish the player to repeat it all over again just because you didn't perfectly balance difficult/power curves/exp rewards/whatever?


Hermoni said:
That just encourage to suicide and get a "easy win".
Click to expand...

Only if it's poorly implemented.
Mario Kart does something like this IIRC, giving a slight boost to the last player and weapons that auto-target the lead player; it works wonderfully. It makes racing more about having fun along the way and less about winning or losing.
I find that principle should be a design goal for every game, and specially for RPGs since they are mostly linear and usually don't involve lots of player skill, only player knowledge.
Last edited: Jul 29, 2019

that you win yo ugain exp and loot, if you lose, you can lose exp only (not losing a level) or in some games, you can
if you lose to much and if exp <= 0 lv -= 1 and teh current exp need to level once you win a battle again.

losing gold (30-50%) when die, is oke, but gaining a level when die is not a option.
your main focus is more, How to make a game fun but still a challenge?

ShadowDragon said:
if you lose, you can lose exp only (not losing a level)
Click to expand...

This is awful, a mechanic poorly adapted from D&D into digital games. You'd be both punishing the game for losing (the usual game over setbacks) and also stalling the game progress (since now you have to catch up with the level you had: grind time).
If a game does this to me I'd stop playing, unless it feels more than a waste of my time - for example in D&D if you lose levels the game master simply creates more level-appropiate adventures for the next weekend.


ShadowDragon said:
your main focus is more, How to make a game fun but still a challenge?
Click to expand...

My focus is actually LESS. I'm a hobbist; I don't want to plot and finetune a perfect power curve. I want to focus on content and know that most players will be able to experience it.

Actually I think you misunderstood, the idea is not to make an easier game - on the contrary.
By rubberbanding progress, you can make the game way harder and it won't feel unfair: simply more challenging.
Ideally, you would be able to tackle extra hard battle without fear because if you lose, at least you get a bit of XP and didn't waste your time. You also got a taste of this MASSIVE power levels. When you feel ready to tackle the challenge and you win, you'll feel you've gotten a long way - without grinding.

I think the concept does have some merit (it does indeed make for a very wide balance target), but I would suggest making sure the feel of the mechanic lines up well with the feel of the larger game. You are creating a safe, progressive mindset where it is okay to fail, and failure simply takes you a step closer to success and victory. You are not creating a high-stakes, intense mindset where players feel like they must fight for their lives and leave it all on the battlefield.

So this kind of mechanical approach would work well in a game about taking classes and practical tests at a battle academy, or about earning gym badges in a Pokemon-like world (where the gym leaders should have no problem with you coming back to try again), or even with a framing device like in Prince of Persia where the entire game is a past-tense story being told, and if the player gets a "game over" the storyteller says "Wait, no, that's not how it happened, it was actually..." and the player goes back and starts from the last checkpoint (which, having already told a bit of incorrect narrative, it would even make sense for the characters to have more Experience!). It would be less well-suited to a dramatic game about war or cosmic evil, where the player should expect that the party will "die" if they fall in combat, nor to a game where there are villain that would have their way with the party (or the world) if you fail to defeat them in a climactic battle. At least, not without a framing device that lines the feel of the game up with the feel of the mechanic.

There are also alternative approaches you could explore if what's important to you is to make sure that players can progress through your game (to see the content, the world, and the narrative) - for example, you could err far on the easy side for general battle balance (so that players will almost never have to repeat the same battles over multiple times, whether they are gaining EXP for the loss or not), and you could introduce bonus battle objectives (such as "win within 10 turns" or "win without any characters getting KO'ed" or"win without casting spells"), and/or include optional enemies in each area with higher difficulty - both would allow players who want to challenge themselves to take on that additional challenge factor where each move is really important, while allowing players who just want to see your game's content to get through it without worrying too much about their levels or the minutia of battle. In the same breath, also make sure that any other mandatory puzzles (and minigames and searches, etc.) can be skipped so that players don't get stuck with no way to push forward and see more content. Because that's just as bad as getting stuck at a battle you can't beat.
Last edited: Jul 29, 2019
You must log in or register to reply here.
Share:
Facebook Twitter Reddit Pinterest Tumblr WhatsApp Email Link