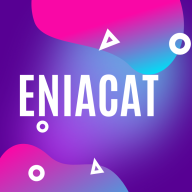 Hi people, I want to ask a question about the plugin of Galv Map Projectiles, I still cannot get my head around it.
I want to make a boss fight sequence with RPG Maker MV, but I can't really get the plugin to work with me. It is for my sonic fan game.
I don't want to use the standard battle sequence, I wanted to look like 'The Crooked Man' boss fights where you fight on the map.

I have a image to act as a projectile but I want it to attack the boss fight, basically what I want goes like this:

The player transform with a press of a button into the projectile and attacks the boss, but if you press the button to attack, you see a target circle so that the player knows with body parts to attack the projectile too.

After a certain chapter, he gets a gun/knife and attacks the boss close range (but I cannot figure that out either).
I was hoping for some sort of tutorial since the demo file didn't really explain the plugin very well.

Can someone explain this to me or do I have to do with trial and error...