In short, I want to combine the rand & return behaviors. 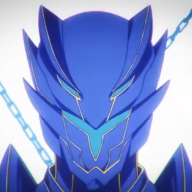 In short, I want to combine the rand & return behaviors.
Click to expand...

ray_stride07 said:
yups thats right and i think this plugin need sound effect when the enemy notice and lost player
Click to expand...

GALV_BalloonSoundEffects.js would work for that purpose.

Frostorm said:
GALV_BalloonSoundEffects.js would work for that purpose.
Click to expand...

anthonytheperson
What is a thing you like to see in RPGs?
38 minutes ago •••