Introduction
My second plugin in my quest to port my Ace scripts to MV plugins to make messages prettier. I encourage people to make their own nice designs, the one in the demo isn't very fancy.


How to Use
- Copy the "GALV_MessageBackground.js" file into your project's /js/plugins/ folder.
- Copy the image "msgimg_0.png" and "msgimg_1.png" (from either plugin or demo download) into your project's /img/system/ folder (to use as guides for making your own).
- Activate plugin using the 'Plugin Manager'
- Change the switch/variable settings as required (make sure to label the switch/variables you use in your game so you don't use them for something else)
- Read the 'HELP' documentation (also found in plugin manager) for more details and try the demo if you don't understand.

Nice! I'll use a cartoon bubble when characters speak!

I love the converstion but don't you think you should use plugin command instead of switch or variable?

That's true. I figured switch and variable would be easier to use (I've already seen a few people using 'script' event instead of 'plugin' and asking why it wasn't working) plus they were already saved in save game data but I will definitely investigate using plugin commands for future scripts

likes for your bust script   ?

I detect a subtle message of lvl 10! 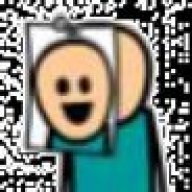 oh yea FYI: the variable control is stuck with 1 even if you change it lol.

I can change the variable in the settings fine.


I did notice that at times my settings weren't changing when testing my game and closing RPGMaker down and restarting seemed to make the change take effect. I wonder if this is a bug?

I have a problem

If i change the variable (N°5 for exemple) it does'nt work but it work with variable 1 :

But i's great ! It's worked with Message Core from Yanfly
Last edited by a moderator: Oct 27, 2015

Hmmm, seems a few people are having issues with the setting not working for them. I've done a bunch of tests and it appears that a test game will randomly not accept the new variable number.


Can you set it to variable 5, then save, close and open your project again and test?


Need to work out why that's happening. Seems odd and random for me as I can get it to work fine nearly all the time, but occasionally it won't.

Maybe the number is save in "5" and considered text and not number:

Ahh, found the issue. I was pointing a variable ID to the value of a variable instead of the actual ID number. Silly Galv!


I've updated to version 1.1, this issue should be fixed 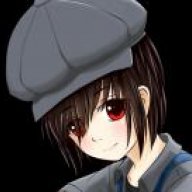 Now just busts and I'll be all set.

There is a glitch of the script

What do you mean by "Background Image"? Do you mean the map graphic? I can't replicate what you are experiencing but I think I might need to change where the sprite is drawn... haha

Galv said:
What do you mean by "Background Image"? Do you mean the map graphic? I can't replicate what you are experiencing but I think I might need to change where the sprite is drawn... haha
Click to expand...

xD well, it is "show picture" that is big enough to cover the entire screen. It will cover up the message image, but not the text [IMG]http://www.darkkyshadow.com/clouds/rpg/xD.png[/IMG]

Ahh, show picture - okay thanks. I'll fix that up soon 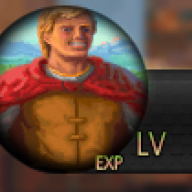 If you look in this plugin's settings you assign a switch that disables the message background. You could be turning that switch ON in an event - perhaps one related to the time system hud. Change the switch being used in the plugin settings (to 0 if you don't want to disable it) and see if it works.
You must log in or register to reply here.
Share:
Facebook Twitter Reddit Pinterest Tumblr WhatsApp Email Share Link

So why they don't always fall through floors? Do they always float and sometimes simulate walking? If things go through them how can they hear/see? And why sometimes they have clothing? Do clothes die as well?
Today at 9:29 AM •••