Introduction
I know there are other plugins for this, but this might work a little different from them. I create plugins from scratch to help me learn new things.

Features
Adds a New Game+ feature to allow the player to start a new game that uses specified data (such as gold, items, variables, switches, actors, etc.) from a save file.
After the player encounters where you placed the activate code and then saves the game, the New Game+ option will be added to the title menu.
– The player can only start a new game using a save file that has had it activated during the game.
– Settings include lists of items, switches, variables, actors, etc. that allow you to control what data is and is not transferred over when starting a new game plus.
– The number of playthroughs is recorded to use if required during game.


Added: Ability to specify different windowskin for each message popup and ability to target actors that are following in the battle party.
Added: arrow pointing to target character, options for when using custom windowskin, faces and position settings now ork.

How to Use
- Copy the "GALV_NewGamePlus.js" file into your project's /js/plugins/ folder.
- Activate plugin using the 'Plugin Manager'
- Read the help file and examine the demo to learn how it works. 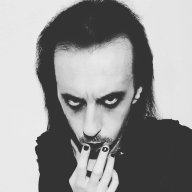 useful as always, Galv  also Pirate Rush inspired me to learn Photoshop and Parallax Mapping XD i owe you one mate

Hey there, I love this plugin, I was just wondering if there happens to be a way to write a variable range to the carried over variable section of the plugin parameters? I have a couple hundred variables to have carried over so I was really hoping this was possible, something like Variables: 23 - 270, or 23 to 270. I couldn't find any info on this so thought I would try asking here.

Yes you can, the information can be found in the plugin help text.

Bah I completely missed that somehow sorry about that but thank you. You're the man Galv, keep up the great work 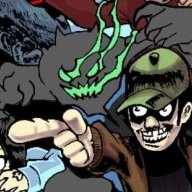 Hi, i have a 2019 question, it is posible activate the new game plus and load it from a custom menu? I,m using HIME Pre Title Events. Thanks in advance! 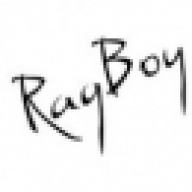 Hello i have a question, it is posible keep the level and the skils that you learn by items? every time i play a new game+ all my chars are lvl1 and don't have skills.

Are you adding the characters through an event? Make sure they aren't reset to level 1 when you do that. I haven't looked at this plugin for many years but it should keep all actor data unless you reset it when adding them.

Galv said:
Are you adding the characters through an event? Make sure they aren't reset to level 1 when you do that. I haven't looked at this plugin for many years but it should keep all actor data unless you reset it when adding them.
Click to expand...

Yep, i'm adding a character through an event why i add a character selection, i have test it in your demo project and the result is the same, look:

without add character keep the level, but no when adding through an event.
how i can fix this?

I will add it to my list to look at and fix it when I can.

Galv said:
I will add it to my list to look at and fix it when I can.
Click to expand...

Thanks a lot, i love this plugin why is the only compatible with abs system.

In the demo, I didn't put Actor 2 in the plugin settings, so it wasn't saved.
You just need to make sure you put all actor id's in the 'Actor List' plugin setting (separated by comma) that you wish to save.

Galv said:
In the demo, I didn't put Actor 2 in the plugin settings, so it wasn't saved.
You just need to make sure you put all actor id's in the 'Actor List' plugin setting (separated by comma) that you wish to save.
Click to expand...

zerobeat032
just hopped into project recruitment... hoping to maybe find some artists to help with parallax maps and whatnot. I could do them myself, but I'm not really good at it so I'd prefer to stick to my strengths which is character art and SOME UI elements.
17 minutes ago •••

Conflictx3
PRODUCTIVE DAY! I think I FINALLY completed all the items for part 1 of Fallen Feather, that includes the animations, the stats, the pricing, etc. for weapons, armors, key and consumables! all i need to be 100% done is write a few more descriptions (only 10 left out of the 40+ items) and to find some nice pants icons (dont ask lol).
30 minutes ago •••