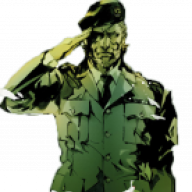 Sorry if this is the wrong thread for this, but does anyone know if you can see every tile that the DS pack has, so I know what I'm getting before I decide to buy it? I'm thinking of remaking my town with the DS pack, but I need to know if the tiles would still be suitable. The official video doesn't show much really.

It is the wrong thread, and no, there isn't a way to see it all before you buy. If the official screenshots aren't enough just look through this thread, there are lots of people using the DS and DS+ tiles.

Here is a small map from my game. Still WIP:

Really like it Sketcy. I'm just wondering why Joey's sprite is not outlined with black like Azel? It looks better without though. ^^ 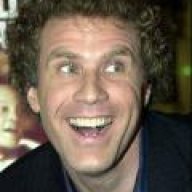 @ slimmmeiske2: Oh, you noticed that. ^^  Joey's sprite's been touched up a little bit.

@ Goatrider: Looks great! I like the colors a lot. For some reason, it gives me a real steam-punk vibe.

@Goatrider
For some reason, I'm always confusing your maps with Quigon maps haha. Looks pretty cool dude, keep it up. 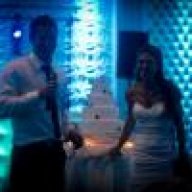 i confused him q quigon too! love it goat man

@ sketch: This is a steampunk game so I'm glad you get that vibe. Thanks.

@ zachfoss & stridah: thanks heaps, being compared to quigon is a massive compliment.

@Goatrider Looks cool. I get the feeling those pipes are too close to the ground though. Any way to make the shadows look like it's more elevated from the ground?

Testing the lightning for the tavern.

So I decided to redo my first map using some DS tiles as I bought the DS pack and loving it right now.

And what do you guys prefer in terms of interior walls? Having transparency (black) with just the edges / roof bits showing, or an outer wall for interior?

I think its a little too dark MISTER BIG T , otherwise the feel of it is great

Rough look of the battle scene for my project

Bluetoes said:
So I decided to redo my first map using some DS tiles as I bought the DS pack and loving it right now.

And what do you guys prefer in terms of interior walls? Having transparency (black) with just the edges / roof bits showing, or an outer wall for interior?
Click to expand...

Great level of detail! Looks like some errors in the auto-tiles, though.


Engr. Adiktuzmiko said:
Rough look of the battle scene for my project

Looks good! Are the icons indicating actions or actors? I'm thinking TP should be a different color from MP too.

So! Trying some parallax mapping in a re-designed Westwoods. Here's the first section (rather than one giant map, I'm breaking it into several smaller ones).

I probably need to re-position some of the random doodads, but I think it looks a lot more natural now. I initially designed the ground floor back in XP, with the intention of copying that into Photoshop and then pasting it as a tileset here, but realized it'd all be one layer in VX Ace, argh. So I switched it to VX Ace auto-tiles, which, I've come to realize, I really don't like. They're just too bloody boxy, and there's no gradation like with the XP auto-tiles I have.

@Allerka - actors/enemies only, not actions since it's a turn order gauge for a PCTB not the default turn based mode... I'm still gonna need work on the status window and TP probably won't even be there.


The map looks good. I'd suggest trying to do rounded grass though since ur using parallaxing anyways.

That's the thing. How do I get stuff to show up as part of the A layer that's not auto-tiles, so it shows up below the player?

Thanks for the feedback. I'll see if I can fix the pathway. It's not setup as an autotile since the path right at the bottom is using A2. I'll just swap them around, but the bottom path won't look as clean.
Last edited by a moderator: Apr 11, 2014

@Allerka - I thought ur doing this via parallaxing?

I am. Maybe I'm misunderstanding how parallaxing works. Which wouldn't surprise me. Basically what I did was I laid out all the A tiles, then set everything how I wanted in a Photoshop picture, chopped it up to fit into the B tile sections, then simply pasted that all in. Is...that not how it works?