@ksjp17 : Oh indeed I manually traced the lightrays as if it was two arrow slit providing light. I'll try something else according to your comments, thanks

I'm in the map-making process right now in Mythical Winter. The images are from the first two floors of the first dungeon. The tiles I'm using represent the walls and floor of the fortress sample map.

What do you think? What should I change? 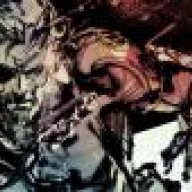 They look interesting. May I suggest a little more variety of wall and floors, just like broken tiles, dust, spiderwebs etc.?

Tokumei No - 匿名の said:
They look interesting. May I suggest a little more variety of wall and floors, just like broken tiles, dust, spiderwebs etc.?
Click to expand...

Thanks for your opinion!

As for the variety, I think I can do something about that...

No problem
Probably this map is stille eventless, so it will be more "populated" with enemies, chests and more. Well, I like it, keep going

We have a thread dedicated to feedback on maps.  I am going to merge this with the main thread.  Please use that one, instead of starting new threads for the same purpose.

Protype of Corsairs HQ (on the left: barracks, on the right: training grounds):

A corsair is a pirate ship - there is nothing on that map to suggest the sea, fighting on ships or anything at all connected with what a corsair is.  It's just a group of identical buildings with no particular character.

At the very least you should have rigging that they can practice running up and down on, swaying planks to give them practice of hand to hand combat on a tossing, unsteady boat, wooden walls with ropes so that they can practice scaling the sides of ships, large gaps that they must cross by swinging on ropes to imitate swinging in from one ship to another.  Though I have to admit, the thought of a pirate training ground seems a little odd.

As for the HQ and the barracks, at the moment they have no visual interest.  Why would they build that enormous earth mound (it cannot be natural, given the rest of the terrain) to put the HQ on?  It is something else that looks very odd.

AceOfAces_Mod said:
Protype of Corsairs HQ (on the left: barracks, on the right: training grounds):
Click to expand...

I think you are going moreso for the "navy" feel here (the royal navy) since those places tend to have training grounds, rather than pirate havens. In which case, it could be spruced up - or if you want a piratey feel, make it much more lawless.

Working on this map 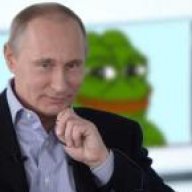 DangerSushi said:
Working on this map
Click to expand...

I love the window and the lightning effect there so much


[IMG]http://i61.tinypic.com/zkpu8p.png[/IMG]
Kinda realized too late that it's too big and tried to fill it with stuff.

Anyone that could help me with it?

Nope, wrong move.  When you realise something is too big, then you stop and reduce it in size.  It never works to just try and fill it up with stuff, and trying to sort the problem with that solution is actually more work in the long run.

I suggest you start again at no more than half the size, and I think you will find that you will flow through it quite quickly.

Thanks for the tip, it indeed sounds like the best move.

I'm using this video for a fundraiser.|

see my post on your game thread about this trailer.

I can't watch videos on this laptop.

Strawfairy said:
I can't watch videos on this laptop. Guys, I'm trying to do town mapping. But I just can't. I don't like this at all, yet I can't figure out why...
Click to expand...

Looks fine, no major issues - can we see the rest of the map?

Well, it's been a while ... I'm in the middle of mapping a large, sprawling city map and it's really getting me down, so I decided to do some other maps for the sake of progress.

Here we have the back of the castle. There's a garden, lake and stable, and there's a path that leads to an archery range (which I'm currently mapping).

The ground tiles are very good! I think it's difficult to pick ground tiles for cities that blend together well.

The house wall on the right looks like an interior wall.

The borders around the grass patches on the other side, look really weird and doesn't fit the ground at all. Try something darker.

The placement of the flag feels a bit ramdom.

The house to the left looks a bit too colourful and bright compared to the rest, but that depends on what the other houses on the map look like. It could also be a matter of taste.

@Strawfairy:
It looks good so far.
Just to be nitpicky:
Under the inn's plants at the entrance, there seem to be a couple misplaced shift-clicked tiles with a yellow thing in the bottom left corner.
There seem to be a very small part of the slanted roof missing, just top left of the lamppost.

@Moonless night:
I would let trees grow so close to the castle, that's a potential security issue. A thief or an assassin could climb them and access the nearby windows