Okay, third and maybe final draft of my map. 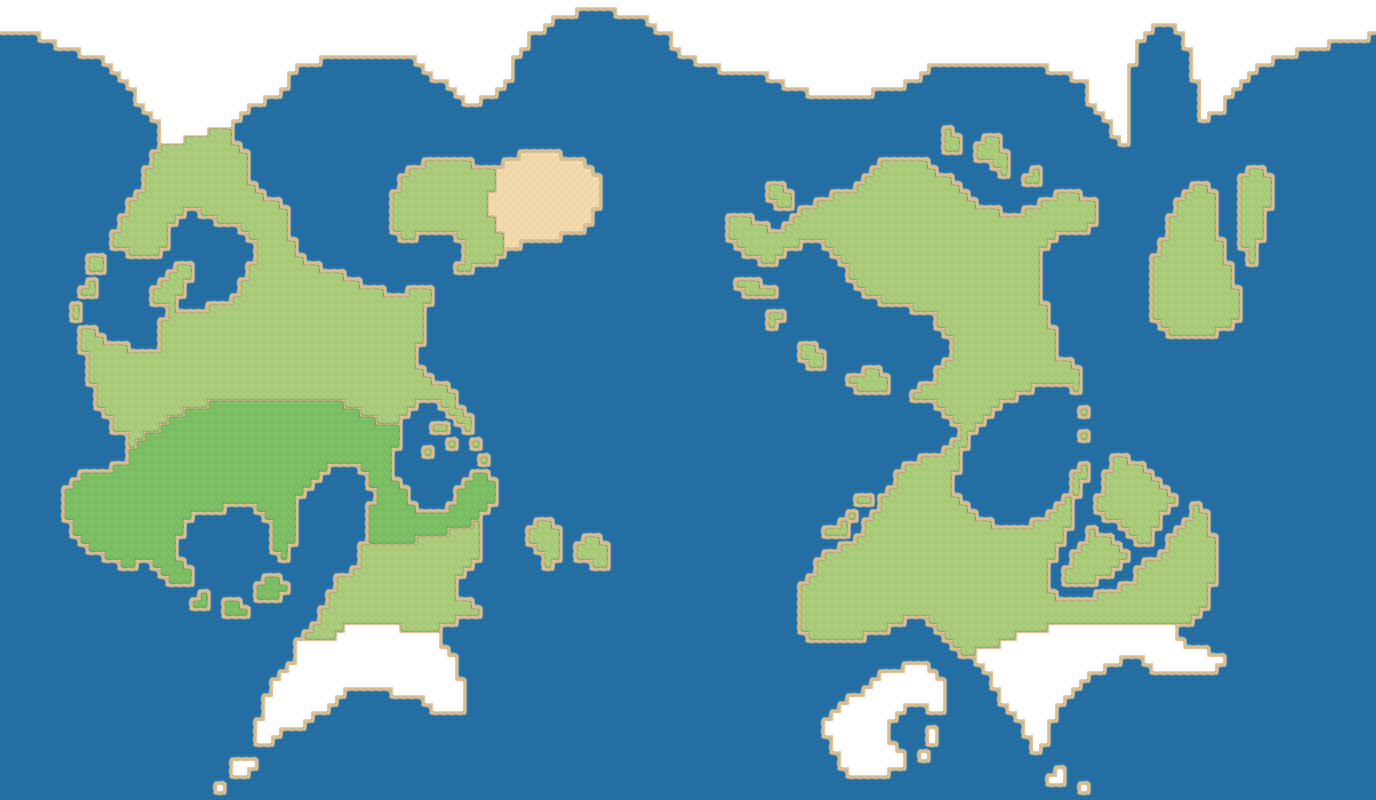 Anything I should change? 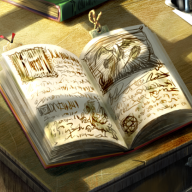 Treehouse vibes? Just something random I attempted to do because I have no idea what to do with my actual project...

Nice! I think you should break up the grass a bit. With the trees growing that thickly together and with consistent foot traffic there would most likely be some bare patches.

@Tuomo L That's really cute looking cabin here! The map is well made too. My only compliant is, don't you think it's a bit too dark?

So how are you all? I have been busy remaking Wanda - A Beautiful Apocalypse over the month and my other project One Loves the Sunsets was pushed to background. But it is still making progress nevertheless. Here is the latest screenshot from OLTS. If you have any feedback or question regarding with the making of the map, I'll be happy to answer.

@SomaelCK It looks really good! But one little thing. That metal trash bin looks a little off to me. I don't know why, but the opening looks a little strange...

Realized the coastlines were too consistent, so I fixed that. 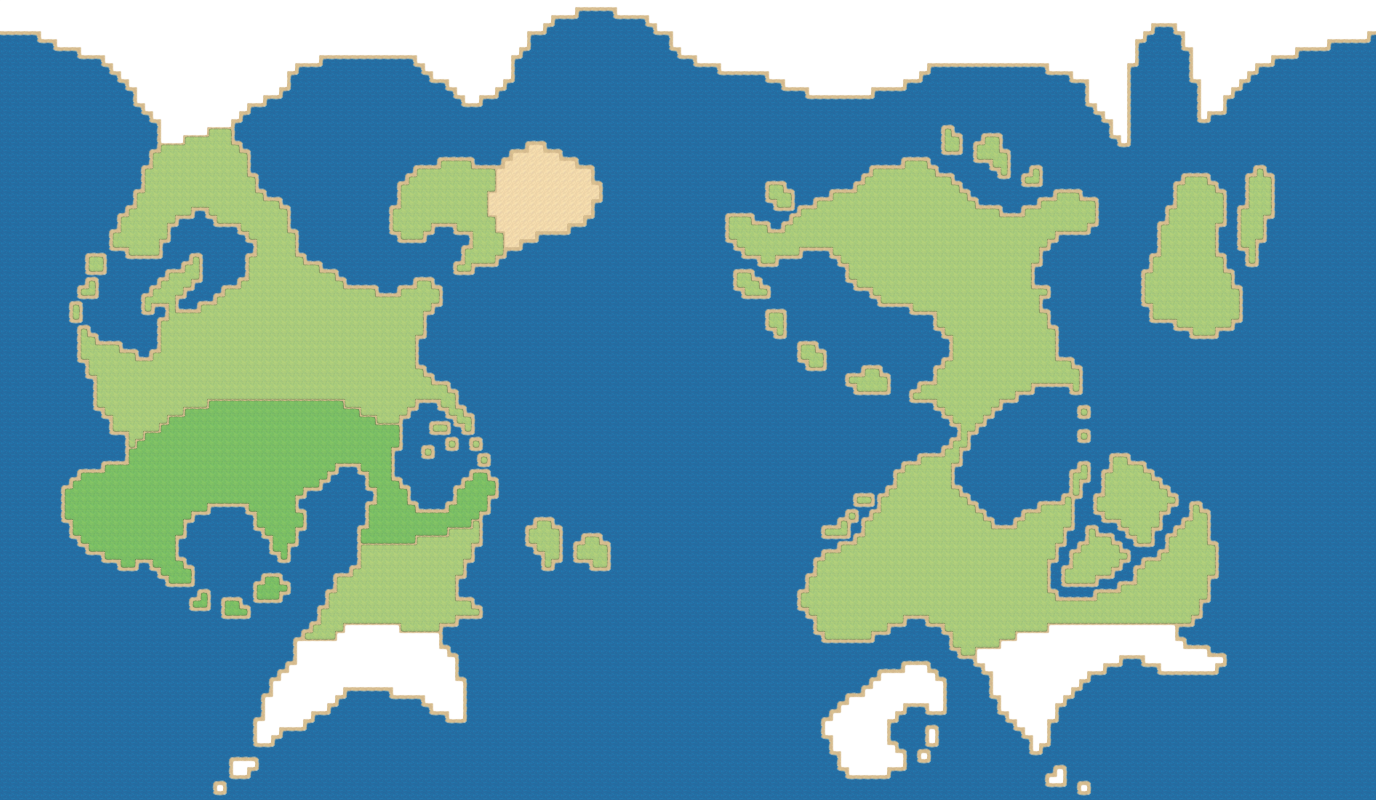 Will somebody (other than me) PLEASE find something wrong with it???

@Nutty171 Ah! Now that you mentioned it, we missed lightning and shading with that. Thanks! This is very helpful.

Edit: For your world map, I'd say it's a pretty good base already. I think it's time to add details now.

@SomaelCK You're welcome! Also, I can never un-see the faces on the trash bags.

Good to know! Now to add detail. The hard part. 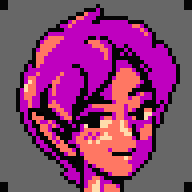 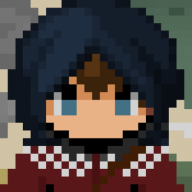 The overworld for my game

I hope this shows up. It says my image was moved or deleted on tinypic. >.< What's going on?

This is an (obviously unfinished, I wanna add trees and stuff) map of a place that I call Lake Lyre (or sometimes more ominously, Lake Liar). I think it's... okay, but I feel like something is off. Mostly when it comes to the "strings" of the lyre. I don't like that there's eight dirt paths leading up to the docks, but otherwise I can't think of what else to do there. I was thinking of adding a waterfall or two, but I don't know where and I feel like that would break the "look" of the lake somehow. I googled lakes in the shape of lyres, and came up empty and found just about everything else- lots of heart shaped ones! -and I don't want to use a guitar/piano shaped swimming pool for inspiration either, because you can decorate the floors of those however you want, whereas this is supposed to be a natural lake. As for it's location, it's supposed to be either within or nearby a town or city.

In first time, sorry for my bad english xD
Tuomo- nice screen , very profesional
Somael- i like this, the city pixel art its amazing
slimeborge-good retro style, i like
allyjamy- beauty map

This is an image of a room of my game, they are absent for adding things and details, the hosting makes me lose quality of image: (in the game one sees better 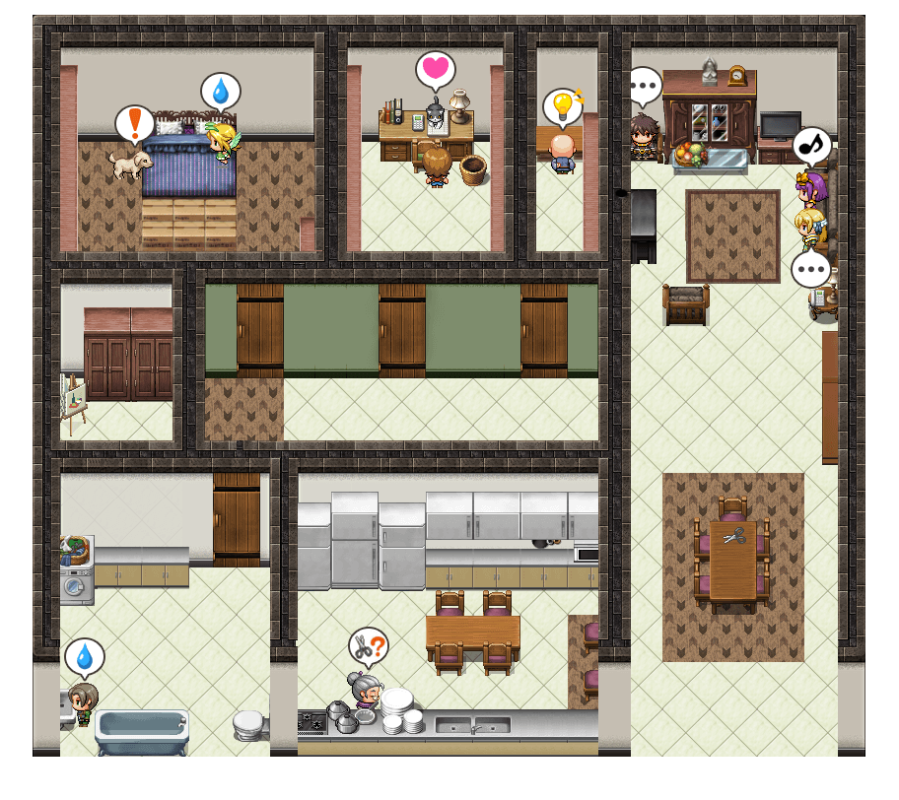 After my map from last time, I tried to practice more in the editor until I liked one of my maps so much that I was't satisfied with the editor alone. So I read about parallax mapping and this is the first map I made after tinkering for so long with gimp. (A huuugge thank you to all the resource-contributers on the forums.) It is a house where grandparents NPCs live in the game. It is mostly finished, as I have no idea on how to make the lighting and shadows with gimp. Does anyone have a suggestion on how I can improve this map?

@Little Adventurer: Your picture doesn't seem to show up on my computer either and gives the same message from tinypic. You might want to check that. You could also try editing your message and upload it here.

@Nutty171: Your world map has a solid base now. Now you can add in more details like mountains, locations, and whatnot to reduce the emptiness of the map. I'm eager to see how it turns out. ^^


(And could someone spot the scissors somewhere in the house? I think poor grandma lost them )

*Edit: explaining some of the shenanigans in the map (Thank you @Nutty171 - I didn't see those goof-ups at first)
(Warning: Image - heavy!) 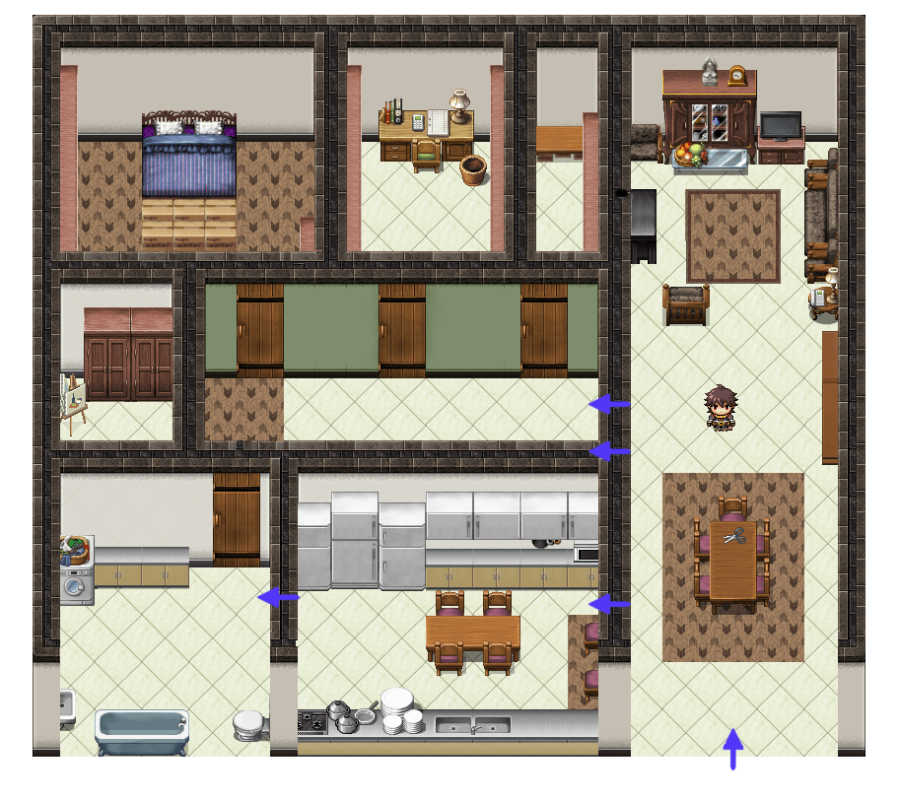 Ok, first things first: in the image above you can see with the arrows how you can go from room to room. At first I wanted to guide the player unconsciously through the carpets. But I didn't stick with it (yet) as you can see. And with over 250 layers already, it was a bit difficult to organize it properly. A lot of things will still change over time, though.

*Most rooms should be super dark. There are no windows in there. Is the player a bat or something?
Well, most of the light actually comes from the side, and again I have no idea how to do that in gimp. If only I could learn it somewhere, I would happily add it.

*What is up with those grandparents? Why is the old man in an empty room?
Good question. I was testing an evented 'Forgetting - Losing / Finding' system on them. Sometimes those NPCs 'hold stuff' and put them somewhere, only to 'forget' where they put it. The grandfather was actually searching for a tool in a box in that room. And with the side-drawer/closet, it indeed looks like an empty room. (But actually every drawer is chock full of stuff, it's just hard to see in that perspective ).

*Some rooms actually look pretty empty. Are (this and that) a placeholder?
For now, the characters and the furniture and stuff is not final yet. As for the 'empty rooms' here and there: that is also good question. I really wanted to reward the player for looking around the house. But I couldn't find the right plugin to give the right visual cues to the player, until just recently (I'm still experimenting with it ). Below are some examples of what I want to achieve: when a player is in room X, some walls change transparency to fully show what's in there. 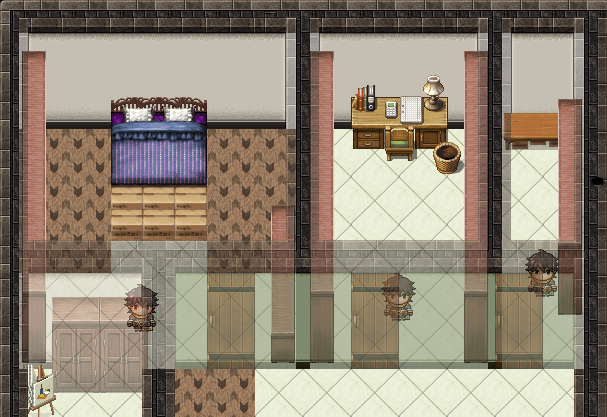 In here, I made 3 NPCs important enough to mess with transperency in multiple rooms. 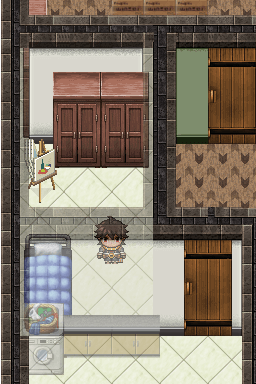 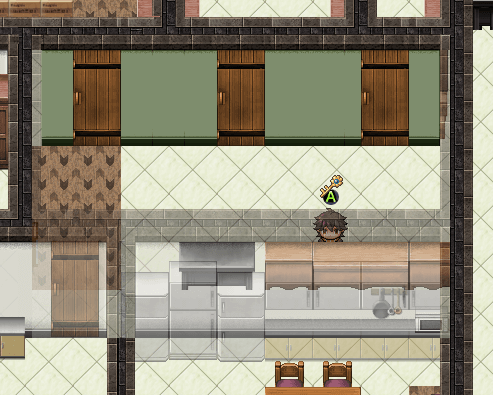 Checking the locked drawer (Icon: key by Avery - button from outside the forums)

One thing to note: at the front of the house there is supposed to be a wall too, but since I haven't made the exterior yet, it'll have to wait.
Last edited: May 30, 2017

(And the scissors are super easy to find, they're literally the only thing on that table. )

@sanchez1994 Reminds me of Mother 2 (snes or earthbound in the west) which is good, but since you're going with a limited style I would keep the contrast consistent. GL!
@Moonport Woh! haven't seen that picture used for lighting in ages, surprised anyone still has it. I agree with sham, the grass should be simplified. 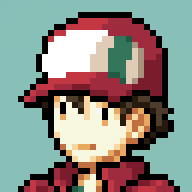 A little something, for a project I may or may not be tinkering with.
Massive fan of the show and very excited that new episodes are being released!

So... I touched up my room... smoothed out the lighting and added a few things.. Hopefully this is better^^ 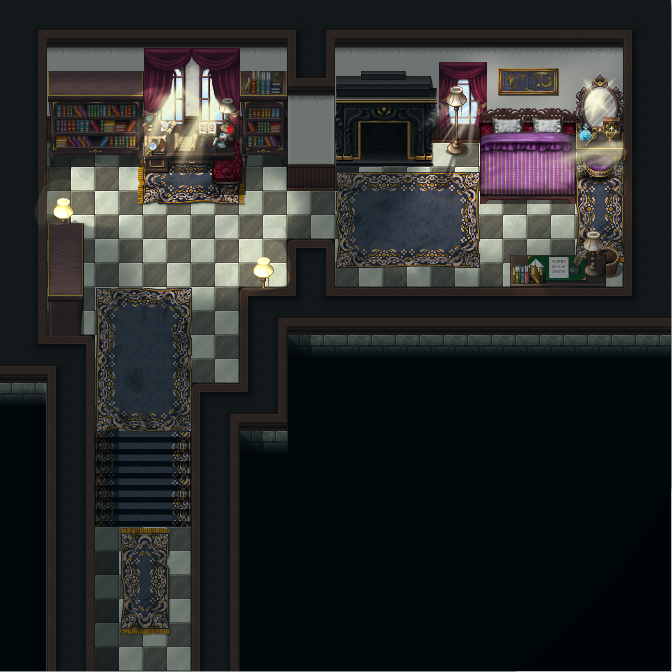 Annastasija said:
So... I touched up my room... smoothed out the lighting and added a few things.. Hopefully this is better^^
Click to expand...

That lighting seems really unnatural. To see beams of light that strongly you'd either need it to be rather dark, or for there to be some sort of fog/sand/debris in the air. Also, the light traveling above the walls from the lampshade is very noticeable.

The shading itself is really good! I would recommend to soften the angle of your beams and to increase the transparency a little though.

Annastasija said:
So... I touched up my room... smoothed out the lighting and added a few things.. Hopefully this is better^^
Click to expand...

IAmJakeSauvage said:
That lighting seems really unnatural. To see beams of light that strongly you'd either need it to be rather dark, or for there to be some sort of fog/sand/debris in the air. Also, the light traveling above the walls from the lampshade is very noticeable.

The shading itself is really good! I would recommend to soften the angle of your beams and to increase the transparency a little though.
Click to expand...

Yeah, it seems a bit over the top. But I like it. It is much better than the first version.

The corridor is better, too, but it still feels a bit "useless". I guess I'd just shorten it a bit.

@Annastasija much better for sure, I would blur the lighting a little now too. 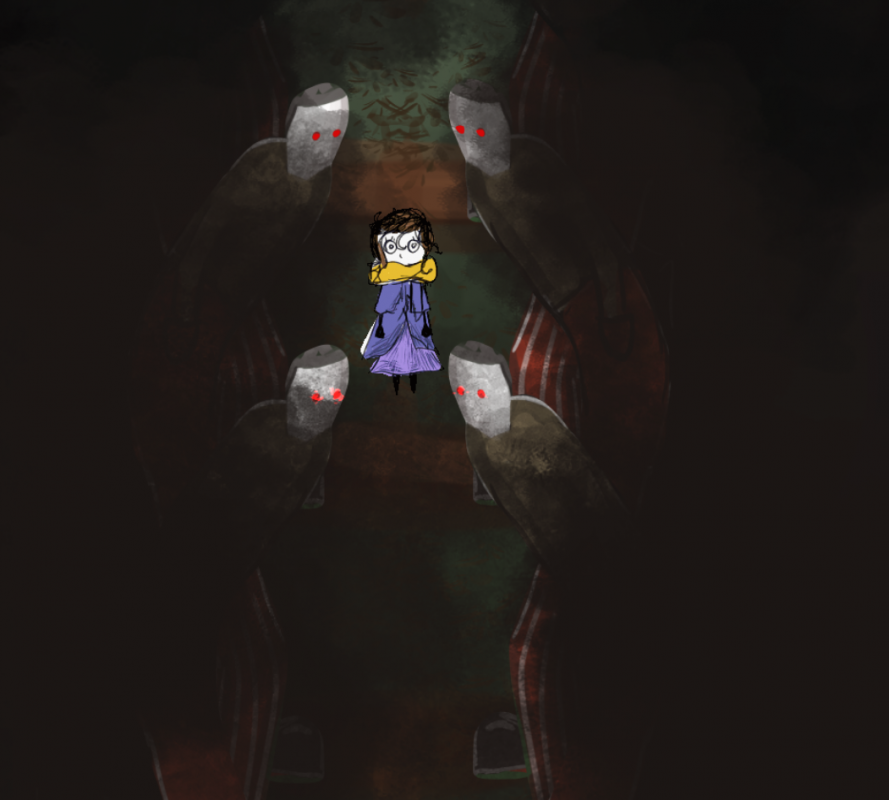 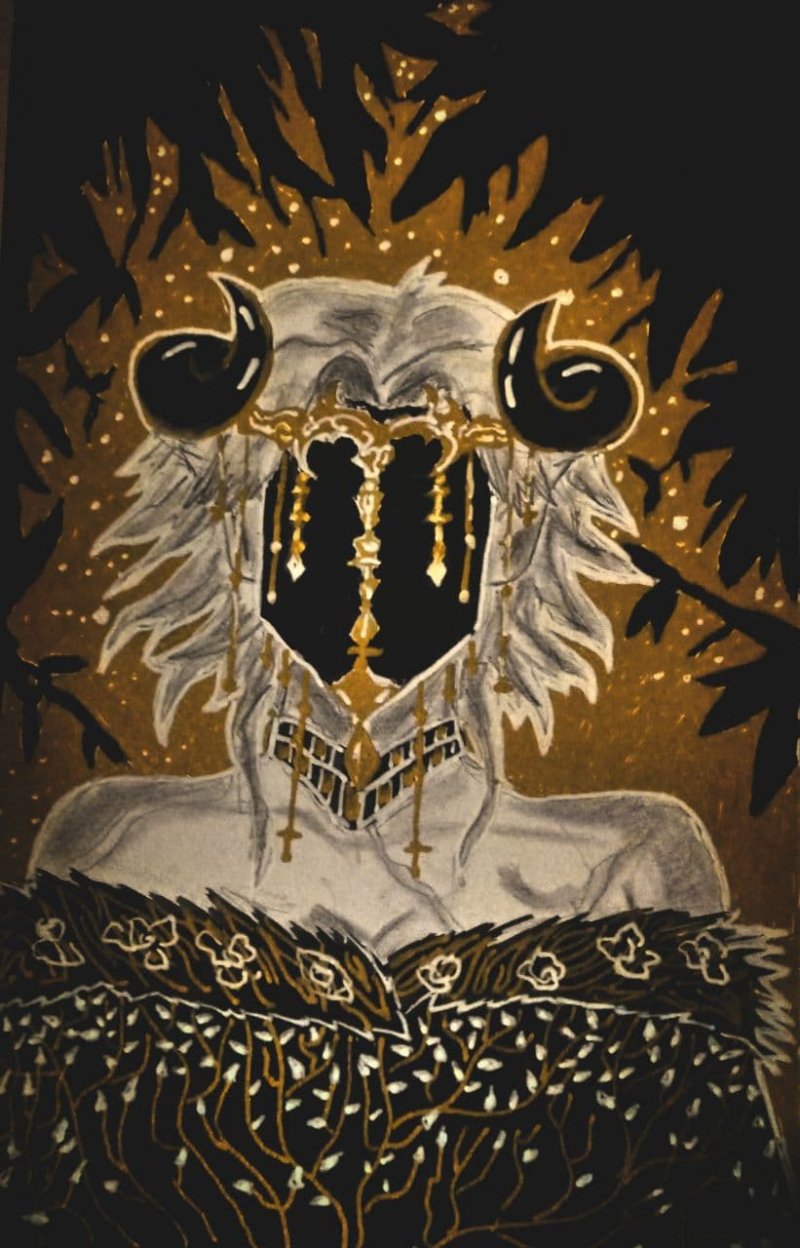 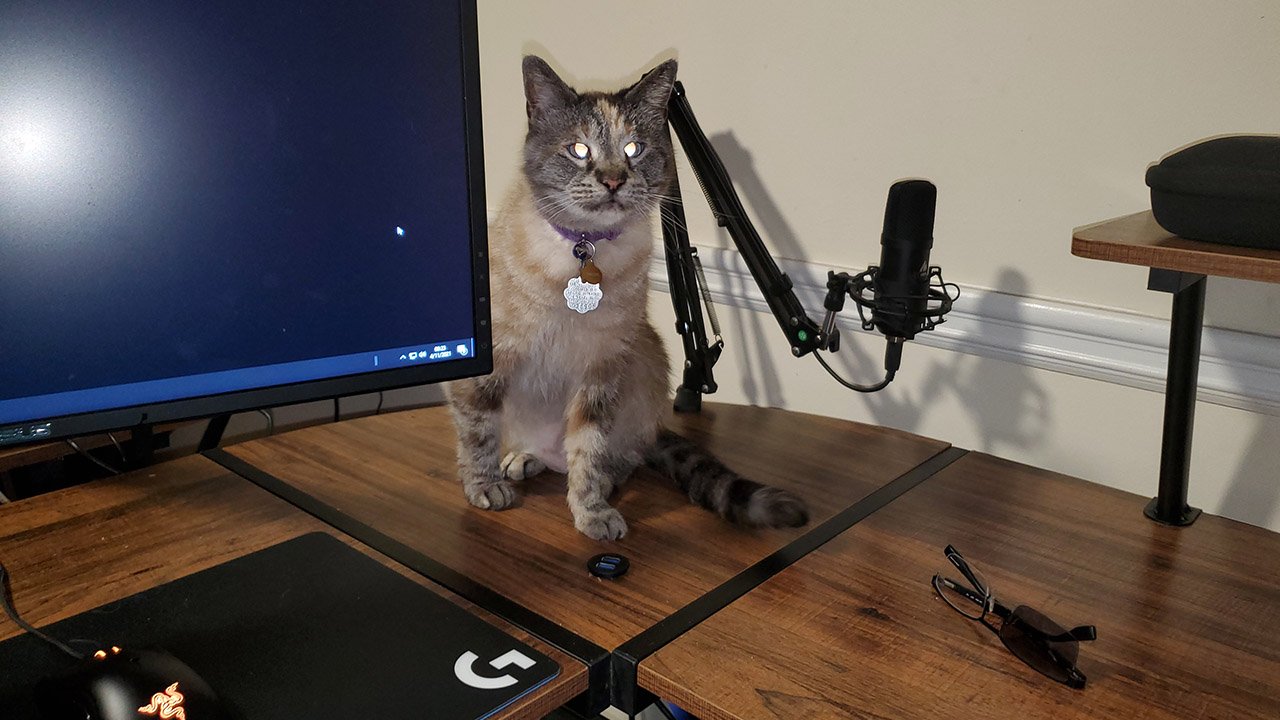