Games Based Off of Creepypasta? 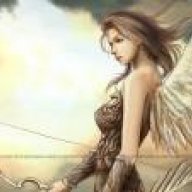 I've had two ideas for games based off of Creepypastas, and I am debating whether going through with making these games because I don't own the stories and I can't seem to get permission to use them.

The first one is based off of One More For the Orphan:

This story was written May 6, 2008. I've been hunting down the author of this story to get permission, but there is literally no trace of him/her. There is no name on the creepypasta, no credit, no contact information, nothing. And everyone I have talked to doesn't know who wrote it either.

The game idea I had for this one is based 30 years after the story was written, and it's basically a new character coming to the orphanage and discovering the story and bringing up new problems.

This one has no date on it, but the person who wrote the story joined Creepypasta in 2011. This one is much more popular. I know of games and stories that have been based off of this game, and I'm not sure if the people got permission from the author. The author left an email address to contact him/her, but I have been emailing for weeks and so far no answer.

My games are going to be non-commercial, so there will be no profit made on them, and I will not take credit for the stories the games are based off of. Would it be okay if I still made the games and disclaimed everything about it except the stuff I own, like new characters, and the plot based around the story? And people write fanfiction and make games based off of creepypasta all the time. Look at Slender Man for instance! I just don't want to get sued, or hurt anyone, you know?

Don't worry about it! As long as it's a creepypasta (not from a book, or movie, etc) you are free to do as you please. Heck, even if it was from a movie/book/comic, if you kept it non-commercial you'd (probably) be fine too.

But I have to advise you. Games that are inspired by other pieces of horror, tend to end up bad. That's because people, who shouldn't be anywhere NEAR a game engine, get hyped with an idea they had based on something they like and use the RPG Maker's easy interface to bring a monstrosity to life.

I am a creep and went through your profile. I see that you also enjoyed Witch's House and Mad Father. Good! That's a sign that you are willing to learn. On the other side, you also seem to be an amateur and unaccustomed to the engines mechanics. I suggest you do the following:

Thanks for the Kanax! I really appreciate it, I've already created the game plots and everything and I am so eager to start, I don't want to let this go!

On that off topic note:

I have managed to make one game before, so I have at least some knowledge with game making.

I did not think about trying out puzzles without implementing them into a game, and I will definitely do it so I can do some of them flawlessly, that would definitely help.

ALL of my maps are parallax. I cannot stand the way maps are made in the game engine, I would much rather hand craft them! That's one of the things I love about making RPG games.

Making it different and unique is what I strive for~!

I read books all the time I'm actually an author first and a video game maker second, I feel this has helped me a lot when creating plots and characters.

Plot and character development, another one of my favorite parts of making games! I've got it down, but I'm open for anything that will help me!

Thank you so much for your input and suggestions, I know they are going to help me so much! If you have any more, I would love to hear them!
Last edited by a moderator: Mar 28, 2015

You can always ask. There are not many dark/mystery/horror developers. We should back each other up

I would say not! Horror rpg makers are hard to come by. I don't have a whole lot to offer, but backing each other up would be a great deal  BD 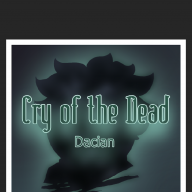 Hiya ice! I'd say keep trying just to hazard on the side of safety, but as Kanax pointed out: the stories were submitted to a public domain forum, and so long as you're not planning to go commercial with the games, then you're in free territory, PROVIDING you credit the orginal author, or if you don't know their name, credit back to the original source.

That said, Kanax has already given you loads of great suggestions. I myself am working on my first project. Well, it's more like 'first project 4.0', but it's still a first. I went through some seriously bad bad baaaaaaaad stuff to get to where I am now, and I'm always learning more!

You can do a lot to get the creepy setting, but sometimes it's the simplest of things that really do the trick. Adjust the lighting and tone of your maps to maximize effects. A good lighting script can also add the right blend. I love creepy games, especially those that deal with parallel universes/existences, dreams, etc. If you're ever stuck, the forums is the place for assistance. There's plenty of people floating around more than willing to help out and lend some suggestions. 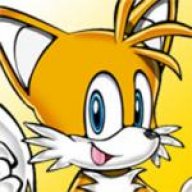 Not a horror professional here, but I recommend you to look into a few youtube videos. There have been quite a few RPG Maker horror games made by Japanese based on Japanese memes and creeypastas. I saw many of them being showcased as Let's Plays like this, this, and this one. They may help you figuring out what's good and bad for your game.
Last edited by a moderator: Mar 28, 2015

Hi Lit and Za, thanks so much for the advice! I sincerely appreciate it. No, these will not be commercial games, and they were never going to, so I hope I'm good, and I wasn't planning on taking all the credit myself! I wish you well in your "first project 4.0" and Za, I'll look at those right away, thank you. Btw, great avatars guys!

I'd say the most important thing is a functional game. Add the creepy later. So you could use the normal tilesets.

I play a lot of RM horror games. While I do watch Cry and ManlyBadassHero's LPs (lots of horror games) I initially subscribed to them just to be tipped off to any that flew under my radar. I'm subscribed to a few people for that same reason and don't actually watch any of their videos. LOL. I'm also on a group that links to horror games as people find them.

And I can tell you right now the big reason I say so many are crap is because they just don't work. Something knocks you back but if you approach from a different side than the creator expected it knocks you over a wall and you get stuck. You get these huge long intros and then have a chance to die before getting to save. You can throw away key items. Doing things out of order let's players get key items too early and skip huge chunks of your game. And the worst I'd ever encountered: don't distribute your game with a save file already in it that leads to the end of the game in a room filled with spoilers.

-Darkness and horror go hand in hand but you need to be mindful of gameplay with that too. If a puzzle requires you to check a painting that's 2 tiles up a wall and the player can only see one tile up they're not even going to know that's an option and the RM rule of "action on everything" is just as annoying as pixel hunting in an escape games. People will check dressers, pots, odd-looking walls. They won't check a normal-looking wall.

-If you have anything chase you, DO NOT use the default VXA method. It's really, really derpy and your chaser will never catch the player. Note that a chaser dealing damage on contact instead of an insta-kill/insta-warp needs to give the player a chance to get away. I've played many where I wasn't even in a dead end and the thing hit me 5 times or whatever before I could move out of the way.

-Get people who don't know the original to test your game. That will give you an accurate gauge on how much is fangasm and how much is legit horror.
Last edited by a moderator: Mar 31, 2015
You must log in or register to reply here.
Share:
Facebook Twitter Reddit Pinterest Tumblr WhatsApp Email Link