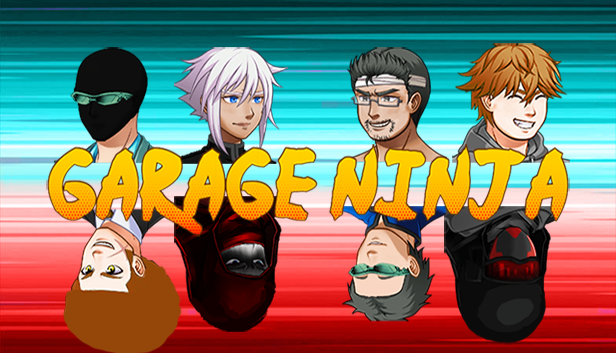 Long ago, Six great clans ruled the world. They each used incredible powers to fight each other in clan wars and it was totally awesome. But all of that changed when the Disney Clan took over. Now, only Garage Ninja stands a chance at stopping them. To do that, He’ll have to bump his power levels and get all the way to Magic Kingdom City without a Time Skip.

Join Garage Ninja, Hentai-Man, and others as they journey to bring down the Disney clan and its sinister leader Kathleen Kennedy. With over 3 Quests, more than 5 boss battles, and at least one hour of original world to explore, Garage Ninja is sure to be worth at least 10 cents if we are being generous.

Garage Ninja is a Free roam Turn-Based RPG with 13 unique Styles and 15 Playable characters to master. This game offers a combat system that allows the player to learn almost any skill faced within the game regardless of starting Style. This opens the door for a massive variety of builds and classes each character can fall into. Be warned though, Your foes will be rocking a large variety of moves against you.

Just a few of the main characters from the Game. I want to keep most of them a surprise so I'm only adding a couple. 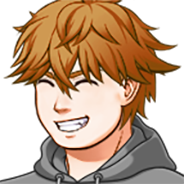 The Last Member of his Clan, Garage Ninja has been forced to survive on his own for almost his whole life. He's fought indie actors, fraud Ghost Hunters, and the Forces of Disney! Now he's facing his biggest threat yet, Bad writing and all those other things but at the same time! Garage ninja is as stupid as they come but makes up for it with insanely high power levels.

The Last Member of his Clan, The Protagonist has been forced to survive on his own for almost his whole life. This hard life leads him right to the hands of Disney where he was trained by Kathleen Kennedy to be an unstoppable killing machine. Nearly untouchable and fighting for what he believes, He is the Protagonist of his own Story.

The only child of Vape Nation Leader, Juul has been raised to inherit the Vape Nation when the time comes. She is afraid for her people and is prepared to do whatever it takes to stop Disney before her beloved people fall to them like so many. As a close childhood friend of Hentai-Man's, She is drawn into the adventure to bring Disney down.

The World of Garage Ninja is in the middle of a battle between old and new. The last of the great clans are struggling for power in the new world Disney has created. The world of the game is currently home to twelve different cities, but that number is increasing. I'll run through some of my favorites with pics.

The Village Hidden in the Jumpscare: Founded by Lord Jason Blum The First, The Jumpscare Village is full of monsters, Ghosts, and Frauds! This village is home to the Overlooked motel, Hack Baggin's Haunted Museum, And Camp Crystal Vape. It's located not far from the Blumhouse which is the most haunted place in the world according to Ralph Semoore on trip advisor.

Magic Kindom City: The Largest City in the world of Garage Ninja, Magic Kindom City is on the edge of technology and leads the world in government-related disappearances. It's the headquarters of the Disney Clan and holds Mousetafar, Kathleen Kennedy's Evil Base. This city is home to Micky's bar, The Disney Vault, Cyberfish Sushi, and much much more.

Flavortown: The tastiest place on earth founded and run by chefs. Flavortown is full of restaurants and food marts. It's ruled by the Flavorkage himself, Guy Fieri, and his many Flavorprentices. If you want a place to get some grub or to learn to cook, Flavortowns got your back. This town includes Sauceboss Coffee, China Harbor Express, and the Food War Arena.

I may add more city updates as I go. There is a lot I'd like to show but can't for spoiler reasons.

I'm planning on releasing a Demo that includes everything up to Flavortown this week. So look forward to that. 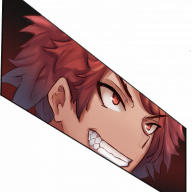 This looks entertaining. Can't wait to test out the demo ^.^

Demo is out now on Itch.io. The link can be found above.

I thought I was going to play, but you missed something 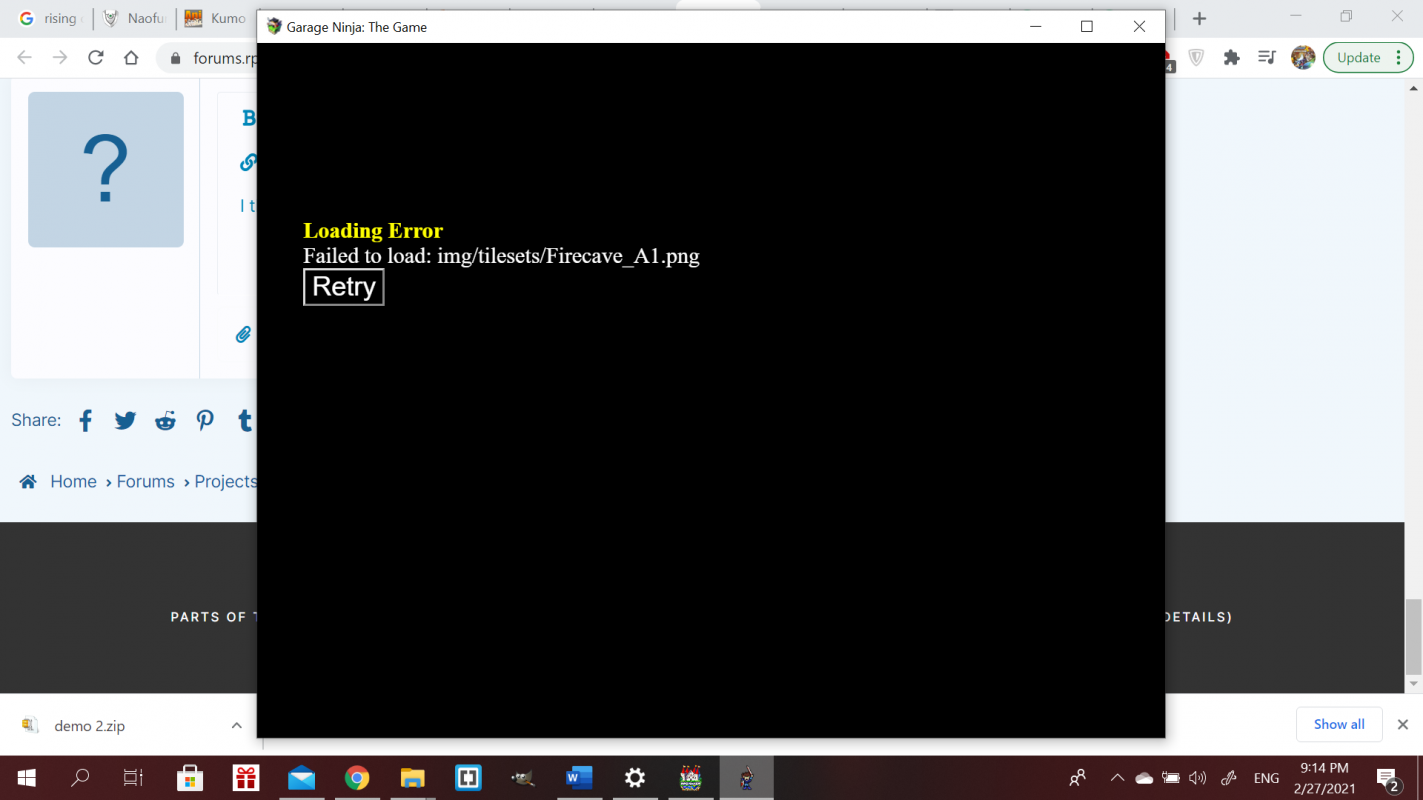 Killerslash said:
I thought I was going to play, but you missed something

Wierd, I must have accidentally deleted something while cleaning up the folder. Ill fix it when get home from work

Killerslash said:
I thought I was going to play, but you missed something

Sorry about the delay. I fixed the issue and uploaded a new version. I ran a playthrough and did not bump into anything else so it should be good now.

I've released a new version of the demo. It has some balancing stuff as well as loads of bug fixes. it has some new content scattered around and a surprise for anyone who finishes the demo!

I've got some updates for y'all. The (probably final update for the year) for the demo is coming out by the end of this week. It's going to add the Food war which includes cooking, ingredient hunting, and fishing! There will also be some new side quests and areas to explore. Also the normal bug fixes and whatnot. It should be mentioned that I'm experimenting with a new fullscreen setup as seen in the screenshots below. That may or may not be added to the demo depending on how it turns out. 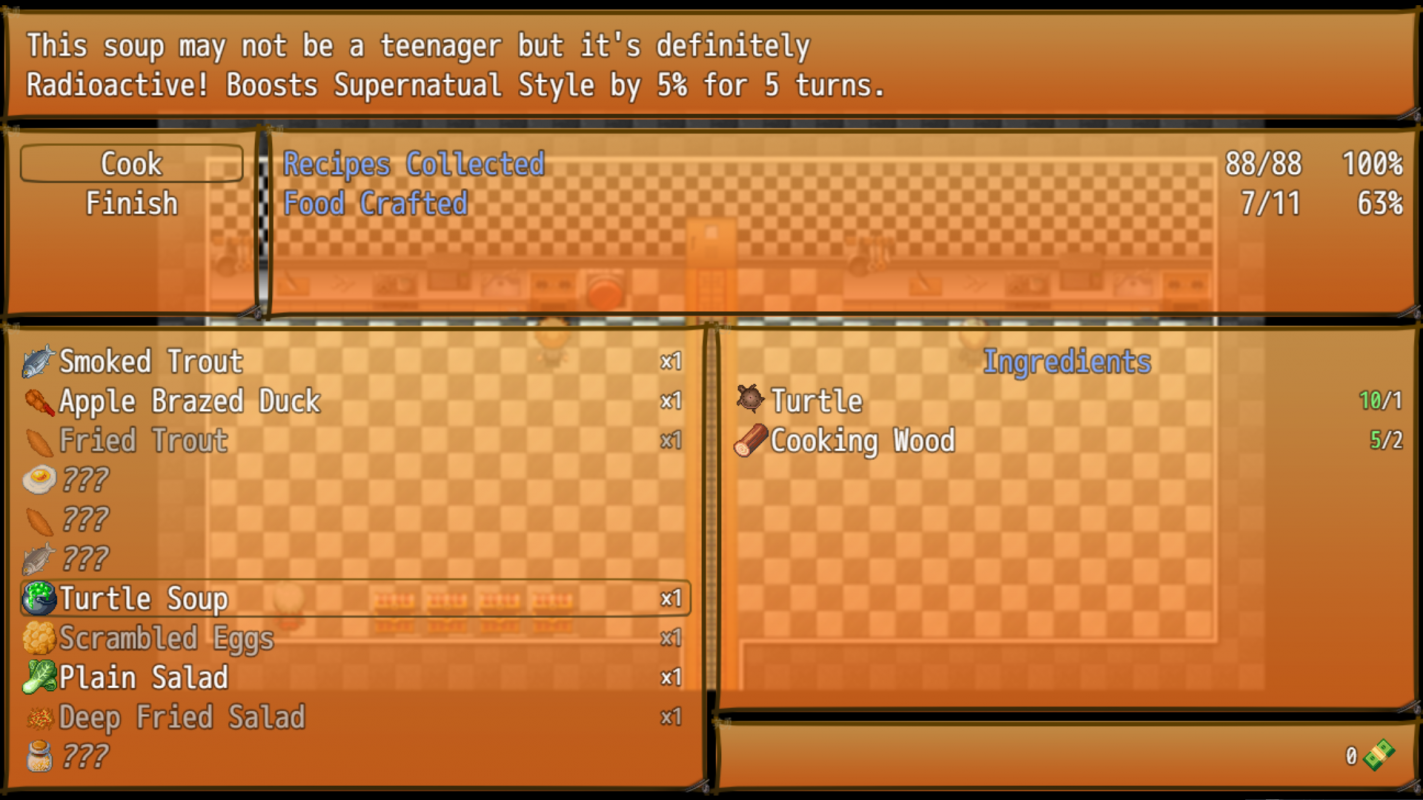 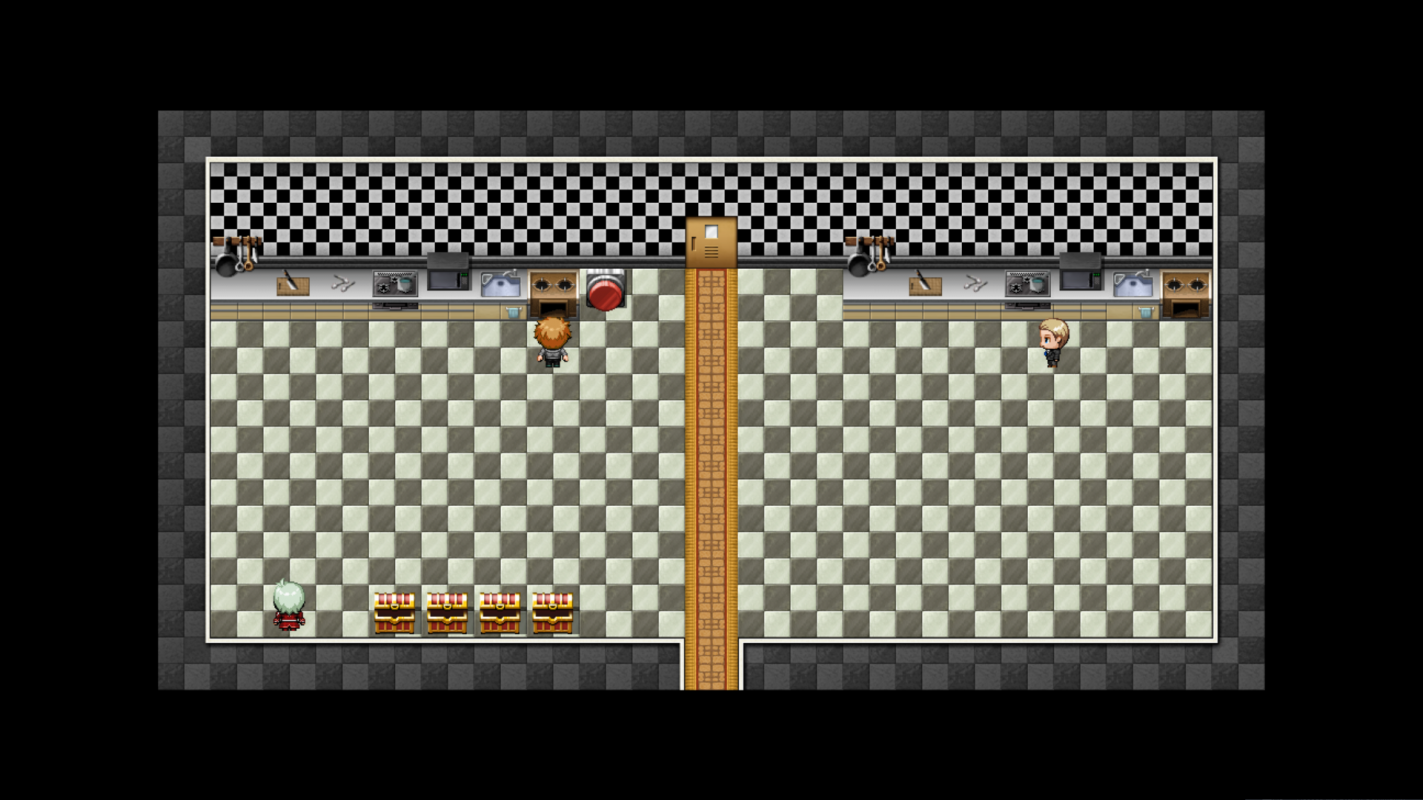 bjorn56 said:
I've got some updates for y'all. The (probably final update for the year) for the demo is coming out by the end of this week. It's going to add the Food war which includes cooking, ingredient hunting, and fishing! There will also be some new side quests and areas to explore. Also the normal bug fixes and whatnot. It should be mentioned that I'm experimenting with a new fullscreen setup as seen in the screenshots below. That may or may not be added to the demo depending on how it turns out.View attachment 185118View attachment 185120
Click to expand...

So I may have lied lol. I got caught up with some school stuff and have not had the time to finish the update yet. I'm working on it and really hope to get it out this weekend.

Today is my birthday so I'm posting an update. I've finished the Flavortown update. After playing through it, I decided that I want a longer demo for the game so that y'all can get a better picture of the actual story of the game. So, I'm going to polish the next couple of storylines including the Vape Nation Village with Juul and the Crime village with the Anti-league. After I'm done, I'm going to release the whole thing as a massive update. I'll post pics as I go. Here are some screenshots of what I've got so far. 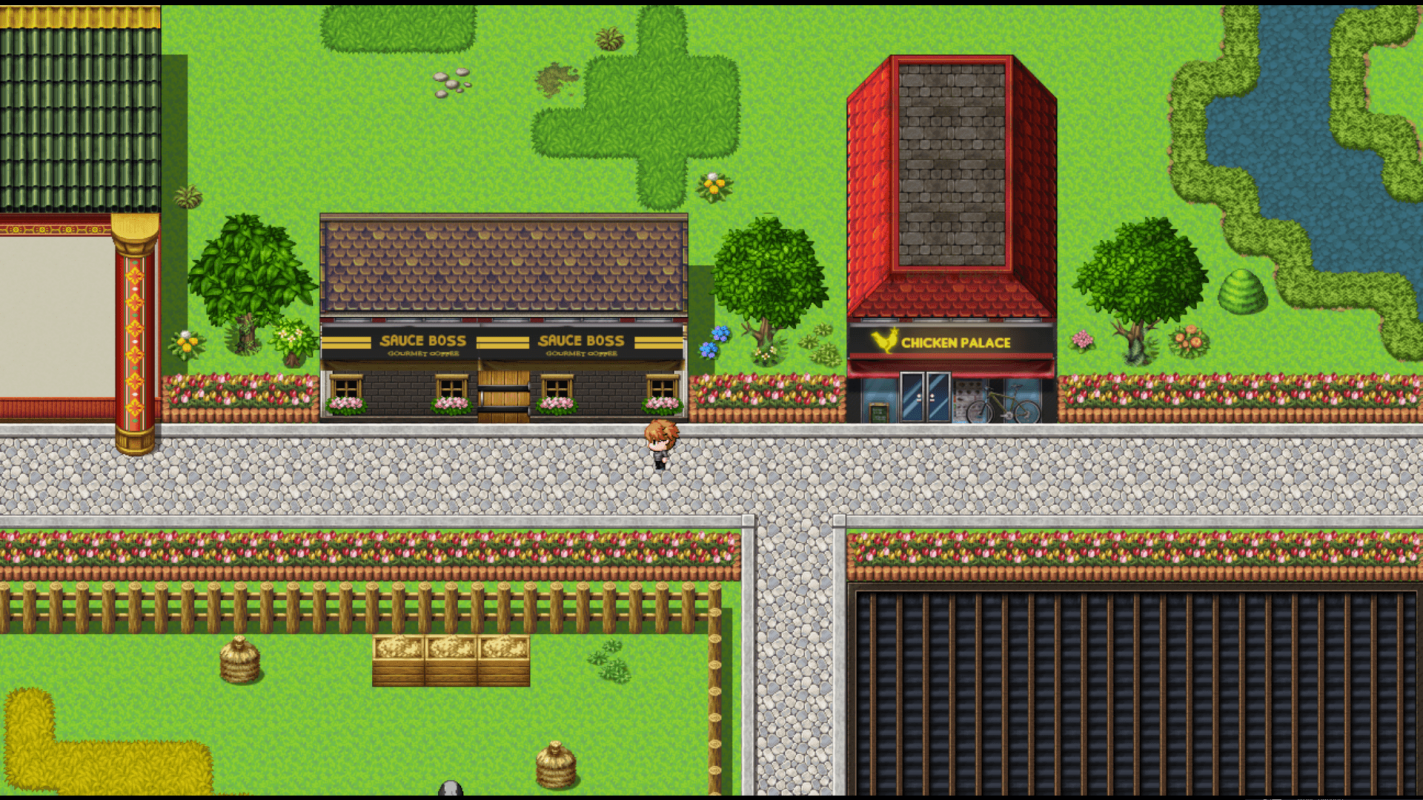 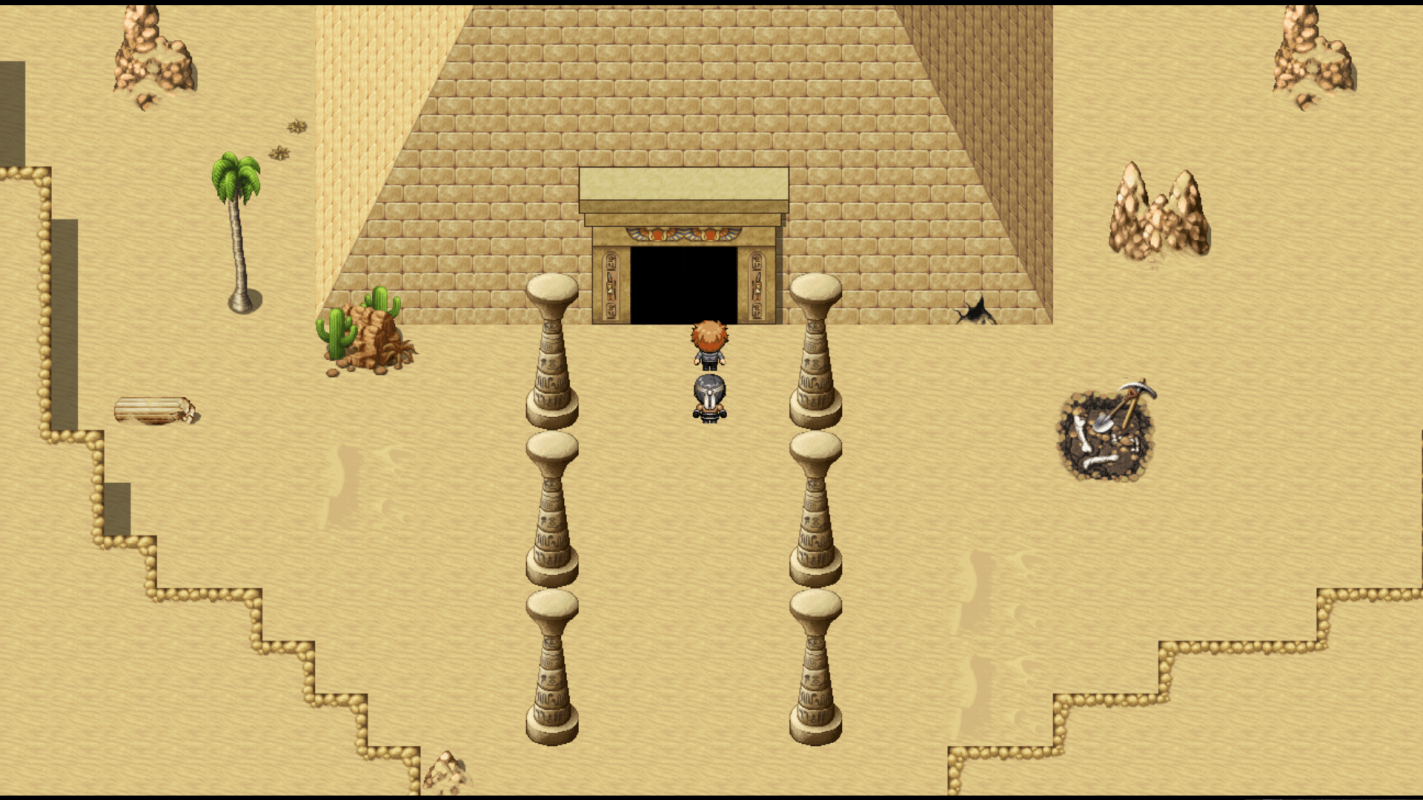 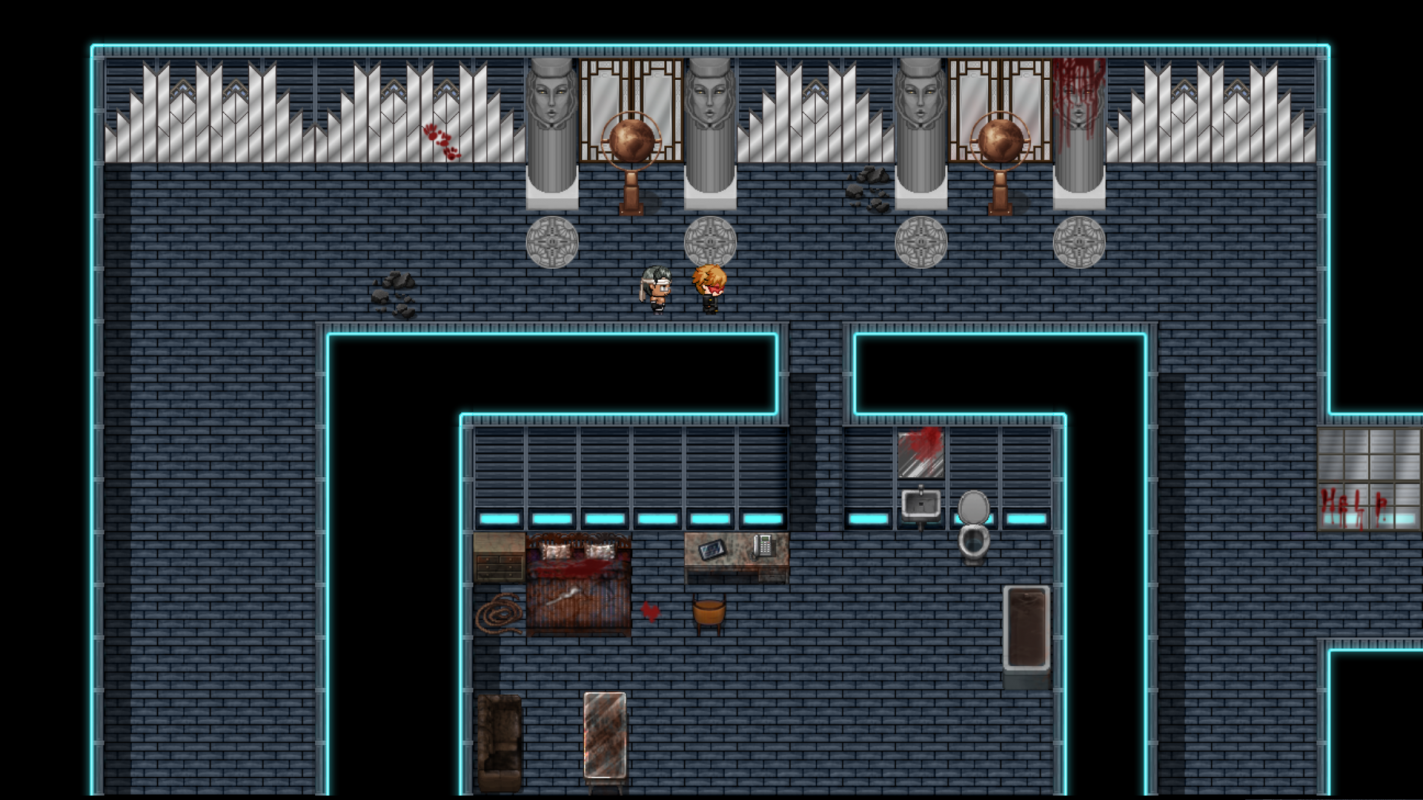 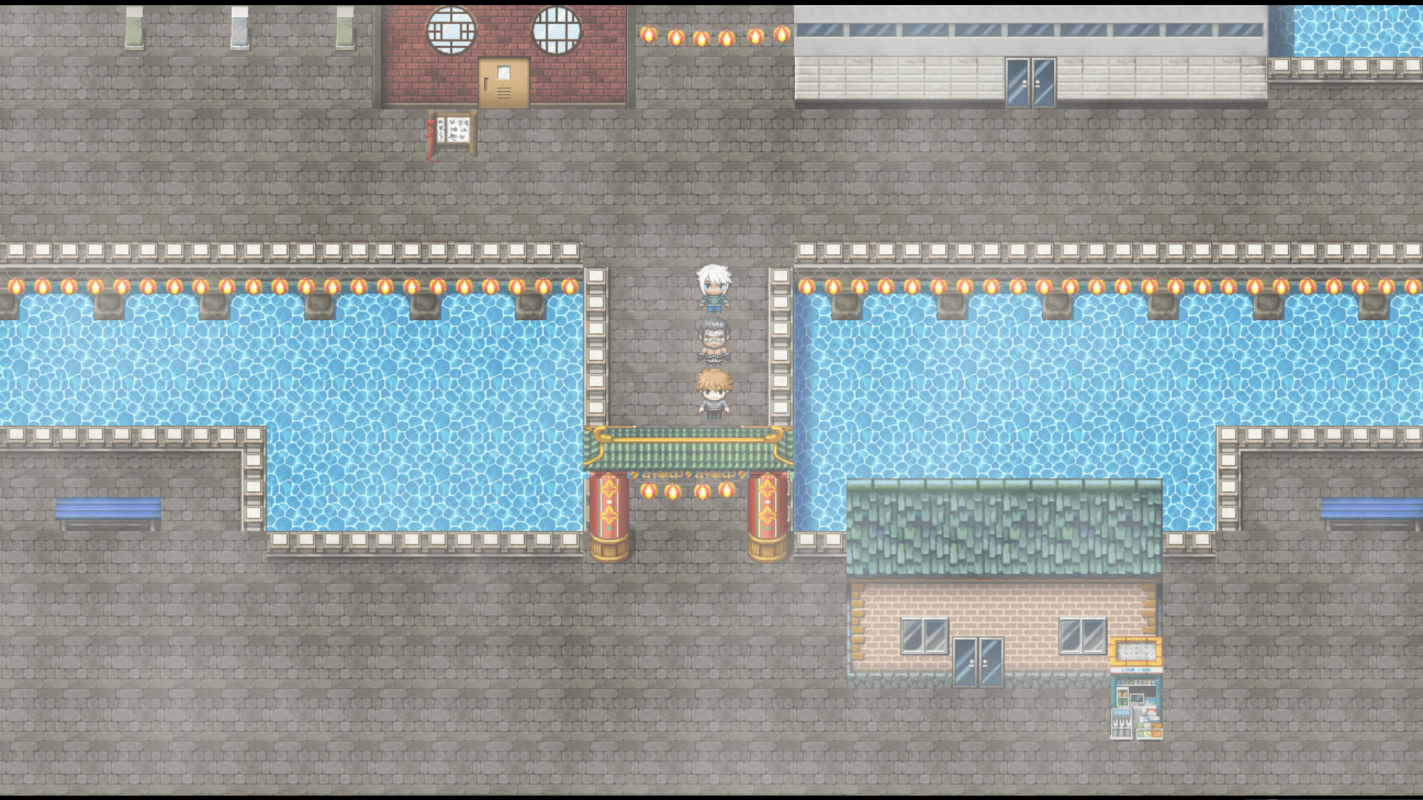 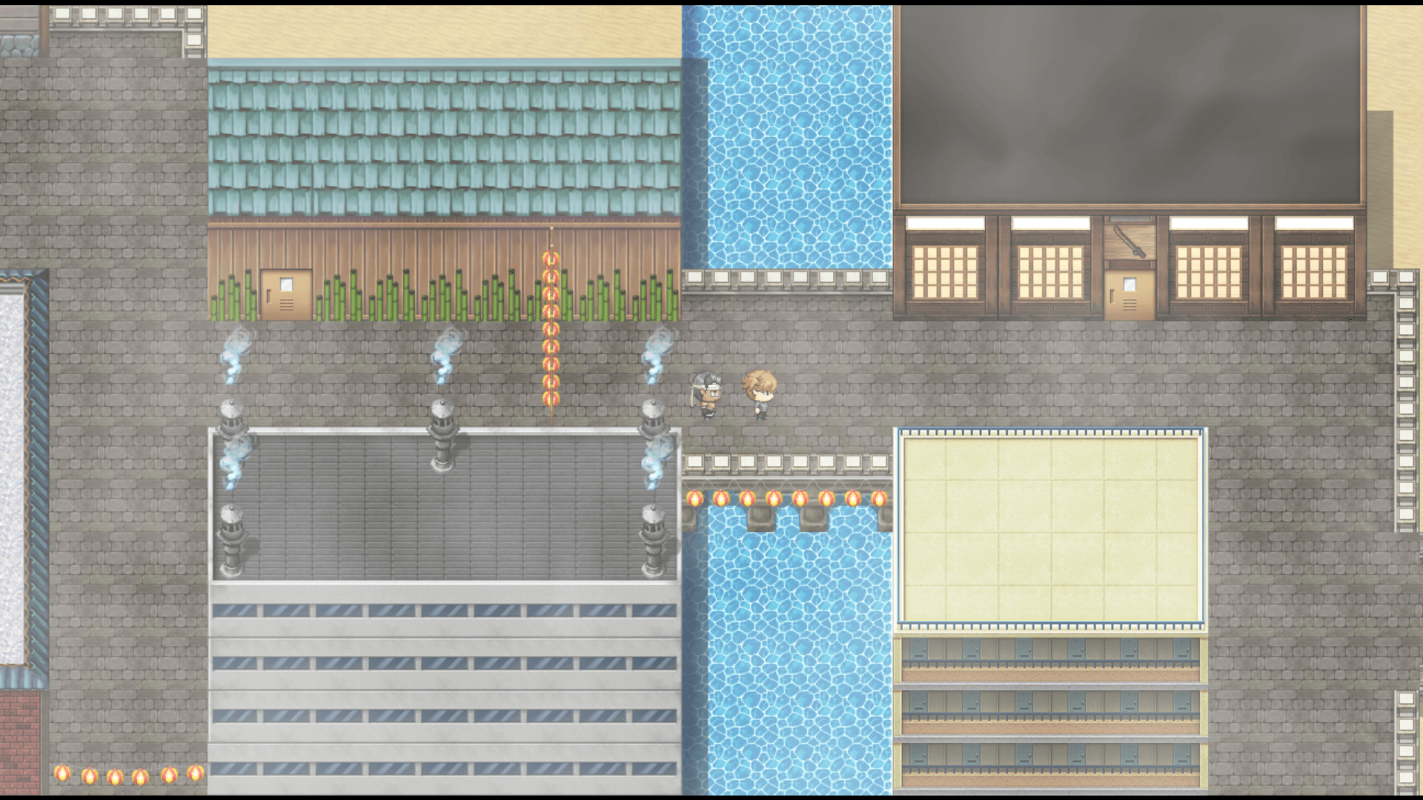 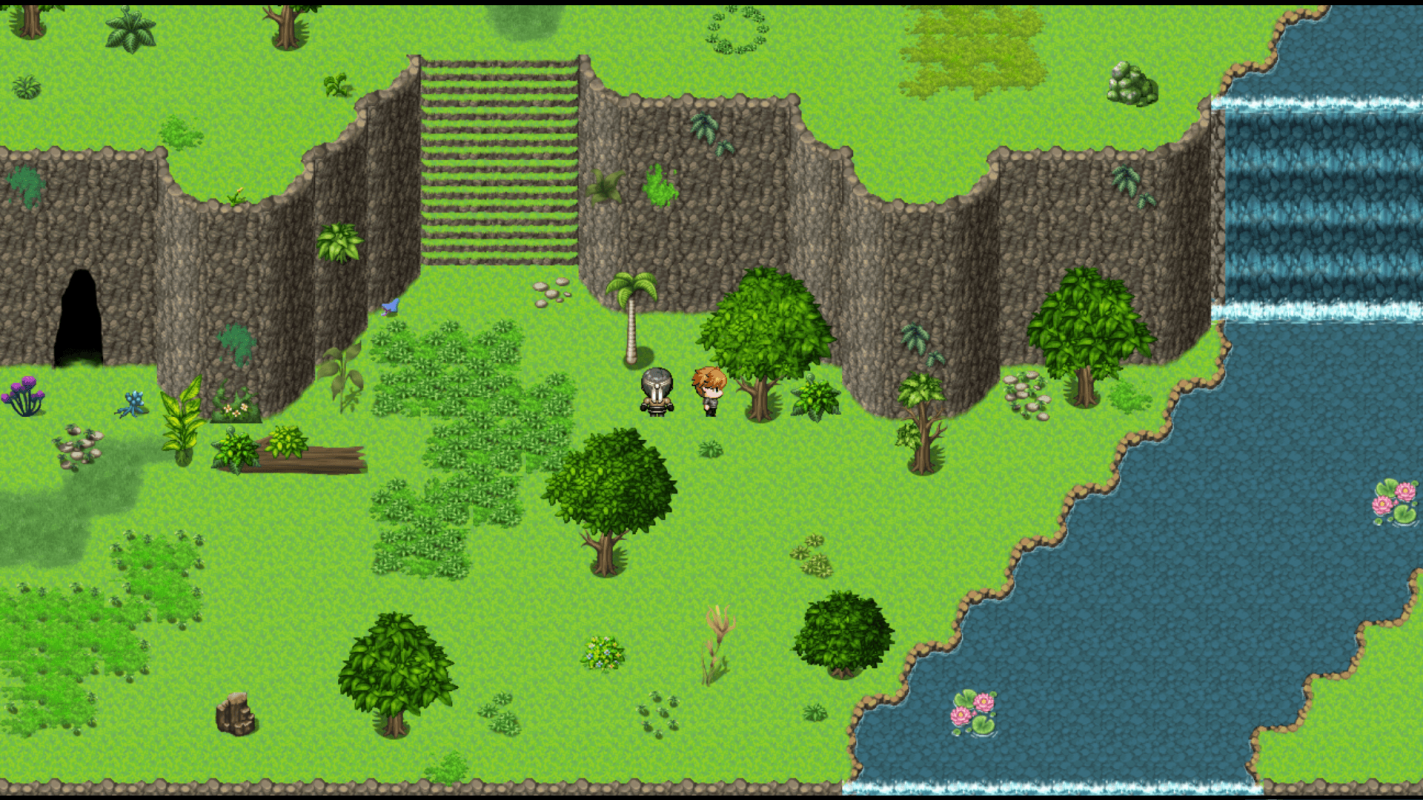 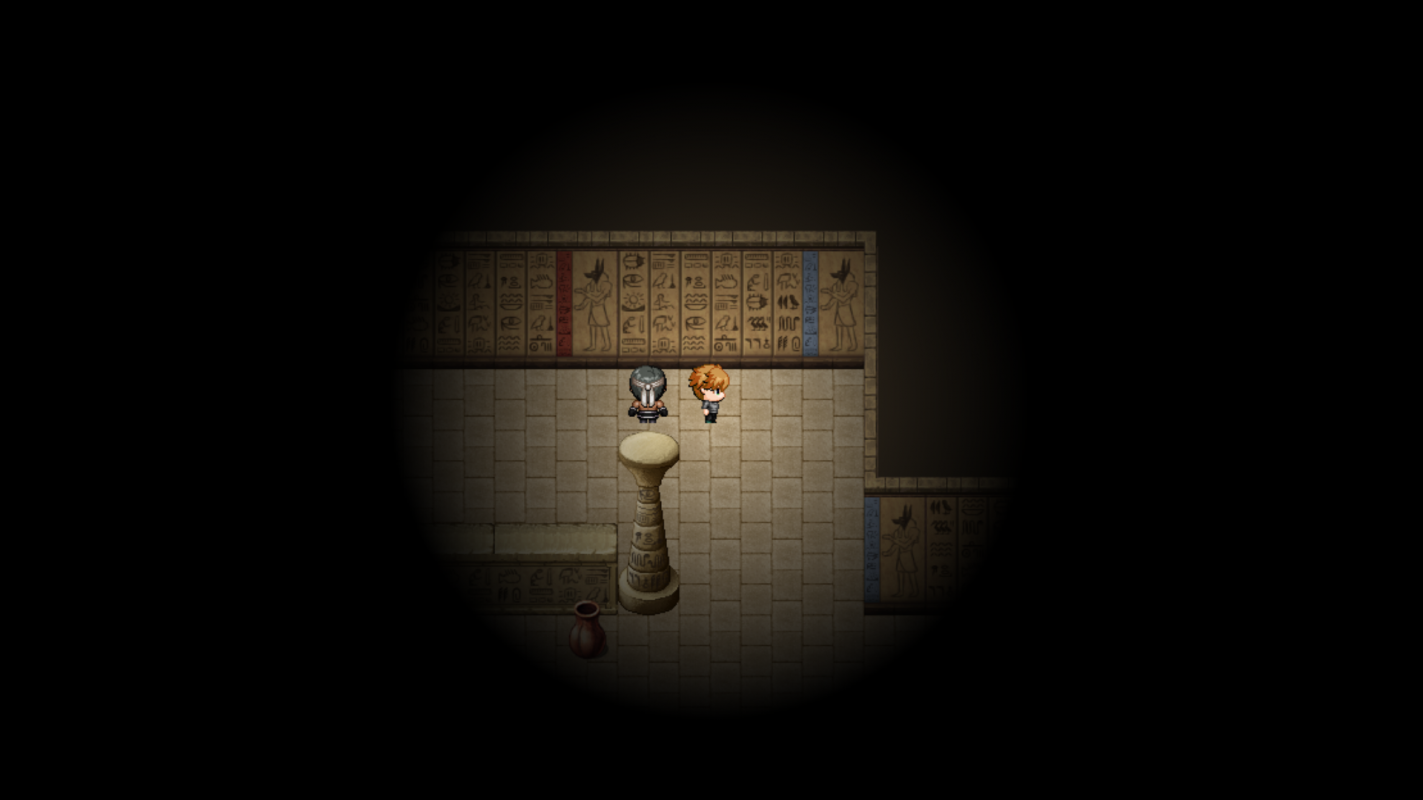 Last Update! I'm making good progress and just finished a cool side quest today. I expect to finish the mega update by July. It should add at least six hours of content give or take. More screenshots below. As for a trailer, stay tuned to the Bethesda/Xbox e3 conference for a surprise. It's not this game but I'm sure its something cool. 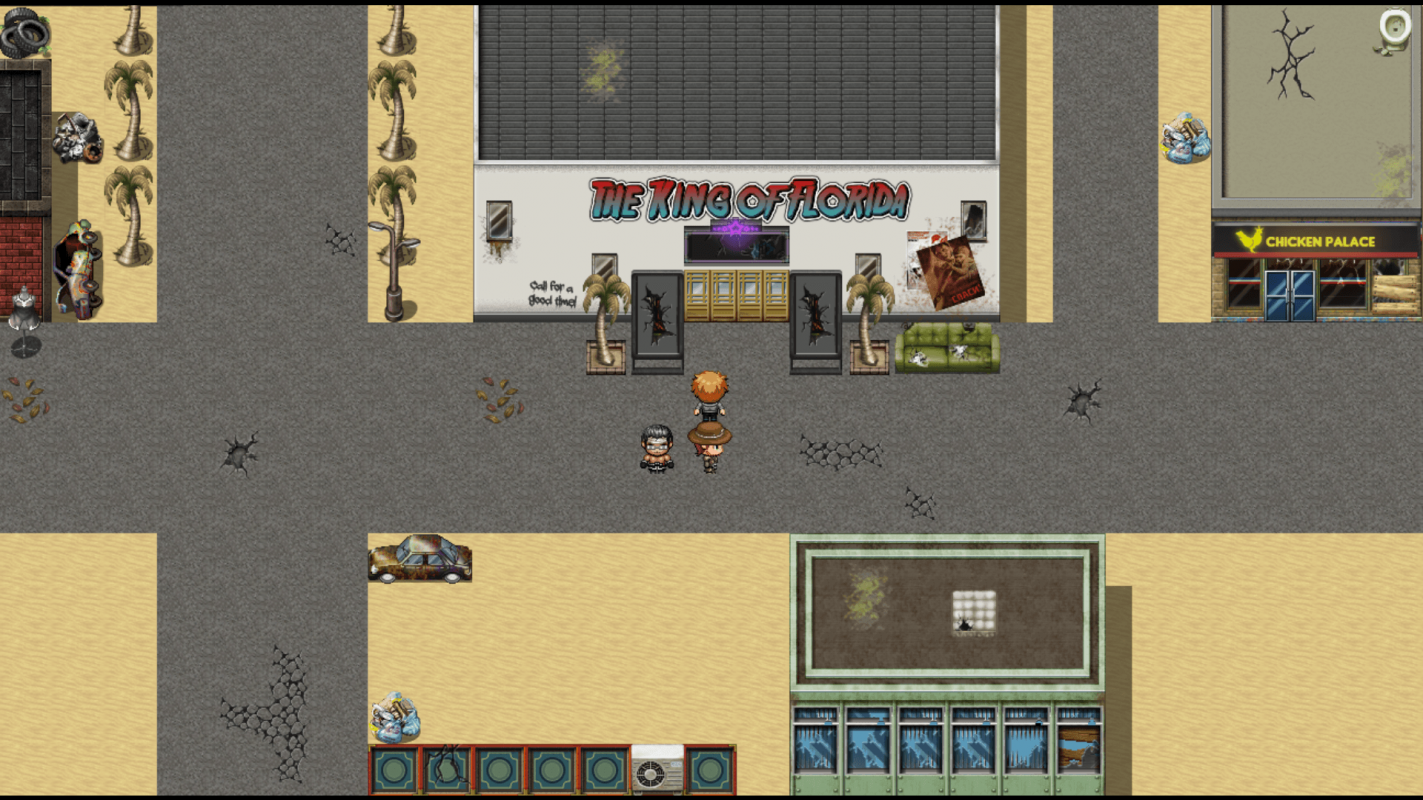 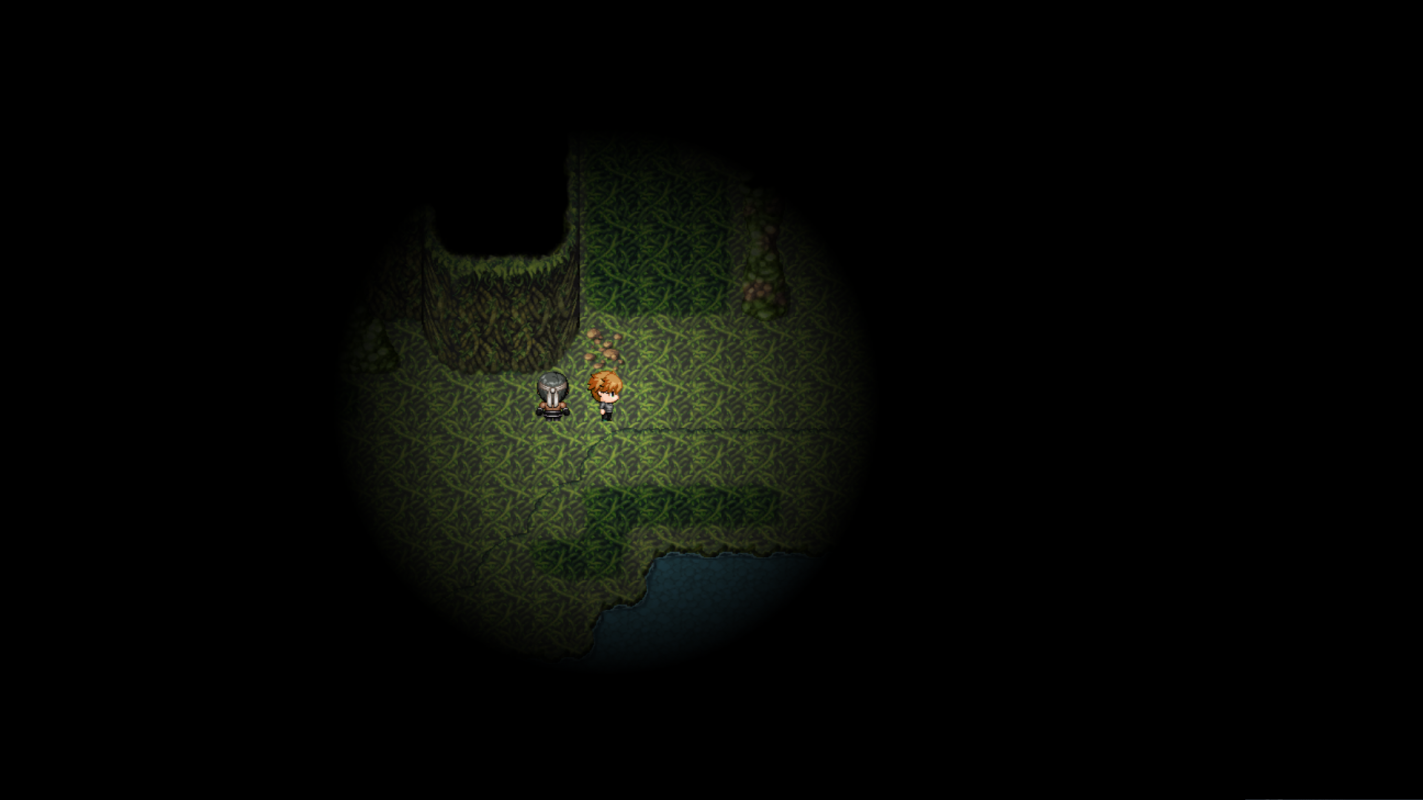 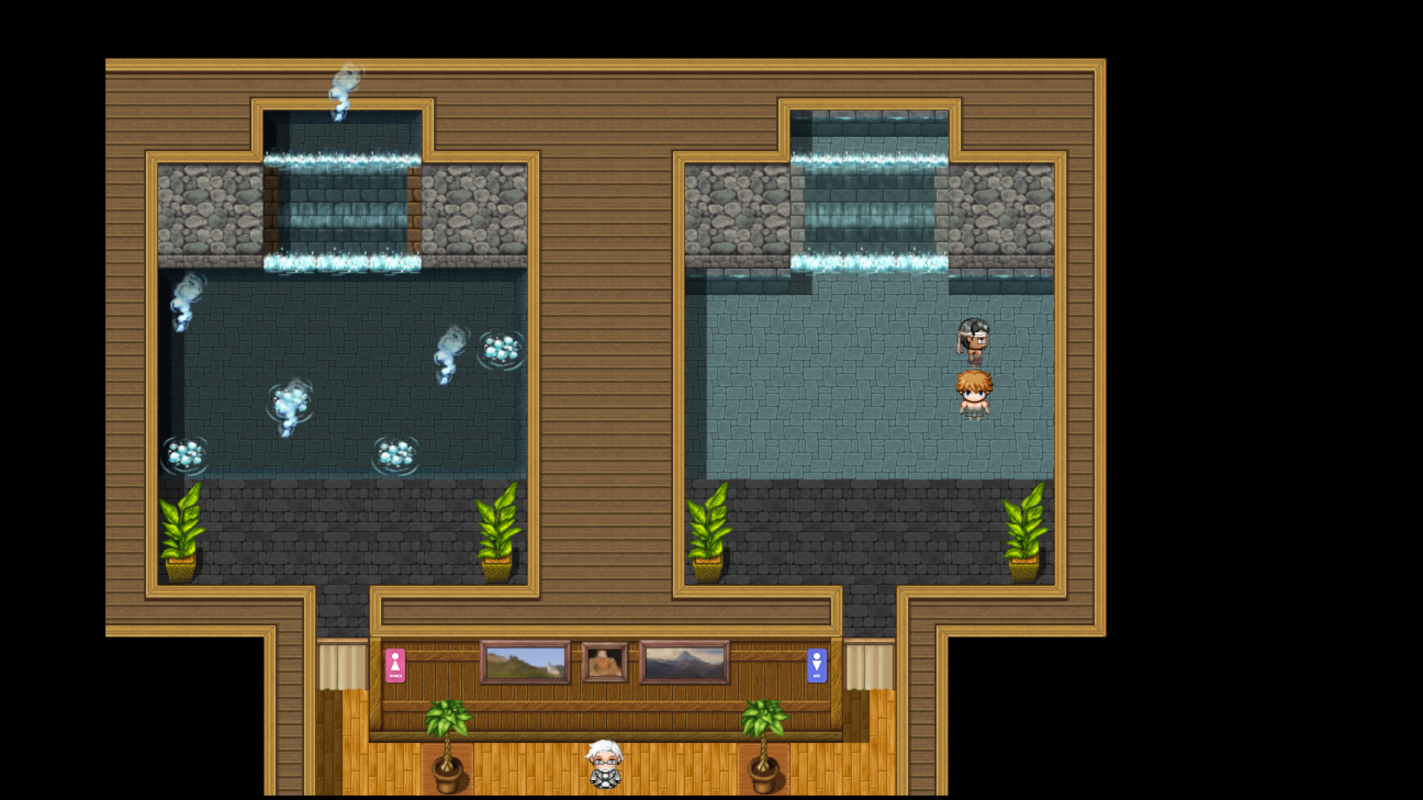 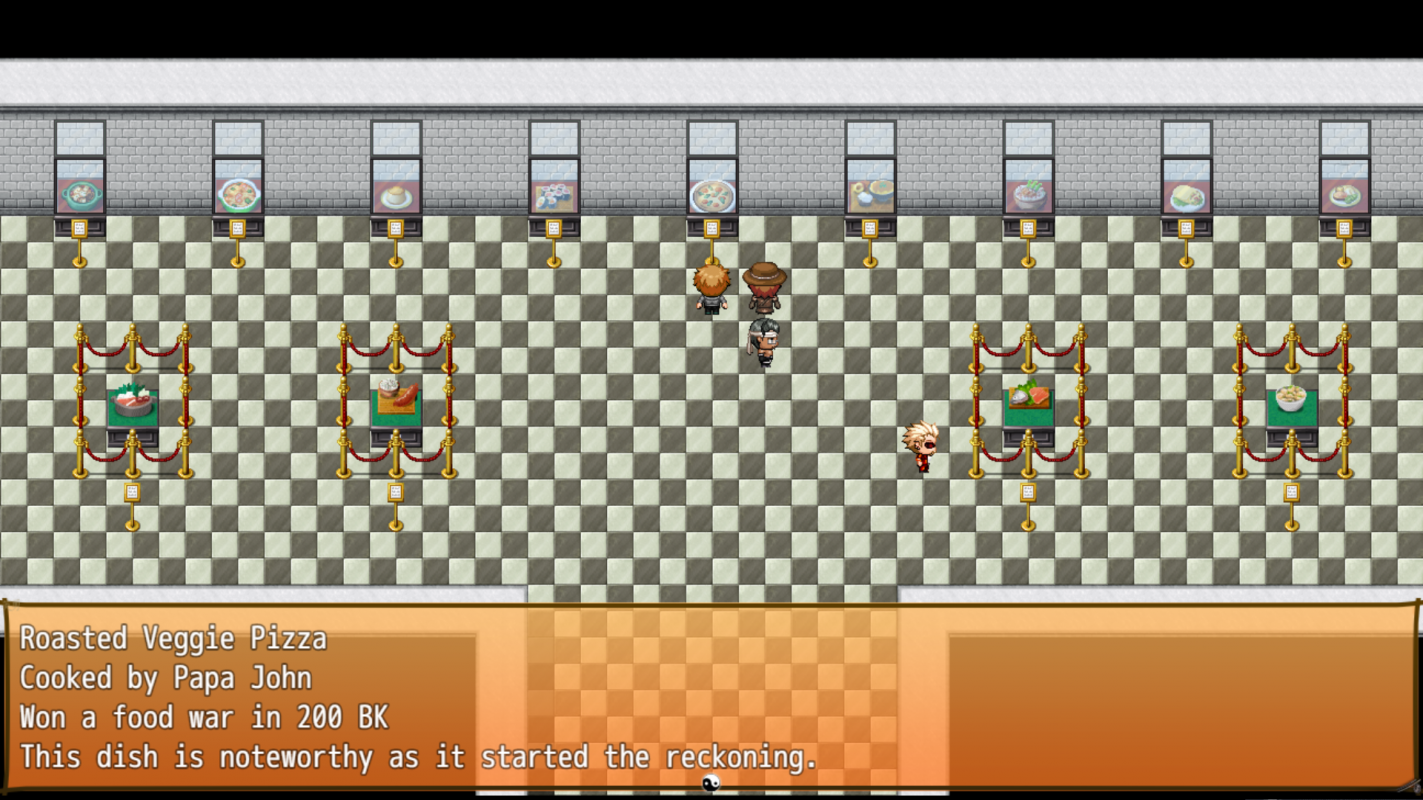 Redeye
Here's a medical question for ya: Why do I start lightly coughing after I drink coffee?
12 minutes ago •••