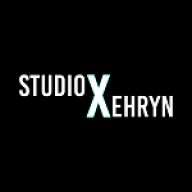 WORD FROM THE DEV
This game contains original music and artwork (for the most part, many of the tilesets and icons are from the community). The game is around 15 hours long if you complete every quest, which is recommended for the full experience as the narrative of the game is told through these quests. Turn up the difficulty if you want to make combat more interesting. If you find yourself stuck on a puzzle, check my website for hints.


SYNOPSIS
After the rise of a secret organization named Providence, Jun, a mercenary, finds himself caught in the middle of a coup d'etat. To restore order, he and his best friend Ne'l must journey across the entire continent of Iris, helping citizens in need while liberating the Empire from a dark legacy.

GAMEPLAY
This game has an interconnected world. Each village on the continent has characters seeking help, and their requests might send you on adventures all around the continent!

BACKSTORY
On Iris, the term mercenary has changed to mean something different. With the start of peacetime in the Fourth Age, the Mercenaries' Guild found its new purpose by serving the government. The Guild became the acting police force, at the same time providing help to people who request it. Through the "Mercenary Request" system, people can request help from a mercenary to carry out tasks or odd jobs for a reward.


CHARACTERS
Jun - 22 year old Mercenary
The protagonist of the game.


Abandoned at birth due to his white "demon" eyes, Jun was adopted by Guildmaster Julius of the Mercenaries' Guild.

Jun is usually a serious and quiet person. However, when he's around his best friend, Ne'l, he opens up and becomes slightly more expressive.

He enjoys helping others, due to his upbringing in the Mercenaries' Guild. He wants to help others because he himself was helped by mercenaries.

He despises people who manipulate others for personal gain. Ironically, Jun's eagerness to help others make him an easy target for manipulation.
Ne'l - 24 years old Blacksmith
The deuteragonist of the game.


Ne'l was born and raised by a blacksmith family in the East. Naturally, Ne'l became a blacksmith. His family provides the Eastern Order of Assassins with their weapons.

Ne'l is a seemingly outgoing person. He is able to gain connections to powerful people, like Crown Prince Taevas and Guildmasters. But despite this, he doesn't have many close friends, besides Jun and his wife Elena.

I have tried my best to keep the game as bug-free as possible, but some have emerged that I cannot fix at the time. Here they are.
Hard to Reproduce (If you can consistently replicate these, please let me know)
Common

Hi all, v1.0.2 has been released, along with bug fixes and balance changes. The main post has been edited as well to be a bit more descriptive.

Hi all, v1.0.3 has been released. There's been a revamp of the crafting system, along with a bug fix and some balance changes. The required external files have also been included.

Hello, v1.0.4 has been released with mostly minor fixes. Any feedback on this game is greatly appreciated!

Excellent mapping (I don't care if it was made with the original RTP assets) and very nice monsters. I think it's the best wolf monster I ever seen in a RPG Maker game. Seems like a solid game, and I hope I can find time to play it soon. I promise you that once I play it I will give all the feedback it deserves.
You must log in or register to reply here.
Share:
Facebook Twitter Reddit Pinterest Tumblr WhatsApp Email Share Link