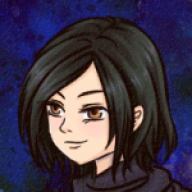 So... this is the first project I ever posted about on this site, and I'm really nervous about it all. But of course, some feedback is needed and while this project predominantly was started for getting used to the new engine, I'd really like to finish it! (for once) In that spirit...

What is Ghostling all about?


Ghostling is going to be a short-ish game about, well, dead people. After awakening in a strange place that is not quite yet the afterlife, but also most certainly not the world of the living, you must now fulfil one final task to become a proper ghost. But what kind of task is it, exactly? Hard to tell when you can't remember your life at all. Talking to other, equally lost souls might provide some clues, and there is a guide to supposedly help you find your way - but in the end, only you can know your path.


Who is this "you" exactly?


This girl with the immensely expressive face:


[IMG]https://41.media.tumblr.com/afd919f4e146732eb46e28d56c3de486/tumblr_nx3cskyAzO1saaxrko2_250.png[/IMG]
She doesn't remember her name or anything else for that matter and seems surprisingly calm about this whole "being dead"-thing. A little detached from everything going on, she doesn't seem to have even a single clue about her task. Or perhaps she has simply been a really boring person during her lifetime already?

What kind of game is this going to be?

Not one involving many battles, that is for sure. :') Ghostling is all about exploring and following the story towards wherever it may flow. There won't be much action, instead just lots of dialogues and flavour text. It's also not a horror game, despite being about dead folk, so don't expect for the suspense to kill you. Of course, these lands are also not the most joyous ones to walk around in. Everything is rather quiet and just a little bit strange. Overall, I don't expect this game to become longer than about 1 hour of game time.

Honestly, mostly? I really need to know if this kind of game is interesting to anyone but me at all. :') Or if, you know, it's so boring that people turn into ghosts themselves while playing. That would be tragic... Any other kind of feedback of course would also be appreciated! Since well uhm... I usually only ever show my games to my friends, and I don't really know what response to expect here.

Can be found here.

I wish the file was smaller, I really do. I already kicked out lots of unneeded image files, but for animations, audio etc., I just don't know yet for sure what I will and won't use, so... sorry for the file size.

One of the maps has a lot of water, and it lags a bit when I play the game. I'm not sure why though and how to fix this, but it shouldn't break the game.

Things I want in the future:

So basically aesthetic improvements. Unless someone points out things the gameplay could really benefit from or the likes. I'm always open to suggestions.

I've used plugins that came with the preorder, mostly by Galenmereth and Yanfly. Graphics so far are either RTP, preorder stuff, my own weird parallaxes or other stuff made by me. Of which there really isn't a lot in the game this time (I usually prefer to use my own face graphics by now), because I really wanted to try out the new generator. Also I'm very lazy when it comes to spriting. Stepping sounds for now are mostly taken from this thread (thanks again for that tutorial!), but will likely be replaced once I find some public domain ones so I know they'll be safe to use.

And... I think that's all for now. So, please let me know what you think, whether it's love or hate or anything in between. And have some sparkles to go  (ﾉ◕ヮ◕)ﾉ*:･ﾟ✧ no escape from emojis ever, sorry

Downloading the demo, will let you know what I think! ^_^ Sounds very interesting

Very cool, I like the lack of music at the start and the use of the BGS, it creates a good atmosphere.

Only criticism is once I got to the first place (outside where you meet the guide), you can suddenly DASH. I think dashing should perhaps be disabled to begin with just to keep up with that slow, dramatic "WHATS GOING TO HAPPEN" feeling, you know? Just a suggestion though! I'm probably wrong xD

I also like that you've put a lot of effort into little details like all the abandoned igloo's have different text, and when you're talking to NPC's they jump about etc - you can almost feel what they do!

I like how the slimes explode when you defeat them in what seems to be the final room of the demo, however maybe they should be set to player touch? It seems you need to use the action button to battle them, almost making it too easy to just walk by, though maybe this is deliberate, seems cool either way.

Aaah, thanks for playing and writing out your thoughts! I'm very glad that you liked it so far.

As for the dashing... I think you're right. :') I disabled it on the so-called world map, to evoke the illusion of actually passing some distance, so I didn't think it would be necessary on the other, theoretically smaller maps. The dashing does seem very fast in comparison though and it also sounds kinda weird with the stepping sounds, so I suppose disabling it altogether is the way to go. Thanks for suggesting that!

The slimes are deliberately set like that, yes.   You actually have to defeat only the one blocking the path, anything else is just mindless slaughter of poor, lone slimes. I actually planned to let them run away from the player, once I get the hang of that "chase player" plugin, but now I don't know if that might not be overdoing it. ^^" I thought some stress-relief in form of slime-bullying is definitely needed after talking to those receptionists though.

I quite liked this, reminds me about Beetlejuice or Grim Fandango in some way, interesting concept and execution.

The mapping is decent, a bit weird in some places but I do like a lot the effects you added on the world map and the tints you used are appropriate for the spooky\underworld setting. The atmosphere fits too and the dialogues are nice, sometimes a bit on the long side but never boring thankfully, I also like how you can make the main character interact with pretty much anything around her (you added a lot of dialogues and descriptions here and there) and this encourages exploration. I totally saw myself into that "Guide" character, it was funny how much he resembles me, my bluntiness and my sarcasm and it entertained me seeing his interactions with the main character through the demo. The NPCs are likeable enough and with intriguing background stories as well (although vague, you made a decent job making me use my imagination to guess their past). I didn't really expect the slime room to be the end of the demo, I thought there would've been a message or something but that Fourth Wall joke clarified my doubts at the end.

I won't comment about the combat because there's still nothing there and the game mainly focuses on exploration and dialogues.

Overall it was enjoyable and promising, good luck with the rest! Looking forward to play the whole thing soon. 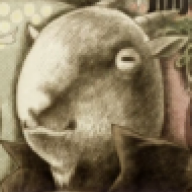 The trip with someone suffer amnesia just after death kinda remind me of the anime Death Parade.

So far so good : nothing feel out of place and i like the pale tone of your screen, suit perfectly !

Thank you so much for playing and commenting!

For the maps, are they bad-weird enough to require some fixing? D: If yes, I'd rather do it now than continue mapping weirdly and repeating my mistakes. ^^" I know there are still some issues in the combination or parallaxing and using normal tiles, but I'm not sure if that's what you mean. 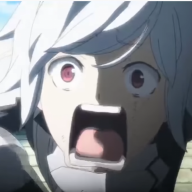 @Numieth:
I mostly meant this:

As you can see in the red squares\rectangle that white tile doesn't match well with the world map that makes its outline appear as blocky\squarish instead (because of the different colour of it), since this is probably a parallaxed map, just slightly editing the image in any image program will solve your problem immediately. Here's a better image to make you see it more clearly:

I see. You meant exactly what I thought you did then. I'm aware of this issue and I'll try to fix it before I'll release the final version of the game, since it bothers me too. That what I get for not editing the auto-tiles yet...

Thank you! I keep working on it and hopefully it'll be done within this month. I mean, it's only supposed to be a short game, but for some reason so far it has eaten up a lot of my time... Guess that's the cost of adding flavour text everywhere :')
You must log in or register to reply here.
Share:
Facebook Twitter Reddit Pinterest Tumblr WhatsApp Email Share Link

Arctica
Zombie status is now complete. I didn't have to do much in the way of changing how healing is applied to undead targets, was just a simple 3 line code. I thought I had to overhaul Game_Action lol. Everything else was doable by events. So.. Zombie: You turn undead. Your element changes to darkness. You're weak to light, you're strong to physical attacks and healing hurts you and revival items will kill you.
24 minutes ago •••

Robert-Character Creator
Terribly depressed. Worst birthday I've had in years, no motivation to work on anything. Still no income. At least I've got my computer running again.
Yesterday at 12:56 PM •••