So I was generating characters of people I know and then I started making myself and I was like... damn but I have a goatee beard with no mustache, Its not a full beard and its way longer than stubble. So I made my own.

Here are the files. No need to credit me, I only modified one of the default MV beards.

I have also attached example images if anyone wants to check what it looks like before downloading.

Edit: A version with a moustache has been added in a later post below.

Exactly what I needed! 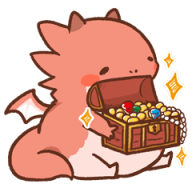 Courtesy of Bokou I have been sent a link to a modified version of my goatee which also includes a moustache. Bokou has given me permission to repost it and informed me that he does not need to be credited.

How to install this?
I mean, "Varation" folder is not "Variation" and... I see beard in generator, but not see her on character.

RastaMan said:
How to install this?

I mean, "Varation" folder is not "Variation" and... I see beard in generator, but not see her on character.
Click to expand...

It doesn't seem to be working for me either... I thought it was simply naming issues, but after double checking it's still not showing up...

EDIT: Aha, fixed it! It WAS naming issues, just not the one I thought it'd be. The creator of that goatee must have used a different "_" or something, since the spacing was different between the other beards. Also, make sure there are no "absent" numbers in your database. For example, there's no "Beard_06" in mine, so I renamed it by copying the "Beard_05" names, pasting them under the goatee's name and switching the "5"s to "6"s.

DaveTheArakin
Whenever I start on a new chapter, it doesn't feel like the next episodes, but more like sequels
23 minutes ago •••