I am highly appreciative of all of your hard work, Jesse. I can't imagine the workload, I'm the kind of person that succumbs to the pressure of even having to flesh out a single character as an individual being in written form, let alone rendering tens of thousands of images for a sprite xD.

At this point, I am inspired by the available Medieval resources as they stand to make my own Ultima VII spiritual throwback, somewhat like you did with Aleph. Britannia was mostly temperate forest and caves, as far as I can remember. Things like the Silverleaf trees could be done via hue/contrast edits, if I needed some funky colored flora and fauna. The only thing I would need at this point are some magic-users, snowy biome tiles and buildings, and the Infernus pack monsters and buildings. Pre-made characters don't bother me. We've got enough unique pieces for character creation that a few dozen or so pre-made characters wouldn't be a problem, in my opinion.

Even if those things were never made available, I feel what Medieval currently has is enough to make a full length game. I have a lot of grand ideas for an Ultima-like game, most of which I probably can't do by myself but I'd love to try anyway. At the time, the graphics were incredible, but what made the games so great were the nuanced characters, the world and its lore, and the narrative. Sure, some of it was standard fantasy stuff, some of it was downright bizarre, but Ultima was a successful franchise because it told stories and put the player on a path toward grand adventure with so much freedom you could quite literally destroy the entire world with a single, ridiculous spell.
Last edited: Oct 12, 2018

After Mythos: Reawakening I will revisit Medieval stuff. I will start by firing up Infernus again and getting that worked out.

I will continue making new character creator parts, but will focus on creating large pieces (such as full outfits) instead of each individual piece. So a pack would contain like... 3 templates for each gender, 8-12 outfits (body only, not head), and 4-8 headpieces (hair, facial hair, helmets, etc) and whatever weapons. This would greatly cut down on the amount of work required because right now it is the templates, then hair, headpieces, torso items, hand items, arm items, leg items, back items like capes, footwear, main-hand weapons, off-hand weapons, shields, accessories... it's just too much to do by myself ad-infinium. 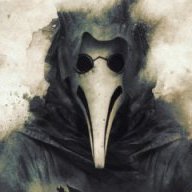 Great news, I'm in the middle of starting a project using your medieval resources, however I have another project in the pipeline which would greatly benefit from the Infernus pack as most of it would play in some sort of underworld/hell and there are almost no resources for that kind of setting, so I'm hoping to see the Infernus resources come out at some point in any kind of form. Just to show there are some silent supporters who appreciate your resources and are hyped for Infernus!
You must log in or register to reply here.
Share:
Facebook Twitter Reddit Pinterest Tumblr WhatsApp Email Link

Countyoungblood
Why is it so hard to accept existential stoicism? To insist stoics must be deterministic is like insisting God couldnt create evolving animals. Drop the dogmas and concider the compatible mechanics
10 minutes ago •••

MrKiwi
I just had a duel at Duel Links, and started right away with a fusion monster... felt like an actual yugioh main character :3
45 minutes ago •••