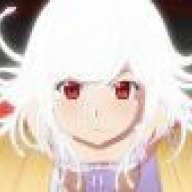 Hey guys,
I planning to make a game, but I don't like the idea of normal turn-based RPG battle system.
I also play Granblue Fantasy and really love the battle system, like in this video:
Lemme explain a bit:

Normal RPG: U do Skill/Atk/Item in one turn, after u execute any of those actions, the turn will end, and then it's enemy's turn.
GBF: U do skill, item, whatever u want, skill don't cost anything, but have cooldown. Then you do the normal attack.
About the skill cooldown stuff I can relate to Yanfly scripts, but about the atk, it's pretty confusing. So anyone have any idea how should I do it. Or maybe there some resource that I can read, pls provide me.
I'm thinking about some script that help me do the skill, then do the atk and we forced to do that atk to end the character turn.
Like: choose char #1's turn -> skill -> attack -> char #1's turn ended -> char #2 turn -> so on
Thanks

I think this can be done with the default system and a few Yanfly Plug-ins. Make it so that all skills are instant events (via the instant skill notetag), but invoking them seals the skills until the end of turn (via a state, and some creativity in the damage formula, see the thread on that for more on how to do that). Then, the only choice will be attack to finish off the turn.

The only problem I can see is if someone picks attack, it will still end the turn. Unless that is what you want to happen.

Its not going to be trivial though, and I mainly use ACE so I can only tell you the idea behind it. You'll have to do a lot of reading on how to use the damage formula and states and plug-ins to make it work. 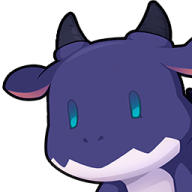 bgillisp said:
The only problem I can see is if someone picks attack, it will still end the turn. Unless that is what you want to happen.
Click to expand...

If the only problem is this, then perhaps he could make a skill with the exact formulas as the Attack command, and make it so that the Attack skill won't use up a turn and doesn't have cooldowns meaning the player can still use a skill. Then use a plug-in that lets you edit the commands in battle and remove the default Attack command.

I haven't really tried it for myself though but I do hope it works.

I don't think about copying exactly the system like in GBF tho.
My idea is a characters in party can do whatever they want, as long as they don't attack. Like we choose character 1 (have 2 skills for example), use 1 skill, then we choose character 2, use some skill, after that we can choose char 1 again & use the other skill.
But if we use the Char 1, we choose attack, then the char 1 turn is ended (even when we haven't use skills), we can't command Char 1 to do any action anymore (just like when we use skill or attack in normal rpg maker system, after do a single action, the char can't be selected anymore, we have to use the next char)
I'm thinking about that I can make "Skills" in my game will not be skill, they'll be additional in combat option that don't affect turn, then we can use skill freely, and the only thing left that is able to affect the turn is the normal attack command, when attack, the char's turn ended.

Avery
I decided to reinstall one of my most favourite game of all times, Gothic 2. Time to get back to Khorinis!
23 minutes ago •••