Yo! Hello there, I'm John. So a long time ago I decided to make an RPGMaker game just for the heck of it. I downloaded the Free Trial and over the course of it I put in a fair amount of hours on a little project that somehow turned into a viably playable game. It wasn't perfect, I only used stock materials and generated characters, but in the end the game told a neat little story that starred my closest friends and myself. We all got a big kick out of playing it but once the thrill over it died down and I tried to focus on a real project I became completely overwhelmed by everything that needed to be done, and quit. Now I've assisted in coding and spriting for BYOND game before, so I have the know how. Couple that with the overly simplistic yet comprehensive features of RPGMaker and I know I could make a decent game. However; I've never done a project alone in those instances. There has always been someone helping out, even if in minor ways, so I could stay motivated. The insurmountable task of mapping, spriting, coding, and everything else required has just always halted my ambitions whenever I think about going into this again, but recently that has changed!


A while ago my roommate purchased RPGMakerVX/ACE and was working on a project of her own for a long time. I never knew anything about it until recently when she asked if I could help her a bit, which I was happy to do. Turns out she was inspired by the game I made about our friends and started her own little funny game. Well, we just completed that about a week ago and had fun the entire duration of it. With that out of the way, and a long conversation later, we've decided to go into a new project together! We've been at it for about a week(and despite having next to nothing done) it's been a wild ride. Now neither of us are coding wizes, nor are we the most adept spriter's in the world, but I honestly believe I can stay with it now that there is someone helping me along even if she isn't able to dedicate that much time to it.


So, that said, I'd like to give a shout out to you all! I hope I'm able to integrate myself well on the forums whilst I try to hash out a game. I've been told a lot of different things over the years about how to -break- into the game developing world but I'm an infant here. My partner/roommate and myself have been thinking of just shelving the idea of making our own custom sprite for our first project and just using stock since we plan on making it Free anyway, just to speed up the process. I'll admit that it's took me two days to finish a grass tile that I was happy with, which considerably slows things down. I'm sort of conflicted there because while I want our first game out as soon as possible in order to get our names out there, I still want our game to have an identity and not just be another stock game.


Any tips or advice you guys might have is more than welcome. Weigh in and tell me what you think we should do in the start, what you might have done and so on. Thanks, and I look forward to meeting all of you guys.

Is your roommate also joining us?


It sounds like you two already have the basics down but just in case you missed something these might help, I took the link's from Andar's sig.

A starting point for new users Andar's Blog for Tutorials and Tips         Bughunting        How to use a script
Click to expand...

Thanks for the help! I believe she intends to eventually, but I can't truthfully say whether or not she will. 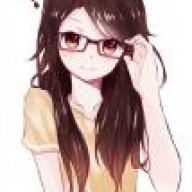 Hello! i am also new but i wanted to say welcome to the forums! 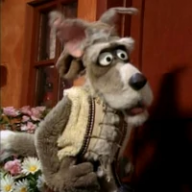 Howdy John! First and foremost, welcome! I've only been on this site for a little over a year myself, but you'll find some pretty cool folks on here.


I completely understand where you're coming from with every area of making a game seeming like an overwhelming amount of work. Sometimes it seems like you're making next to no progress because of how time consuming one little piece of the bigger puzzle can take to put together. But as long as you stick to something, it'll get done! Perseverance and determination will get you over the wall. Or through it, like I sometimes seem to go


But as for things like art, one thing that might help is if you edit the RTP graphics. You still have to credit RPG Maker for their original art, but people do really awesome graphical edits all the time using stock sprites from the game. Now, it can still be a bit of a lengthy process, but I think it might save a little time as opposed to making a sprite sheet from scratch, all the while giving your characters a little bit of that custom touch.


But don't let the mountain in front of you discourage you (it's really just a bunny hill after all). All you need is some rope, a toothbrush, and a passion for creating something awesome, and you'll climb to the top for sure. Never say never, and never shout never, and I'm sure you and your friend will make something that you're extremely proud of! Peace!

Sunki said:
Hello! i am also new but i wanted to say welcome to the forums!
Click to expand...

Thanks, glad to know someone else new!


JCBrickston said:
Howdy John! First and foremost, welcome! I've only been on this site for a little over a year myself, but you'll find some pretty cool folks on here.
Click to expand...