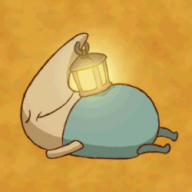 Hello! I'm very new to RMMV, so apologies if there's an obvious solution to my problem, but I've been messing around in the Database and I keep coming close to what I need, but not quite there.

So, I'm using elemental typing heavily in my game. As in all of my party members and every single enemy is sorted into one of the four classical elements kind of heavy. Each element gives its typing to the normal Attack, is strong against itself, weak against another element, strong against one status effect, and weak against one status effect. Obviously that's a lot of traits to individually put on every single enemy! So I created a state for each element grouping all of those traits, only to discover that I couldn't set enemies to inherently have states. At least, not in the enemies tab. I did figure out I could set enemies to have states through Troops, by individually setting every enemy in every troop individually to have the state once the battle starts. Which is possibly less efficient than just setting the traits on the enemies?

Is there some more efficient method I'm overlooking here, or do I need to just resign myself to the busywork?

If you are using the same ones you could just shift click the list copy and paste, less lag than states and faster probably, just put them in the order of what you want to paste and what you don't below those. Make a template enemy is also a possibility.
You must log in or register to reply here.
Share:
Facebook Twitter Reddit Pinterest Tumblr WhatsApp Email Link