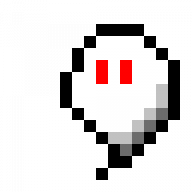 The video speaks for itself I believe (RPGmaker MV)

I need a plugin that allows me to have looped picture animations on my actor portraits based on the actors included in the party but ONLY at the main menu screen.

If it could also have some kind of scripts for a "pokedex" option in the menu screen showing the actor sprites based on the ones you have added to your team even when they are not on your party anymore with the intention of keeping record of how many monsters you have catched/encounter, I would also appreciate it.

And yes, I need that the looping sprites change based on the actors you have on your team, the game has almost 400 actors, so its not an option to just make a default main menu with 2 or 3 animations.

Apart from that, the actor must have the ability of "evolving" out of battle and stay in ANY of their evolution stages (which may or may not count as other/different actors) if desired, so their sprites would also need to resemble these changes in-map (I haven't found a plugin for this either, so if someone knows about one I would also appreciate it)

If it makes things easier, the sprite portrait movement can be also active during battle (this is not as important as the other requested details, but would be nice if there was an option to turn on and off those looping sprites in the actor portraits, but in a perfect world they are not needed in-battle)

Now, I know I'm possibly asking a lot and I'm willing to work with a good coder/programmer to explain details step by step to create the best possible plugin, I got a lot of expectations for this game and I can invest as much time as necceary.

The video has the sprites added via sony vegas to show an example, the blue grids are already integrated in the game.

Thank you again, sorry if I'm not explaining myself properly, feel free to ask anything (the sprites choosen are just for educational porpuses, they don't necessarily relate to the final game intention)

taarna23
Starting work on some stuff for the community. Hopefully it will be fun, and useful to somebody.
19 minutes ago •••

SirGatling
Searching what to play in my dead times, the nostalgia hit me hard and ended downloading the Patapon trilogy, hope I can avenge my child self and beating all the games hahaha
19 minutes ago •••