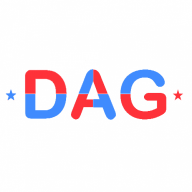 I've been trying to make a gun reload system in which you have guns with certain ammunition and when you run out of it you need to reload.
Each weapon shoots a different number of bullets in the same turn and has different magazine sizes. (For example, the FAMAS in my game shoots 3 bullets in one turn and has 24 bullets, so you have 8 turns to shoot the enemies without running out of ammo)

So, I'd like to know how to make a reload system (maybe replacing Attack with Reload), and having a certain number of "uses" of the guns (without having to reload them).

Also, I would like to know what do you think about this, and if it would be difficult to write (if it's code).

And, as always, keep RPG Making!!!

zerobeat032
I'm weird as there are a few game franchises I'll watch and read about, but have no interest in playing.
15 minutes ago •••

Tai_MT
Humans have such a capacity to assign personalities and love to objects. We do this because we love them. It's interesting then that our fears over AI are that they won't love us back and will instead hate us.
Today at 3:03 AM •••

Aslanemperor
I'm actively looking for people who want to recreate classical compositions in the public domain for RPG Maker games. I've got a whole kick going on of looking for several resources from anyone which would be sharable amongst commercial games. This latest pursuit is something I'm surprised no one else has started doing.
Today at 1:44 AM •••