Handling the Save option 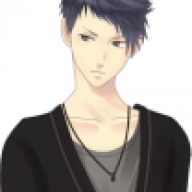 Normal Rpg's save anywhere , well i don't like those large cut scenes that you already saw ,even skipping them can be annoying .

Action Rpg's save points ,although i had problems with it , let's say , i killed a boss after 4h , was doing a happy dance (it was necessary) when i accidentally fell off the platform making me start from the start of the dungeon .

Mine is a quicksave/save spot system like the Final fantasy games.

This is something that has really evolved over time.

In the beginning, back when dinosaurs roamed the streets there was nary a Starbucks to be found, I played a MUD (it's actually still going - pretty strong last I checked). You had about eight spots in the world you could save your game. You had to go to the inn of a major town. No inn, no save for you.

Not only that, but you needed money to pay rent. If you couldn't pay at least a single nights rent, no save for you - or you started dropping items, since rent was basically a "tax" on what you were carrying. If you stayed too long before logging in again and didn't have money to pay your rent, the innkeeper took all your stuff.

These days, that kind of system would probably be considered "hardcore" by most gamers. But the fact is, it was the generally accepted norm at one time. We all had other things to do. We all had to run away from our keyboards (losing all our stuff in the process) from time to time. We sucked it up and dealt with it. It helped that we were a community and could help each other out - I haven't seen too much in the way of multi player for RPG maker (though I know I'm not the only one thinking about putting the socket class back in...).

Anyway, on topic - To say one way is "bad game design" is going too far. Everquest's original system of raiding that allowed one guild to monopolize game content and effectively prevent the rest of the paying customers access to any further zones was bad game design. Where you can save is a design choice.