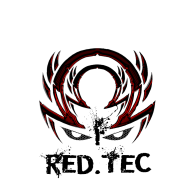 Ain't it funny how as soon as some half-clever loser comes up with such dribble, it's all you ever seem to hear?
"Hangry"...
Yeah, I see the link and logic to it, even sort of like the stupid saying, but it fails to compute as original, unique, or an individual thought process the more I hear it. And now yeah, I feckin hear it all the time. Like i'm supposed to laugh or comment on yet another shoe-scraping example of society's sheep-like trend creations, again... honestly... THIS is one of the plethora of reasons WHY I'm angry.
Not to imply anything other than an alternate perspective (maybe, lol), but, if I were one of those "Hangry" gigglers (which I'm not...) I would refrain from jumping on one of humanity's turd trains. As, if any form of judgement on your being either from yourself or others , now, or in future, could point to you or others ultimately believing that you lack individualism or the creativity, normality and common sense to "come up with your own sh*t".
Personally trends like this sicken me, kind of like when you see your own child invent their own first crappy cringe-worthy joke. Yeah, it ain't funny. And you strangely want to slap another ten years of experience into them. Weeks later you find another chuckling half-wit who tells you the same joke. Days after that another...
And so it begins...
You sense the pattern. You see the same grey-walled glazed eye mindset. You lose all enthusiasm on said current subject... Then you actually start to dislike it. Even though it initializes through innocence and ignorance and a first seems not to matter or effect you. It begins to shape your opinion on matters from a more negative and cold-hearted angle.
Rhetorically speaking, in a reality that forces you to hate it and how it operates the closer you examine it, is it;

Some food for "hangry" minds right there... Yeah at least the next time you hear the word "hangry" you will have a more thought provoking and productive thought train that feeds your dopamine levels other than the usual devolved chuckle that echoes like bad genes through our melting pot of shiny human examples. And you will remember this. A different perspective on an existing boring joke. Again a perspective not created by yourself. And again spread like wildfire through the same means. Urgh, so here goes...
(Reaching the point where pouring my mind into the world feels like p*ssing in a hurricane).
Here's my take...
Ultimately if you think about it the term "hangry" is actually based on a flawed logic. Trust me, I know hunger.
When your body begins to grow hungry your mind loses energy. When you get angry the same thing happens. See where this is going?
Even if you were angry and hungry at the same time the anger emotion is overridden by the body's state of urgency and through proper organism organisation (lol, this is fun, might wanna write that one down, oh wait, just did...) or through the general lack of energy your anger emotion will subside. Plus it would depend on a factor of just how hungry, and just how much energy you have and/or need to use to process the emotion coupled with the fact that the more hungry you get, the more your body and mind actually start to get used to it therefore subsiding any anger. In any event, both feelings can not co-exist and if they do cross paths, the very nature of your body and mind means they cannot last when parallel to each other.
Your actual wants as opposed to body's needs are affected by the reality you are in and the elements you receive from it and in most cases based on patterns and addictions to those things you receive. Comparable to the Placebo, your mind designs the things it tells you it needs, separately from the consciousness it communicates to. In most cases, even a strong consciousness cannot decipher the difference between the truth and lies it encounters through separate communications within it's network. Begging the questions;

With the evidence of separate intentions and consciousness...es... consciousnesses??? (Yeah, not clever enough to back that one) like "your body telling you it's hungry" or you mind suddenly, ahem, "changing it's mind" and telling you "we are ok, getting used to it" combined with the multitude of communications from separate organisms and intentions on a multi-cellular level that you don't receive, realize or have control over it would certainly seem like "You" are just the recipient and voice to a select few entities within yourself. Thusly;
How many conscious entities reside within a consciousness? Depends... Do I mean the conscious mind, or conscious being? In both cases I think we are not evolved enough to understand.

Next time your hungy, have this little giggle to yourself, when your belly growls say out loud "Say's Who?"
From another angle be careful... your talking to enzymes. You'd be wise not to p*ss those f*ckers off... My god this is funny.

Oh by the way, devil's advocate is only applied by those who care of a response or argument.
Everything I say should not be taken seriously, but can be if people wish so. Free food if you will. I don't actually care in the slightest about this subject and usually would refrain from putting my energy into it. Just this time I thought to entertain myself over it. Ha, some good stuff right there straight off the bat. Some proper grade A ranked bullsh*t. Or maybe I do care???
Maybe as a defence mechanism to the implications of an actual intellectual insult I create a psychological environment to catch you off guard and make light and comedy to the strange metaphorical dance which cryptically covers the deeper psychological attack on your subconscious whilst over the topic of consciousness. BAM! There's another one!
Damaging a person on a subconscious level stays with them a life time, and they won't even know... obviously. I would not use such a weapon on a humble trend follower such as yourself. Or would I?
Huh, I guess we'll never know...
Would you be conscious to a conscious attack on your subconscious if I made you consciously aware of it subconsciously?
Lol.
Ok I'll stop now. Couldn't resist.

Seriously.
Peace Guys I'm just being a wordsmith. Huh, could create some good game material out of the few skills I have though eh?

PS- Anyone working on VX Ace's Triple Triad games or similar, hit me up. Could use some fresh brains.
HhhuuuRRrrGhhh............BrAIns

I've moved this thread to General Lounge. Please be sure to post your threads in the correct forum next time. Thank you.

Not that I could get through your entire tirade, but feeling grumpy because of a lack of food is a real thing. Not that it should be used as an excuse for poor behavior, but it is a biological thing.

The difference in whether it exists or not is based on how well you decipher your own needs and or give into them. Existence is relationship. What is actually real may not be.

Not that I think linking that will matter as I suspect your goal is simply to be a massive troll.

Nope.
You just walked into it.
No harm.
Creating random conversation is all.

Huh, "massive troll" Like the trolls have some heavier form they bring in to trap clever moderators. Lol.
I like it. Yeah I'll check that link in a mo no worries.

Edit;
Hmm, that was quick.
Yeah cortizol is one of the many bodies stress hormones. This is not anger though.
Plus specifically this is a link towards mood, grumpy or grouchy could be classified as anger I suppose. But when you experience true anger I'm pretty sure calling it grumpy or grouchy would be an understatement. Anger and rage use up way more mental capacity. Not an argument as it can be taken from any perspective. And everone's should be unique.
Huh,
they should have called it "Grungry" lol
Last edited: May 26, 2019 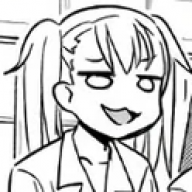 all this reading is making me hangry 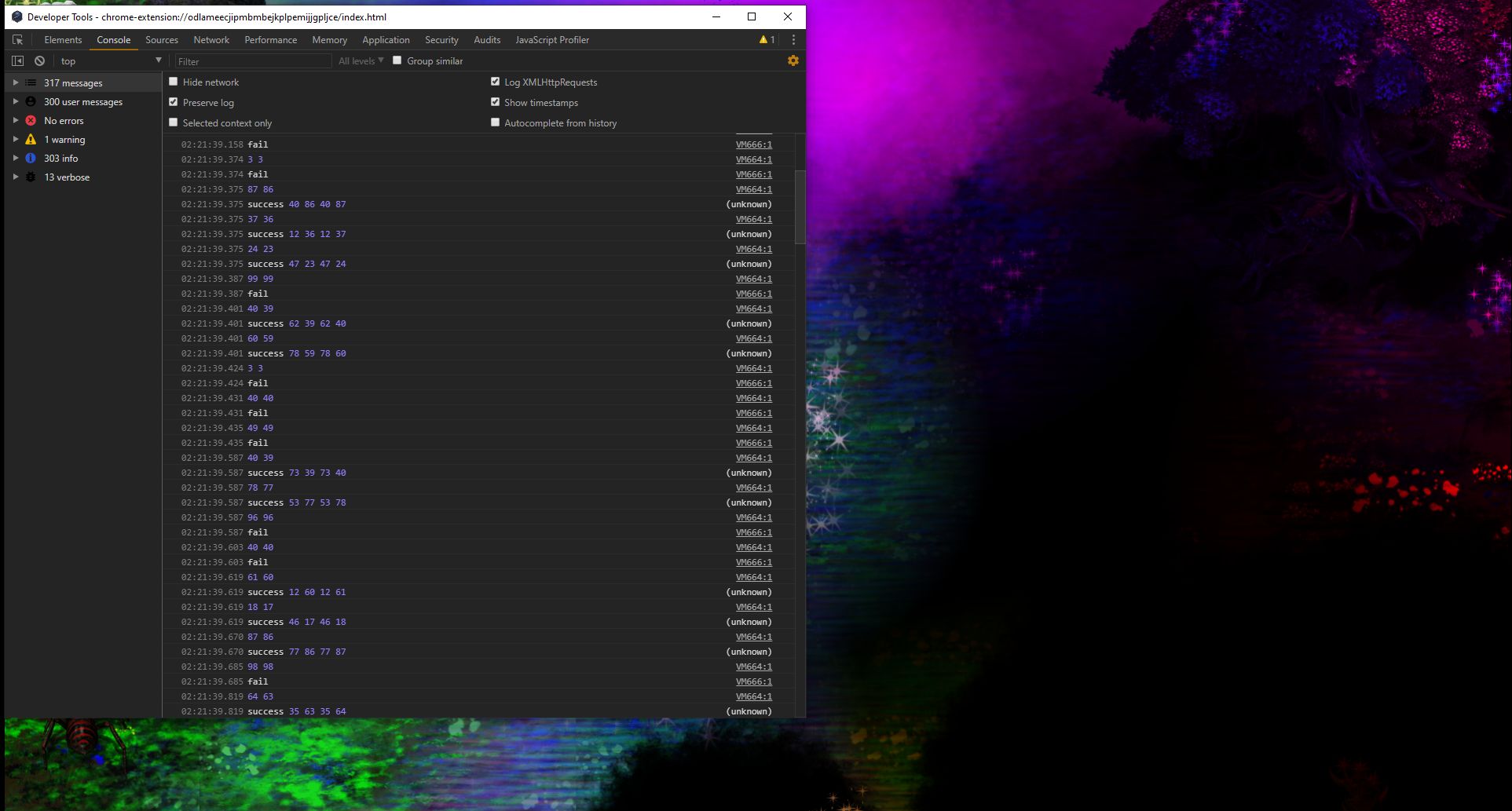