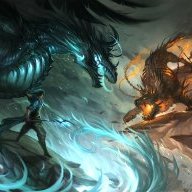 I'm just wondering, is it possible to make harmonic Passives with Yanfly's plugins? I know you can make a harmonic black magic passive, but I need something that would raise resistance to certain elements, or raise agility/def etc...

Basically if you're confused on what I mean by harmonic, I mean a passive aura (affects all allies or enemies) that gains strength when allies have the same passive.

For example, what I'm really trying to do is make an enemy called the Occulus, who is extremely weak to physical damage, have a passive ability that does this-

2 Occulus in battle= they both take 50% physical damage

3 Occulus in battle= they all take 25% physical damage

4+ Occulus in battle= they all take 20% physical damage

(With only 1 Def, this wouldn't make them indestructible, but make them far more useable support/mage type enemies)

Any help is greatly appreciated, I've been searching everywhere for a solution and experimenting with the code for the harmonic black magic (which is formally called Black resonance) script, but am having no luck... Here's the unmodified black resonance script for reference too

If it is possible to make these harmonic states, is it also possible to cause them to trigger an additional state when the harmonic variable is maxed out? I.e 4+ Occulus in battle also all gain the same additional passive State that causes them to take 10% light damage (usual weakness) as well as absorb darkness vs blocking it, that part I know how to do it's just a matter of how to make everything relate... Thank you to anyone who wants to help or spend time on this, hopefully I'm not asking a simple question that I'm just too new to coding to fix
You must log in or register to reply here.
Share:
Facebook Twitter Reddit Pinterest Tumblr WhatsApp Email Link

Touchfuzzy
At this point I've gotten so tired of April Fools on the internet that last year I just refused to even post anything on the RMW Social Media on April Fools in protest. Considering doing it again.
Today at 9:51 AM •••