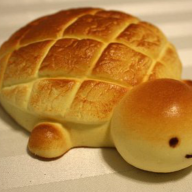 I never actually played the GB games, but I did like the PC games, and I'd be interested to see a reinterpretation similar to HP, but not HP.

Eternal shadow I got my inspiration from this link http://forums.rpgmakerweb.com/index.php?/topic/46417-harry-potter-and-the-chamber-of-secrets-reborn-beta-098/
Last edited by a moderator: Oct 28, 2015

I didn't like the official HP games at all and I'd be very interested in any game that actually made me feel like I was living in Harry's world rather than presenting me with a generic platformer (or RPG) with a half-assed Harry Potter paint job (and an abominable recreation of its plot) tacked on.

WilliamCaesar said:
Eternal shadow I got my inspiration from this link http://forums.rpgmakerweb.com/index.php?/topic/46417-harry-potter-and-the-chamber-of-secrets-reborn-beta-098/
Click to expand...

If you're gonna do something similar, don't put in clips from the film or screenshots or whatever, like they have in some of those images. It looks a bit tacky. Try using the chargen in MV?

I loved the Gameboy Color games, but those are the only Harry Potter games I've played. I might be interested in sequels, but only if they stay true to the originals.

Mileninn check the link over I'm thinking to do something like this but more real and more scripting time or something. You maybe will help me?

GBC games were pretty solid RPGs. I wish they did more with the sidequests and world building instead of just stick with the plot. If I were you I would make game BASED in the world of HP. This will allow you to have more control over the plot, maybe it's set at the same time of the books or in a different time period, get more creative with the world itself while making it your own. I feel that's the only real down point of the books, movies, and video games. They never really explored the magical world outside of Harry's point of view.

Just be sure to not use any Harry Potter stuff in the game, otherwise you can (and most likely will) run into legal trouble, as HP stuff is protected by copyright law. Might be best to use your own world and the same idea as Harry Potter (maybe put it in USA instead of London, and different characters?)

Or even somewhere else entirely. I'd be interested to see one in France or Spain or similar, with everything in English or the player's language (using an excuse of a magical translator or something lol)

Bgillisp thx for the tip! Do you think the link that's lead to the game I was inspired of have enough not copy Harry Potter? Play the game if you want and if you do, you can say if it was good not copy of Harry Potter!

It's sound good like, same hogwarts, other characters,other countrie, other story same dumbeldore #respectdumbeldore , a basic hogwarts with Sidquest and a story and special quest like: snarp (instead of snape) capture hinny ( instead of ginny) and Barry ( instead of I think you guys know who I mean) try to save hinny! What do you guys think about that? Etrenal shadow and billips and uzuki and other readers? Just a fun idea and I just give examples!

WilliamCaesar said:
Mileninn check the link over I'm thinking to do something like this but more real and more scripting time or something. You maybe will help me?
Click to expand...

Sorry, I got my own projects to work on, but good luck with yours.

Thx good luck with your! Millian one day I will maybe test it!

Uzuki I have talk to the Rpgmakervxac2920 and I think we will do a world map Harry Potter! Visit all Spots there any person In the serie have been and more places like Russia, Sweden, Scotland! That nice with this thing is you can use magic every where and we can do updates like: new this update is: Australia, India explored them now and teach new spells and see new monsters! Do you think it will be good? If anyone else thinks this sounds good or bad you can tell me!

WilliamCaesar, please avoid double posting, as it is against the forum rules. You can review our forum rules here. Thank you.

If you want to reply to more than one person, please use the convention

The game  you mentioned probably had permission to make a Harry Potter game. But, unless  you have permission, you cannot use copywritten characters, period. So, yes, that means no Dumbledore and no Hogwarts I'm afraid. But you could do the same idea (magical world, etc), in fact I was thinking of doing something on the same idea in my game world at some point (maybe 3 - 6 projects in the future, so we'll probably be on RPGMaker2030 by then) 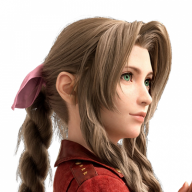 
As for whether or not to make a fangame, I'd rather see an original game based in a magic school. It's a genre not seen enough.
Last edited by a moderator: Oct 28, 2015

I don't know if he has permission but he has credits in the end of the things he borrow from other users or the Internet! It's that enough to write all the names of all peopole that he borrow stuff from bsillisp?

Amy test play the link over its a game based on Harry Potter! If you play it do you think it whould be nice with idea to realise Harry Potter 1-3 first and after that realise a world map Harry Potter?

No. Its not enough I'm afraid. Even with credits, you can (and often will) get sued if you use stuff without permission. To see more, we had a long discussion on this under the topic Is Making a Fan game Illegal (I can't copy and paste on this computer, so you'll have to look it up). But the short of it is the copywrite lets the company dictate what is made with the resources. So if they don't want to give permission, that's the end of it, and there is nothing that can be done until the copywrite expires. This is to protect the company and to prevent people from making embarrassing games with the name that get misassociated with it and smear the name.

Also in the US, if the company knows of the game, they *HAVE* to sue you to protect the IP, else it is considered the IP is now free to use. So in that case, any fan games made on an US copywrite only exist because the company that originally made it doesn't know about it, and the minute they do, they will get a C and D and have to pull the game.

That's why you hear of things like any Crono Cross remakes getting ordered taken down, or the fan made FF7 getting ordered removed. I think there was even a Street Fighter remake that ran into trouble with this, and got a C and D and was ordered to be taken down.