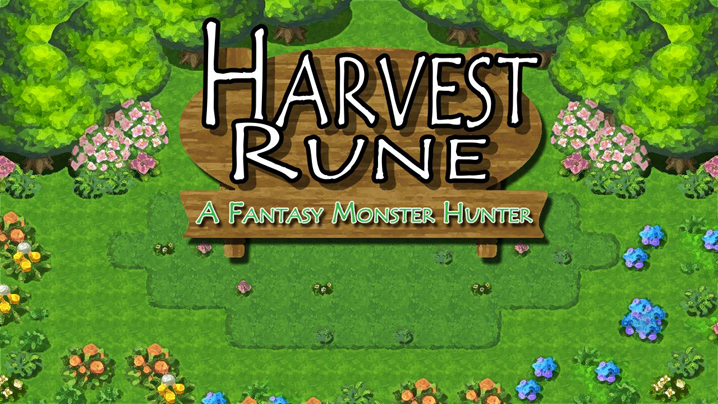 
After the war against the former dictator concluded. The separated and newly formed State of Res Communes was left with nothing but crumbs of the struggle. To remedy the situation, the State decided to bolster first its work force, one of which was the Hunters Guild.
​
ACHIEVEMENT, RESPOSIBILITY, and LOYALTY.

These are the watch words of the Hunters who serve the State and its people.​
The story takes place in a small village that has been isolated by the war, called Honokyou. Legend has it, that the town was and is protected by a gigantic wolf, dubbed as the Wolf of Honokyou.

Follow the journey of our hero as he chases his grandfather’s footsteps in being a Hunter for Honokyou.​


The game is an RPG/Simulation game, inspired by Monster hunter, Harvest moon and Rune Factory. You play as Hiro[Default name], a newly pledged Hunter for the Hunter’s Guild as he begins his life as Hunter for the village of Honokyou. As a Hunter, Hiro will face the dangers of being one as he embarks on quests after quests to progress with the aid of hireable fellow hunters and various farming facilities to help him succeed. On his journey, you will slowly get to know the villagers and their back stories, as well as, discover Hiro’s reasons for becoming a Hunter for the village of Honokyou and a plot that’s creeping into the village.

3. Features that can be utilized
-The player can hire 1 fellow hunter out of 4 for every quest to help face monsters
-The player can utilize the farm in the village that provides essential ingredients for crafting, as well as, another source of income for the player
-The player’s room provides various utilities, i.e. the bed for saving, the cabinet for equipping, the storage for items and the crafting station for advanced items

4. Quest
-The game will feature 6 areas that the player can explore, each area having their own ecology, theme and unique
features i.e. exclusive monsters and items
-The game will feature a main story line unlockable by finishing side quests in the meantime
-Quest objectives include gathering items from areas, harvesting items from monsters, eliminating monsters and other types unlockable later in the game

5. Battle System
-The game feature’s Yanfly’s ATB system, therefore, AGI modifies a player’s turn
-Stamina Points (SP) is used to perform attack variations unique to a weapon
-Skills and SP consumption vary from weapon to weapon
-SP recover per turn
-The standard SP is 100, while the max SP is 200
-Overtime SP will go down depending on the number of turns, this can be remedied by consuming food
-Weapons can get blunt depending on the attack times and attack power, it can be sharpened up again outside or during battle
-MP is used to activate runes and unleash their power
-MP is gained through damage

6.Farming System
-While inside the farm, the player can plant herbs or crops and harvest them
-Herbs does not take long to grow, while Crops do take some time
-Herbs are used to craft different items to aid the player in battle
-Crops, on the other hand, are mainly used to generate income for the player
-The system includes raising cows and chickens

7. Credit System
-Instead of the usual buy/sell system, the game uses a credit system whereby crops, eggs, and milk cannot be sold directly in exchange for gold
-Instead of gold, the player will be given a credit note
-Credit notes can be used to buy items at a select shop or deposited in a mail box
-If deposited in a mail box, the credit note will be converted into gold after some time with the possibility of incurring an interest
-NOTE: At the moment, only crops, eggs, and milk can be sold for credit notes. Future updates will include an option for the player to directly deposit items in the mailbox to ease the process 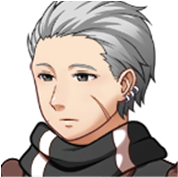 The father and daughter:

-Tomoyuu is a soft spoken and reasonable man, he leads the village as its Chief.
-Aichi is the energetic and cheerful Inn keeper of the recently revived Inn in Honokyou and also the village Chief’s daughter. They have a very casual relationship with each other. 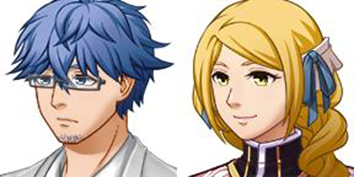 -Shun is the unsociable resident researcher of Honokyou, tasked with finding the cause of Honokyou’s problem of monster population.
-Mami is the loving yet slightly sadistic wife of Shun, she also a child of friend of Kimiko, Yuu, and Kou. They both love each other very much, although Mami teases Shun a lot.

-Kimiko is a strong and practical woman, she is the head of their house and shop.
-Kou is the loud mouthed little brother of Kimiko, he may seem like a brute but he is in fact a child at heart. He helps with the shop.
-Yuu, unlike Kou, is the silent type who only speaks when needed. The three of them are child hood friends with Mami and collectively, they are the vendors association in Honokyou. 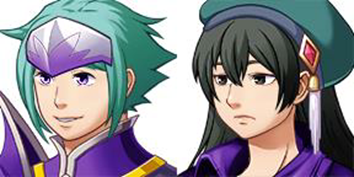 -Hideki is a laid back hunter, constantly contemplating on what to do next. Shinobu is a soft spoken and elegant woman, who always minds her manners.
-Shinobu always shuts down Hideki and may seem like she hates him, but she still hangs out with him.

-Satochiro is the official guild representative who oversees the hunters of the village, he is strict and stubborn.
-Midori is the liaison officer of the guild, he maintains the relationship between the guild, the farmers and the village. He is very average, which makes him all the more unique.
-Sento is a laid back and very friendly hunter.
-Chidori is a matured hunter, though she likes teasing people sometimes.

Collectively, they’ve been dubbed as the “baka” quadro or idot quadro by Satochiro due to their tendency to slack around and loiter. 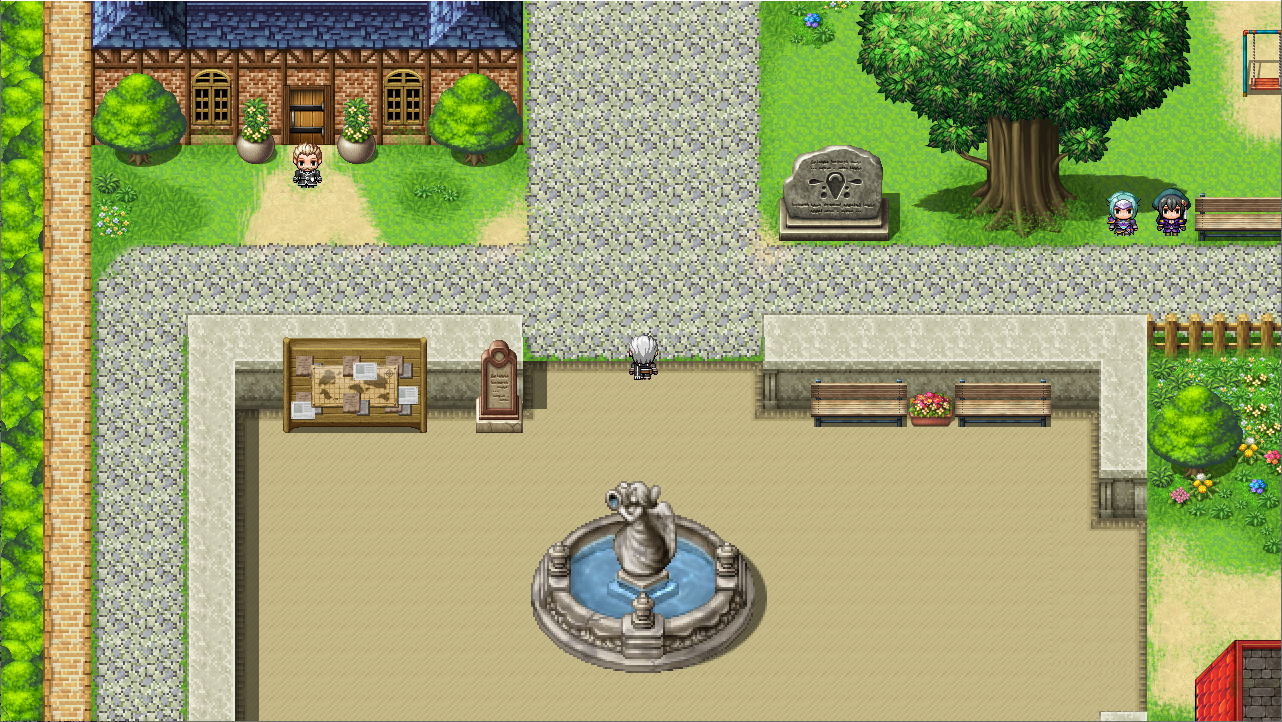 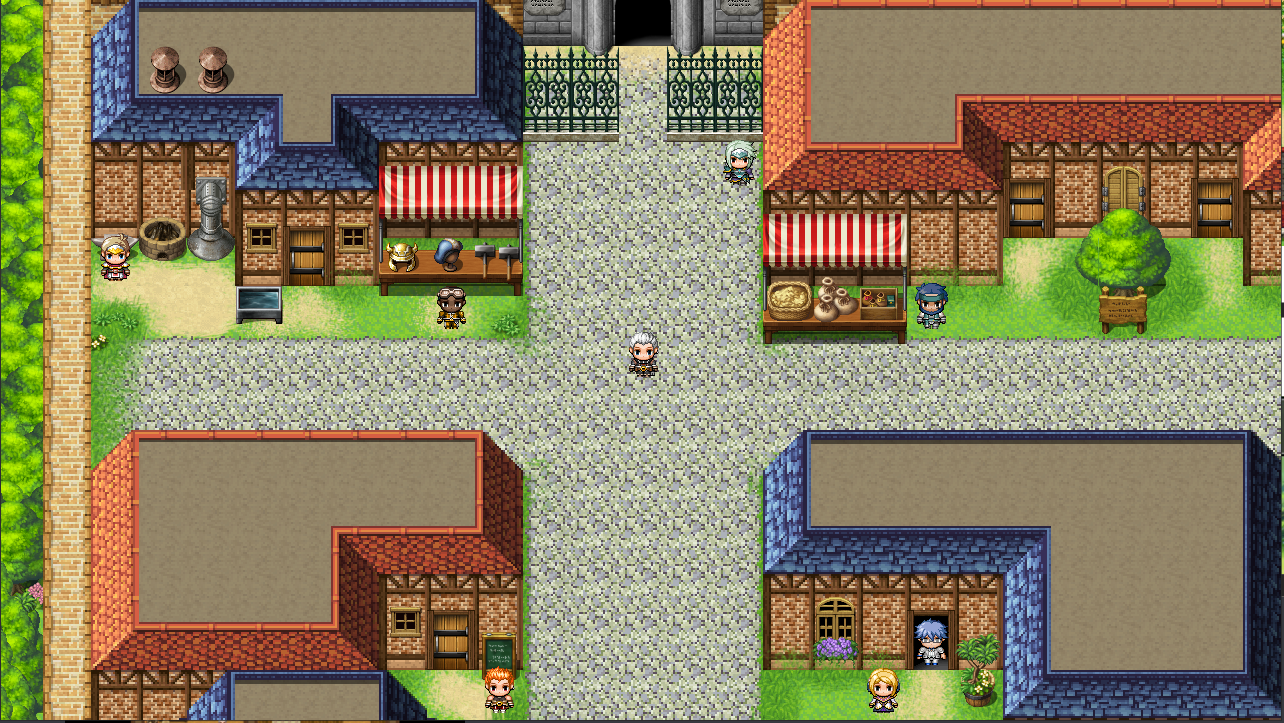 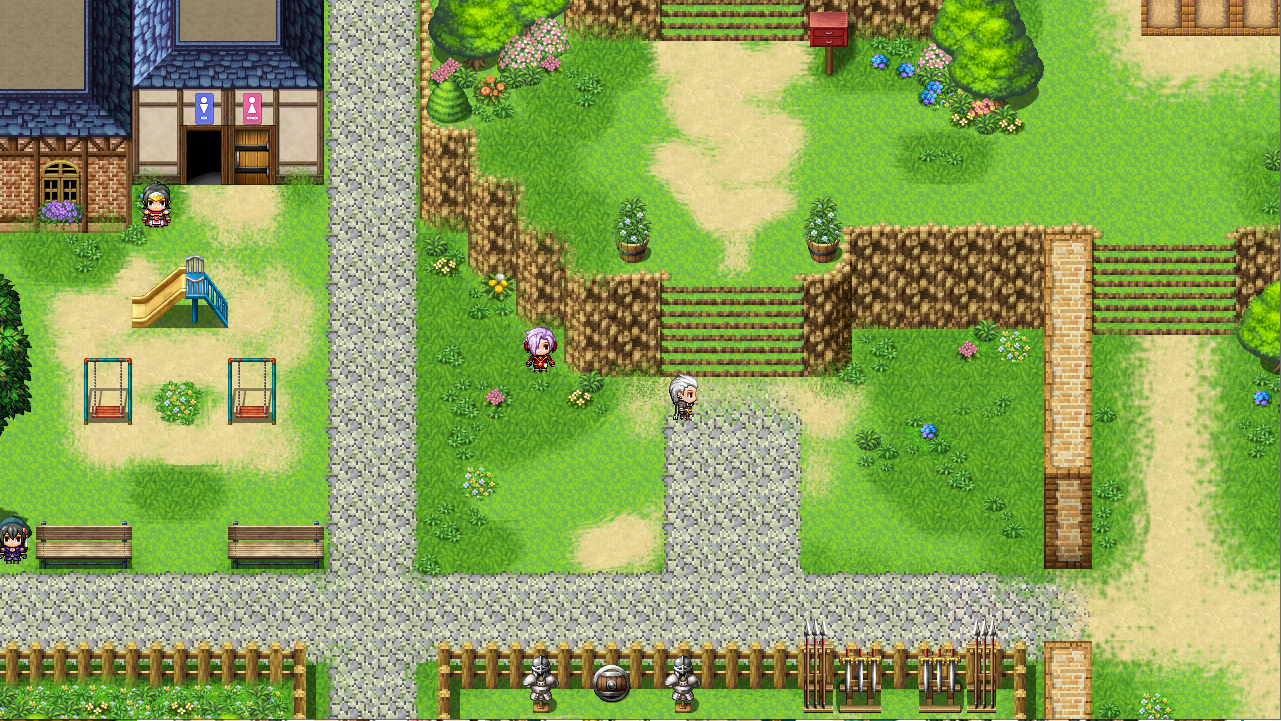 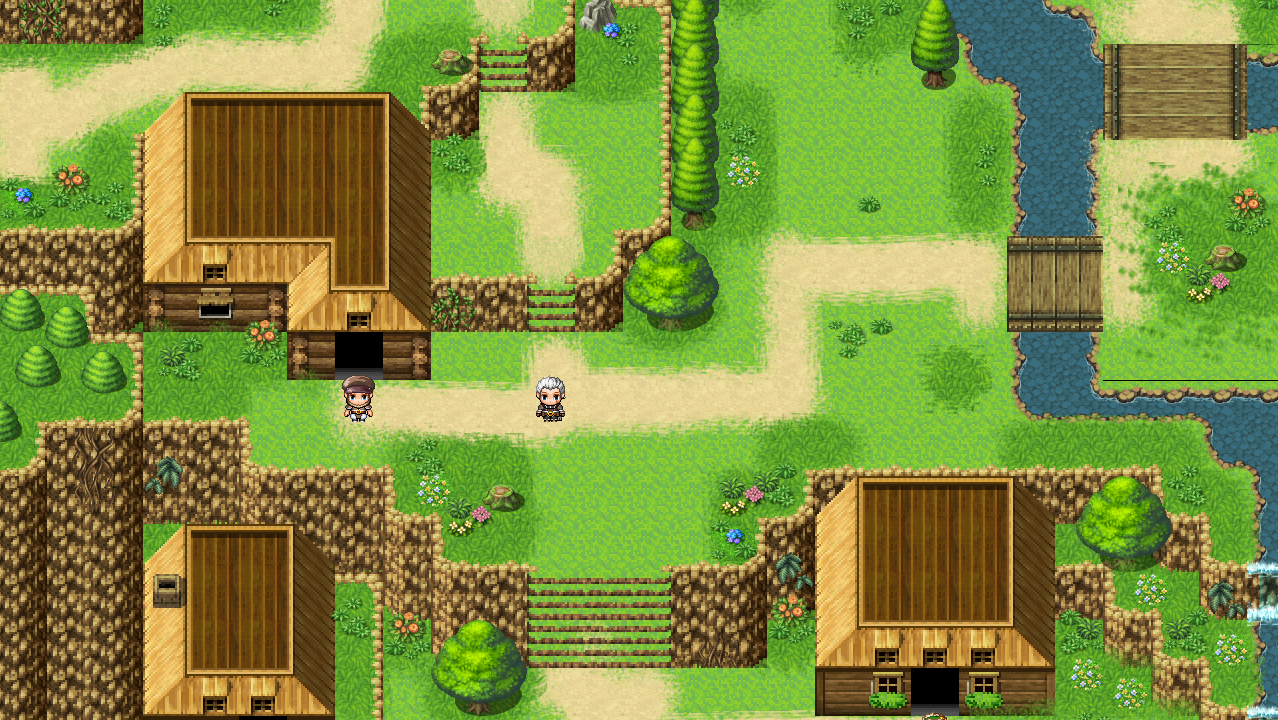 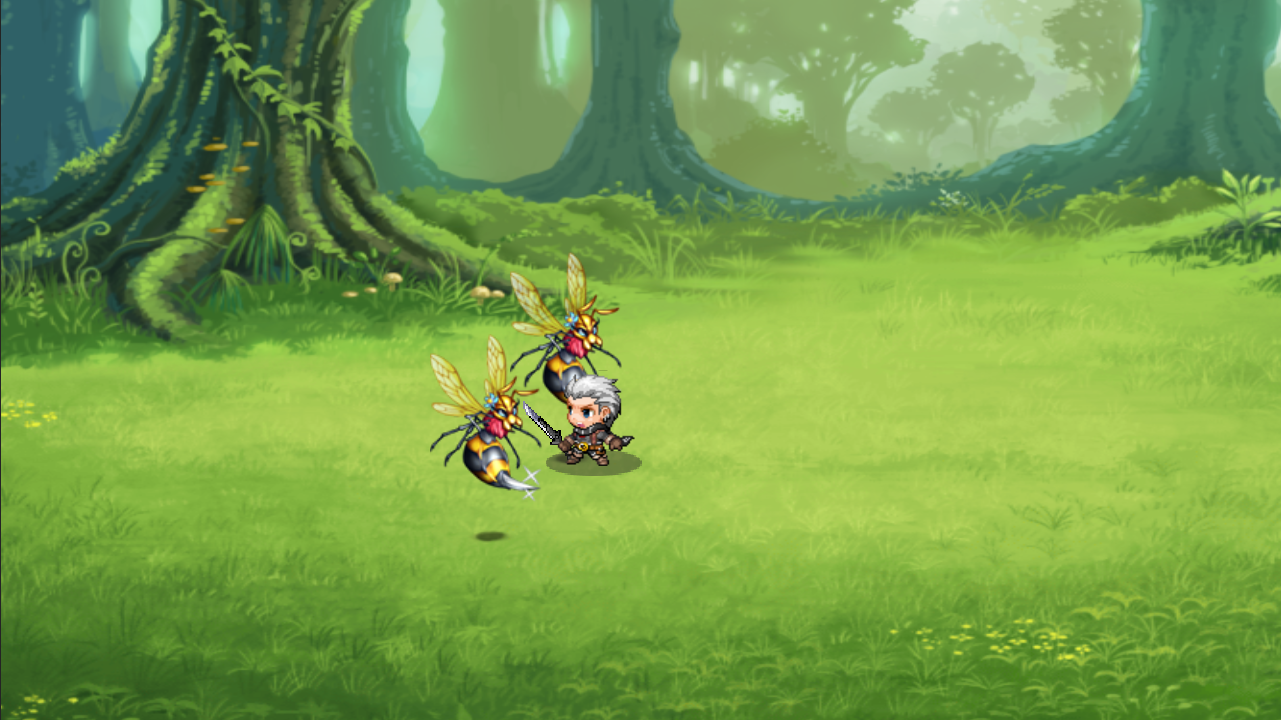 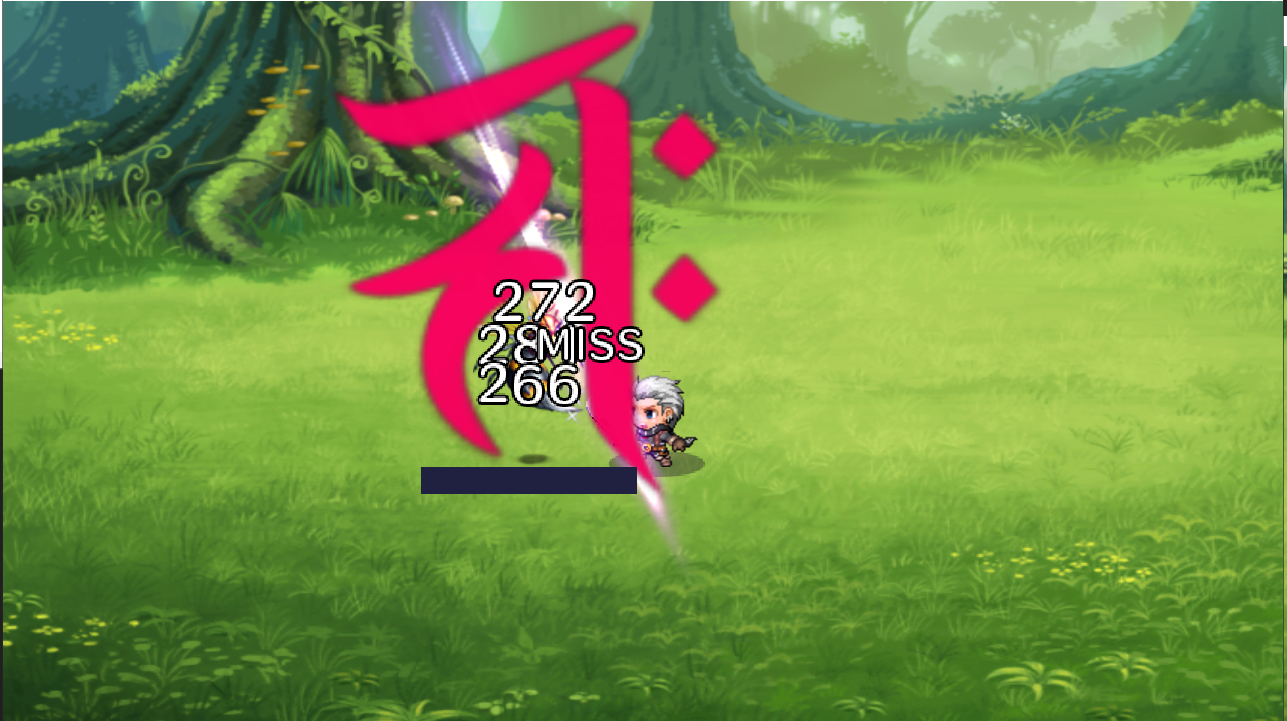 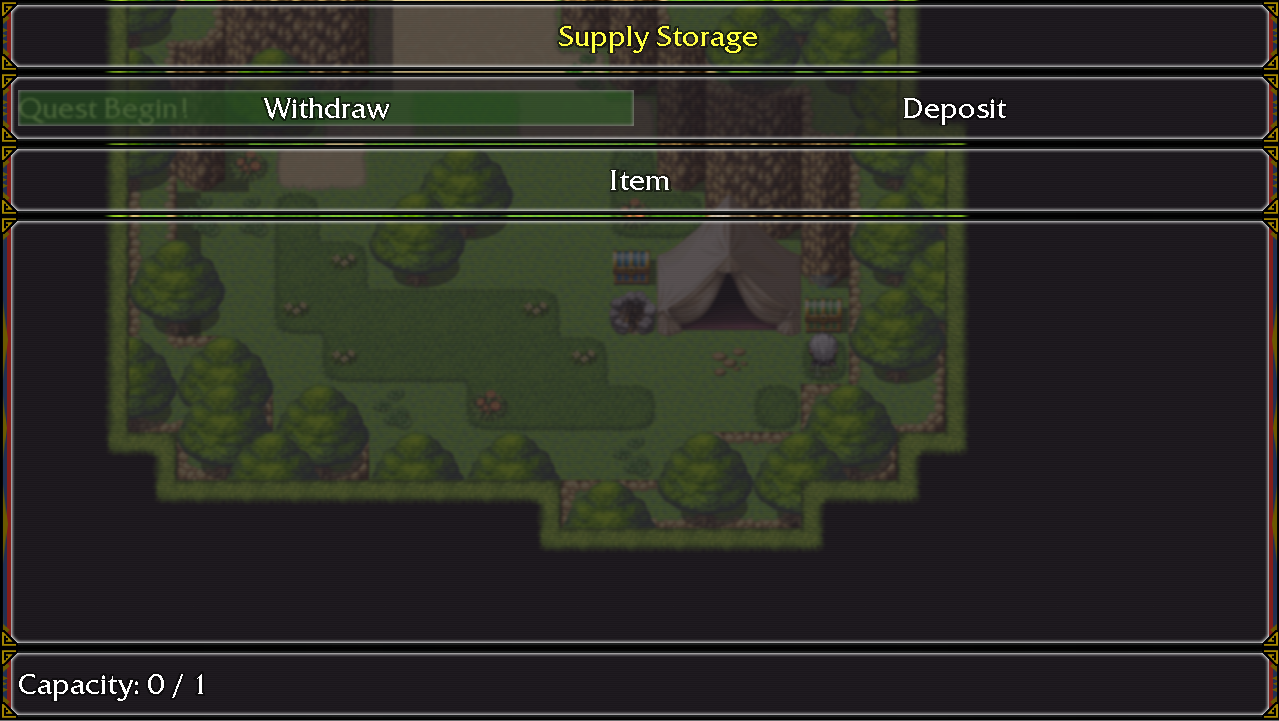 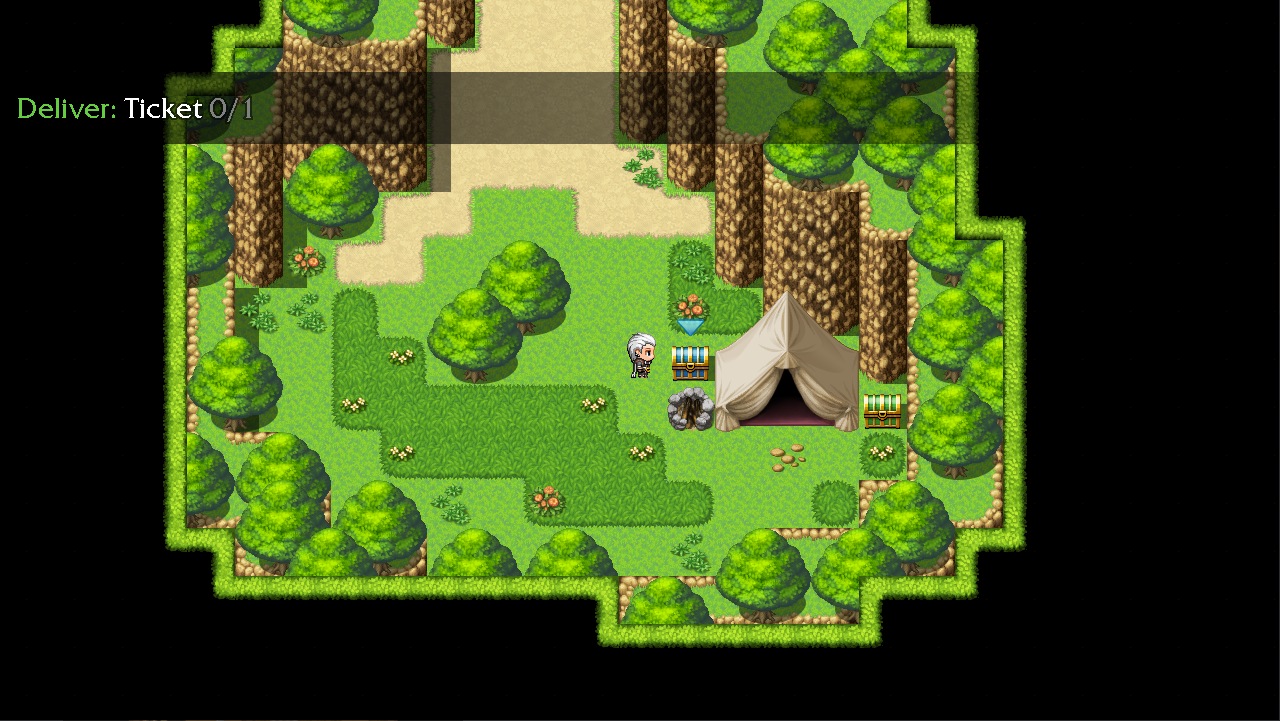 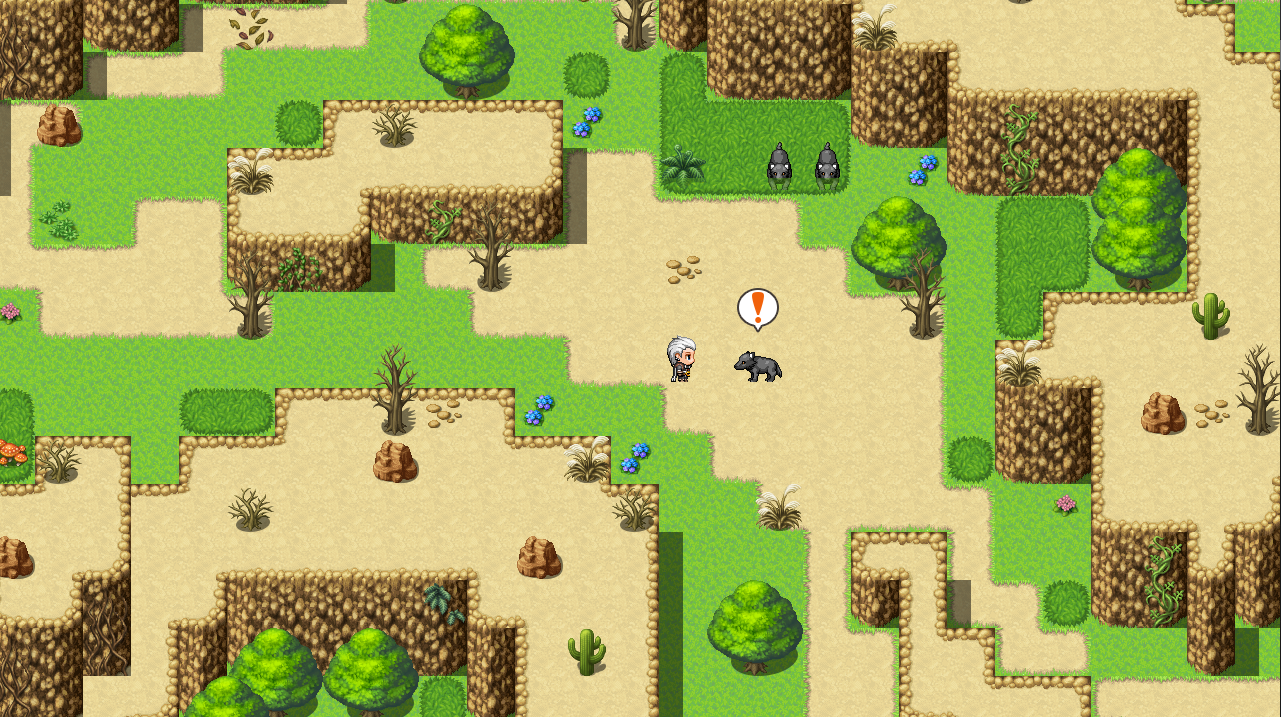 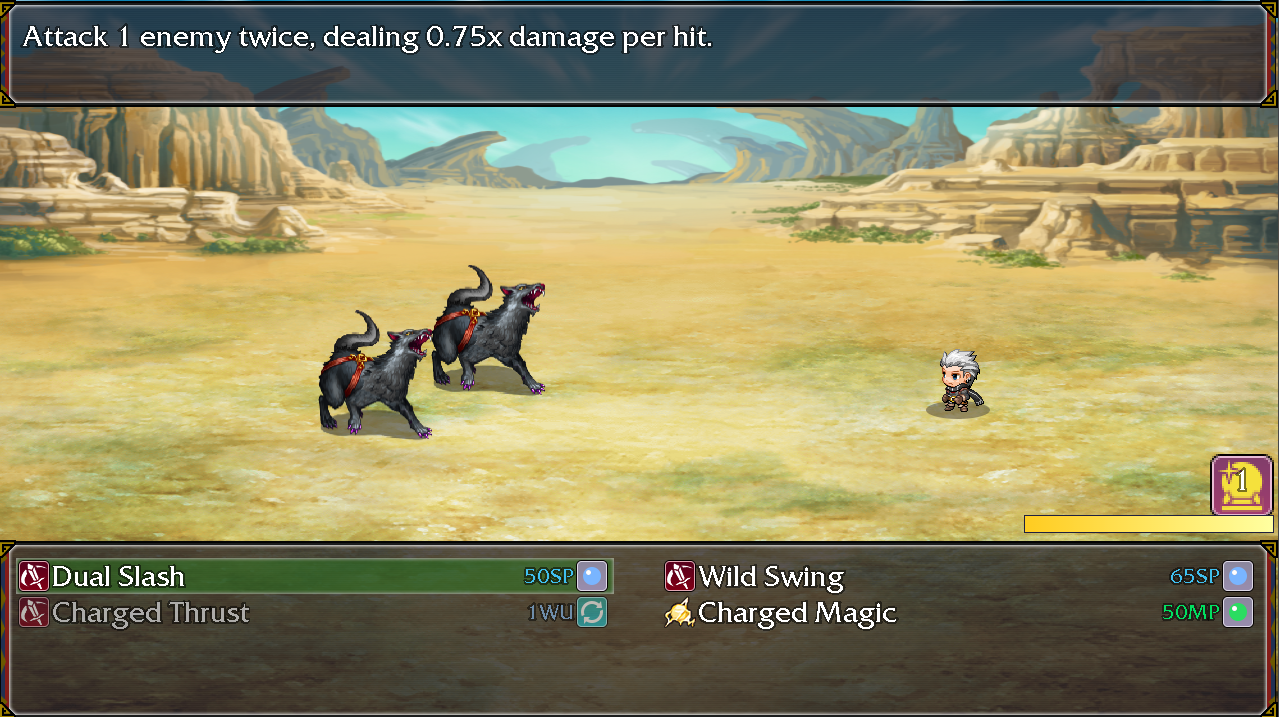 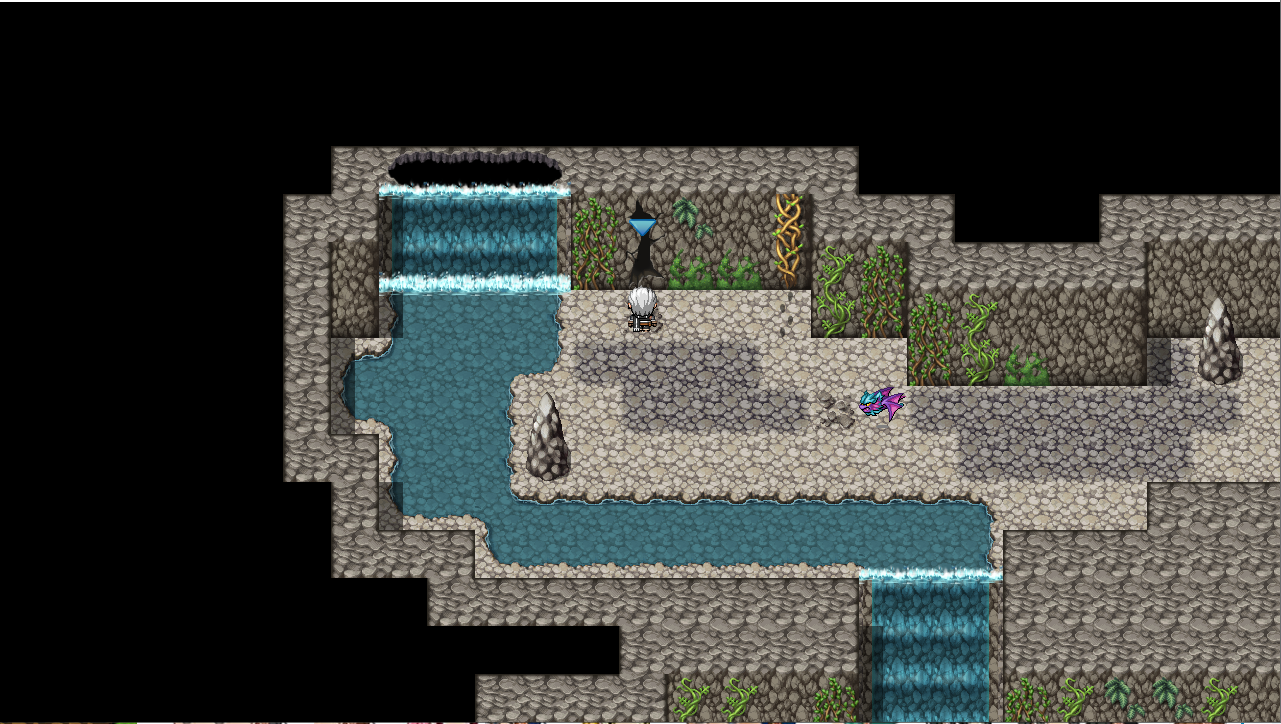 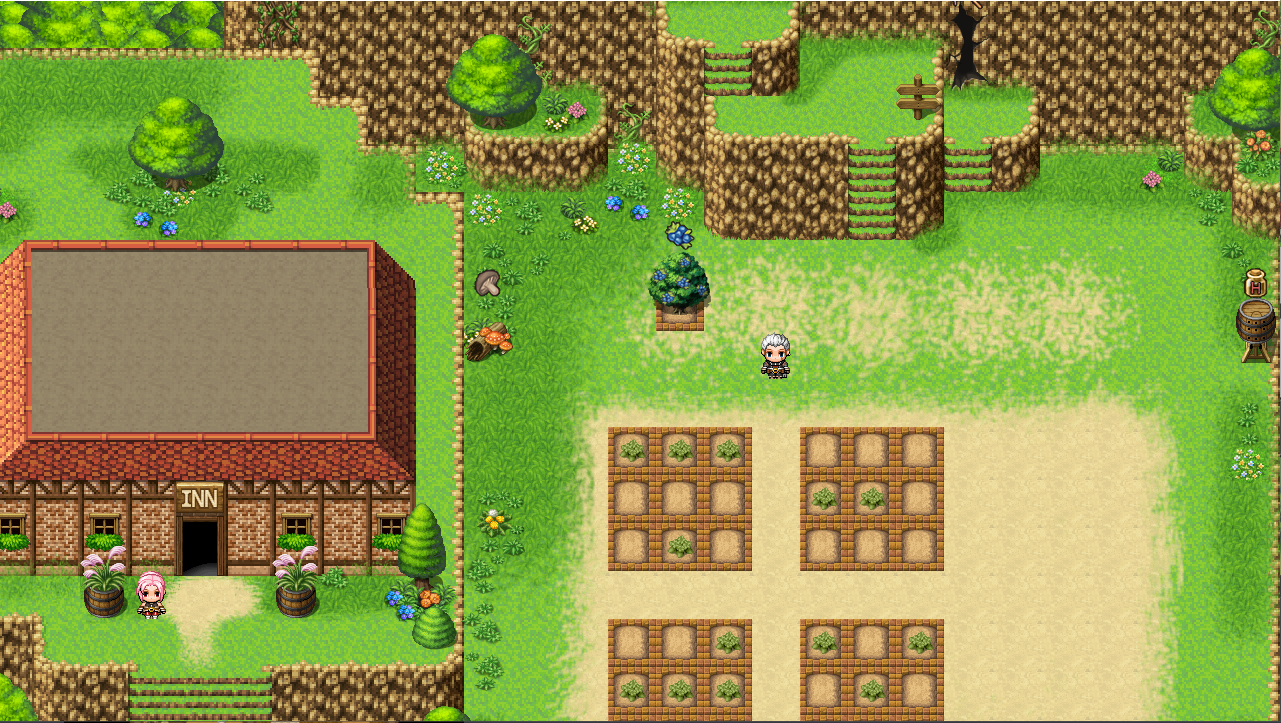 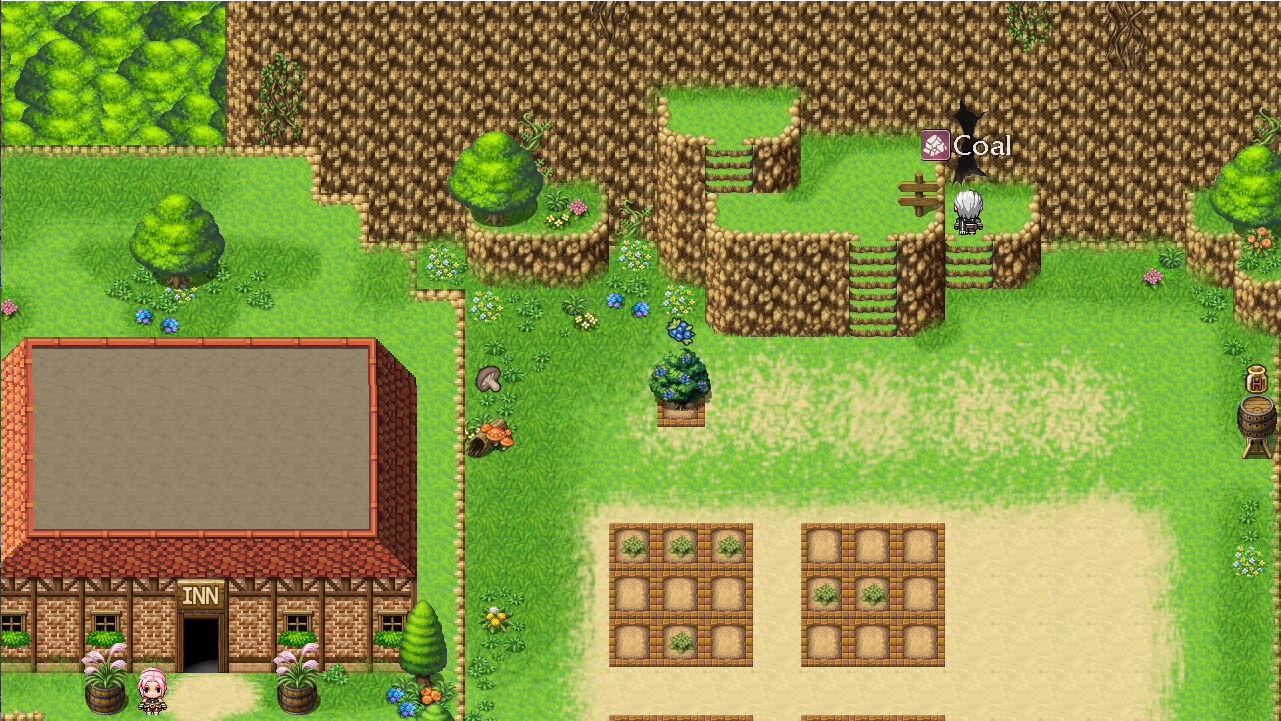 -by Driftwood Gaming @ his channel: https://www.youtube.com/channel/UCJH5XV4YrFDwhdbX4VISqUQ

Discord - A New Way to Chat with Friends & Communities

Discord is the easiest way to communicate over voice, video, and text. Chat, hang out, and stay close with your friends and communities. 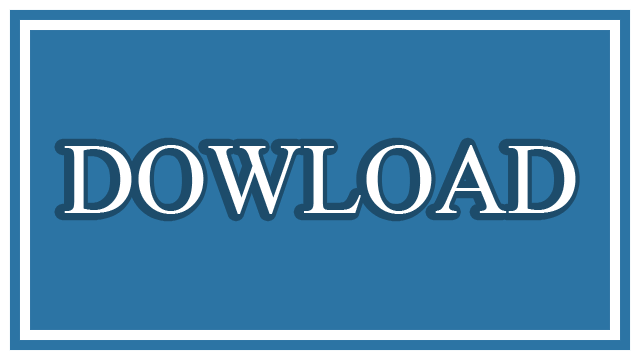 Hey there, development for this game started four(4) or five(5) years ago but was shelved for personal reasons. I have never shared any info on the game before since, at the time, completing development for this game was a bit rocky. Recently, however, after play testing the game for about three(3) and a half hours, it somehow sparked an interest in me to finally finish the game.​

RivalRamen_Games
Just finished eventing a couple simple puzzles in RMMV, for my very first game "Sample Quest." Just messing around, throwing things together, and calling it a story XD On a non-RM note, got my hair cut today!
39 minutes ago •••