RMMZ Has anyone got automated tests working? 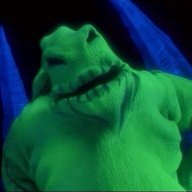 I'm a major believer in automated testing (particularly for large scale projects), but with RPG maker it seems a bit tricky. I suppose unit testing could work if we isolate our own .js code from the rest of RPG maker and use mocks and an integration layer. However if you do most of your edits in the RPG maker editor, that seems to produce mostly JSON data files, which get handled by the core .js files of RPG maker which are hard to unit test.

I tried throwing some GUI testers at the final deployed executable of my tutorial project, but all they can seem to access is a single opaque window where all the game contents are rendered. They can't seem to get at things like the buttons on the title screen. After doing some research I suspect automated testers that rely on image recognition technology like Sikuli could probably handle it, but I've heard such testing can be more maintenance work than testers that manage to lookup objects by ID.

The last thing I tried was running the main .js files with jsdom to simulate a web browser environment, and made some progress but haven't quite got it working yet. I kind of like this idea as it might allow us to run unit tests on the main .js files and integration tests on plugins and it would theoretically run nice and fast without any rendering being done.

I figured I'd share notes to see if anyone else has figured this out or has other ideas I haven't considered yet.

Haven't tried it myself, but looking at the github page for PixiJS I found this: https://github.com/pixijs/floss

I also found this inspector: https://github.com/bfanger/pixi-inspector
I suspect it has some code which is helpful for figuring out how to access graphical objects like the buttons on the title screen.