Has Anyone Tried to Sell Their Game to Nintendo? Is there an RPG Maker Game in Nintendo's Library? 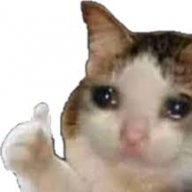 I really want my game to be commercially available. Especially in Nintendo?
Has someone tried this or is there an example of it in Nintendo's game library?
Asking for me and other developers here

Well to start you need a Nintendo Dev kit, which costs $$$ (I heard it can be as high as 1K but no confirmation on that). Also you'd have to do a lot of work to make it run on there.

The RPG Maker MV editor is gonna be on the Switch in June (well, in English, it's been out in Japan for quite a while), so I suspect there's a lot of backend stuff that's already been handled. That said, you'll be competing against all the free RPG Maker games available through the RPG Maker Player.

Here's the nintendo developer link if you wanna see what's involved there https://developer.nintendo.com/

Thanks for the reply, @bgillisp.

Do you know if that dev kit contains programs for me to make my game? Or can I just program my game in RPG maker me and port it from there?

@Restart, thanks for the input about RPG Maker MV being deployed through the switch June. Actually, I’d much rather stick to My MacBook version because the one in the Switch shop is gonna be kinda limited to program :/ no personal or original Plugins probably for example.

Thank you for the link, @Restart

What they meant is, assuming Switch MV is the same engine as PC MV, there is already a solution for porting your game to any environment where MV already runs (Switch, PS4, what else?) which is probably on the hands of KADOKAWA or Degica. Assuming you have a notable project that you want to port, you'd probably make a good pitch and try to convince someone from KADOKAWA or Degica to publish your game, and if it really is the same engine, they should be able to provide support for such a port. But the bar is probably very high.

Which is something I highly doubt. The console makers have always been massively different compared to the PC-based makers for a lot of reasons, and that includes very limited ways to change the engine or the resources on a console.

And that is not exactly because of technical problems - it's because consoles are closed systems. The scripts/Plugins of the PC-based makers are only possible because the PCs are open systems with dozens of access points and anti-malware programs to protect those.
Consoles are closed (as in anything that can enter them is closely monitored before being allowed on) and allowing an open plugin structure for a game would break them open and allow too many people a weak point to enter malware through.

Any game going onto the switch is gonna get screened by nintendo; I'm not saying you can beep-boop download the PC game onto a switch without going through the standard code review et cetera, but I am saying that the necessary expertise to get a RPG maker game working on the switch already exists.

The question is if the game is big enough and profitable enough to be worthwhile for them. It is probably not a coincidence that Game Maker Studio 2 officially became capable of exporting for the Switch the month after the Undertale Switch port was released - if it's a big enough game you can get the engine developer onboard.


And of course going outside the rpgmaker devs, html5+javascript games have already been ported to switch (CrossCode for instance).

The console MV is not the same as the PC/Mac MV. People have already posted screenshots of the event editor, showing that there are differences.

And as Degica is not distributing MV for the Switch, I doubt they would have much interest in publishing a PC-made MV game on that platform.

The console MV is a port of the PC version; while the were differences needed to adapt to specific hardware limitations (including UI changes), it's still a port of MV, not a totally unique version of RPG Maker made from the ground up.

But as I said, it doesn't really matter because the marketspace is gonna be flooded by every free RPG make in Maker MV, so you'll be competing against a ton of free rpgs using the same engine. Unless you get really big off switch (like undertale big) nobody's gonna risk it lol. 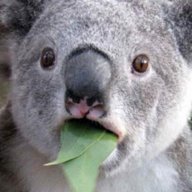 I'm not familiar with what Degica is actually doing with the Switch RPG Maker, but let's assume that you can't port PC-made MV games to the Switch's port. I have a bit of a background in publishing for Sony, so here's what you can expect.

You'd have to get a dev kit. Switch dev kits are actually only $450. Crazy, really, considering that the old PS3 dev kits were $20,000. I'm unsure if Nintendo uses separate test kits that emulate a retail kit, but if they're like Sony, they do and you have to get that too. This would be cheaper than a dev kit if so.

From there, obviously, you'd need to go through whatever programming hoops there are to get the game running on the Switch. Other engines have optimized the process. RPG maker has not, so, good luck.

But if you've done that, unlike with Steam, you have to go through Nintendo's compliance QA process. You would have to do this for any console port. Since the game is (probably) single player with (probably) no social media functions, it shouldn't be so bad. Nintendo is still the hardest QA to pass, but generally if your game doesn't crash and their team doesn't encounter serious bugs, you should be OK. But you will need to do some QA and add functions you wouldn't normally do on PC. For instance, consoles all have a "suspend" function, where your game must pause and not keep advancing in the background when you return to the console's home menu. Your game can't crash or softlock or whatever when controllers disconnect and reconnect. You have to ensure players adding or mashing on additional controllers can't break the game... And hundreds of other test cases. Any time you want to patch, you have to pass this QA process with the patch applied. This QA process costs... an unknown amount of money. And it'll cost you each time you resubmit if your game failed. But Nintendo is supposed to be friendlier to indies in terms of cost these days, so maybe it won't be so expensive.

After this point, assuming you've reached a point where you either passed the QA or promised to patch the game in X time and got some bugs waived, everything's easy. You just provide promotional materials and when you want to publish the game to Nintendo. 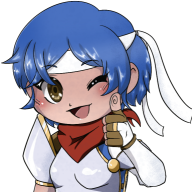 mavins16 said:
Has someone tried this or is there an example of it in Nintendo's game library?
Click to expand...

Ara Fell is on the Switch. Looks like it was published by DANGEN Entertainment. I haven't looked into it any further, so I have no idea if the developer had to completely rebuild the game from scratch or not. 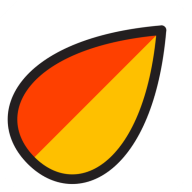 Ara Fell is remade in Unity? I thought it was on MV...
That said, To The Moon has a Switch version too. I know they used an external group for the conversion though.
And Yume Nikki. Not sure if it is still RM.
Corpse Party probably does not count though, I think it isn't actual rpg maker game for many releases already.

When you made as much money as To The Moon did, you can afford to give it to a company that ports games. It’s a risk, but more for unknown developers, not someone who has critical claim like To The Moon.

@tale yeah, I kinda figured that was the case. I assume that if any RPG maker game warrants a Switch port, then it's probably one that already made big revenue on Steam and thus would be worth either the effort of the dev slowly remaking the game in a different engine, or paying a third party to do it. 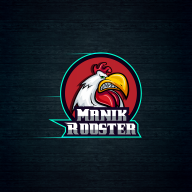 I've contacted Nintendo about putting a game on Switch. This is what they told me:


"Thank you for your interest in developing for the Nintendo Switch. In order to be considered for access to Nintendo Switch development resources, we require an overview of your planned project as well as your development experience history.
If you are based in Europe or Australia/New Zealand, please send your information to developers@nintendo.eu. If you are based in the Americas, please send your information to thirdpartypublisher@noa.nintendo.com. Please include support@noa.com in the CC. Please feel free to include screenshots, videos, or links in your information."


Looks like they want a pitch, a portfolio. Keep in mind, I contacted Nintendo two years ago, and this was when the Switch wasn't even a year old. Back then everyone and their mother was bugging Nintendo to get their games on the Switch and they were selective about who they gave devkits to. This could be different now, I'm not sure. Your mileage may vary.