Glad to see this project is still alive and well.

It's finally released! Download link has been updated in the OP (Also grab it here).

You can refer to my last post in this thread for a list of changes. Thanks to everyone who's still following the project!

Fantastic game from a fantastic dev, download and play, you won't be disappointed. A lesson in how to keep your rpg on point and super focused.

To those who played the first version, thanks for the quick feedback!

Demo has been updated to v1.2.

Where exactly can i find the demo? It's not in the first post and there's also no link on your rpgmaker.net page

@gRaViJa Really sorry about that. Links have been updated on the main page. It's also here:

From this point on, I'm hoping to make only incremental changes. Thanks again for the ideas and feedback!

P.S.
The thread has been updated with a Developer's Note.

Demo updated to 2.0 (So much for making only incremental changes...)

Aside from a few bug fixes, battle balancing, and other visual tweaks, here are the major changes for this release:
As always, feedback is very much appreciated. Thanks!

The name Asylum: Secret of Caledria is no more!

Why the name change? "Asylum", by definition, can mean a "secure retreat". And that's basically what Caledria is, in a nutshell. The title seemed fitting at the time I chose it. The problem is, Asylum is a word commonly used in horror games. So people were confused when it came to the genre of the game. Not only that, but searching the word "Asylum" in relation to any game brought up so many different results. It became a nuissance trying to find my game using search engines.

Going forward, the game will now be called "Haven: Secret of Caledria". Hope you guys approve of the change!

Also, any current downloads will be removed until I released another update with the proper titles. I'll have those up within the next couple of days.

The OP has been updated to reflect the changes as well. Thanks!

And what better way to celebrate your new title, than to be recognized among "The Best RPGs of 2020"!

Demo links are back up. Screenshots in OP are updated as well.

It's been almost 5 months since my last update. A few life changes and a foolish commitment to porting to MZ slowed my progress. But I'm back on track, and staying with MV. Here's a changelog highlighting the notable updates:

A JRPG inspired by SNES classics 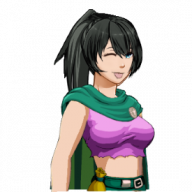 Neo Soul Gamer said:
A few life changes and a foolish commitment to porting to MZ slowed my progress.
Click to expand...

I had the same experience. I'm curious what was the breaking point in MZ that forced you to stay with MV?

I will give your demo a try. Do you have any requests for the feedback? (certain things you want focused on, etc.?)

Gallas said:
I had the same experience. I'm curious what was the breaking point in MZ that forced you to stay with MV?

I will give your demo a try. Do you have any requests for the feedback? (certain things you want focused on, etc.?)
Click to expand...

Thanks for giving it a shot!

For the decision to stick with MV, there were a couple of things.

1. The Visustella team announced that a certain set of plugins that I desperately needed weren't likely to be ported.

2. It was becoming very difficult to commission coders for the extra plugins that aren't available in MZ.

3. I totally underestimated what porting to MZ actually entails. It's not as simple as just transferring some data with a little extra work. I have to comb through all of my events to change plugin commands, redo all of my action sequences, change some lunatic code because certain functions don't work in MZ anymore. Not to mention testing ALL of that to make sure the game is bug free... Brutal stuff. XD

So yeah. MV has its shortcomings, but I'll live with it.

As for feedback, I'm pretty much at a point where I'd like for people to just try and enjoy the game. I find if people go in with a critical eye, it can be a distraction from the little things that I rely on to make the game appealing to casual gamers.

I mean, if something stops you from enjoying the game that could easily be fixed, I'll probably implement whatever changes are suggested. Otherwise, I say just have fun. If the game isn't holding your interest after the first 10-15 minutes, don't waste your time finishing the demo.

Wow, thanks for the great rating!

Some response to the feedback:
Overall, I'm super happy that you enjoyed the game. I'll be implementing quite a few changes based on your feedback. So thank you very much for your time!

I'm always happy to serve / Also. your game is really, REALLY good but I was only able to find a demo of the game. Will there be a full release to the game any time soon? I'm interested in placing this game on the nerd mansion store but only the full version .
You must log in or register to reply here.
Share:
Facebook Twitter Reddit Pinterest Tumblr WhatsApp Email Share Link