Having multiple parties with separate inventories 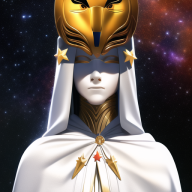 I plan for my game to have an ensemble cast with no specific main character. Before all the characters meet up and join together to make the main party, I want the perspective to swap between multiple parties (party #1 will have actors 1-4, then after their introductory story is told, it'll switch to another party with actors 5-7, etc.) as the narrative demands.

Easy enough but inventory is the issue here. For immersion and balance reasons I don't want party #2 to have access to the items the player might have picked up while playing party #1 and vice-versa until all of the characters meet. Is there a way to have multiple inventories that can be saved/stored then reloaded at will?

Googling only turned up DAE's Actor Inventories as a potential immersion-safe solution so far, but it won't play nice with VisuStella plugins for me despite comments claiming it's compatible. I just can't get it to function. Hoping others have other plugins or ideas to suggest.

I don't know if this'll play nice with the plugins you're using, but you could try these script calls:
If you're using anything for instanced (a.k.a. "independent") items then you may need something different. For future reference, these examples are from the MV / MZ Script Call List.

Holy hell, this seems to work perfectly! You're a lifesaver, thank you!