Having trouble with positioning actors in my party 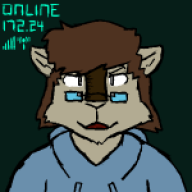 Hi! Just got my copy of MV and I'm loving it already! I'm just working on some test stuff to get used to the system (And RPG making in general), and I'm trying to figure out how to do a thing with party members.

The setup is that I want my party to contain only one character at first, and then when they talk to a certain NPC, they'll join the party. So far I've gotten that part down pat, but for some reason the new party member joins my party's 4th slot instead of showing up in the second slot.

Any way I can fix this or tell the actor to enter the first available slot in my party?

That is strange, and didn't happen to me in the beta version.

Have you added any plugins yet?  If so, which ones?

In the System tab, do you only have one party member listed?  Do you have any blank Actors in the Actor tab of the database?  Could you please attach screenshots of those two screens?
Last edited by a moderator: Oct 23, 2015 I believe you're right with the blank spaces thing, though! I added in a couple of filler characters to the blank slots to see what would happen, and sure enough Test Follower ended up where he was supposed to be (Likewise, bringing the number of Actors down to 2 put him in the right party spot - since there were only two slots to be in, haha!). Strange that that behaviour occurs when there's blank spaces, though.

As for scripts, I'm using YEP_CoreEngine, YEP_EquipCore, YEP_MessageCore and YEP_Skillcore, in case those affect anything!
Last edited by a moderator: Oct 23, 2015

Any chance you had just erased the names of those actors in the Actors tab but had not taken them out of the party lineup in the System tab?  If you had done that, there would still be 4 actors, they would just have no name (and potentially no sprite).  Also, if you went to the menu, you would see the first actor, a few blank slots where actors should be, and then the new addition.

To start your game with only one actor, you change the System tab, not the Actors tab.

Do you think that could be it?

Aha, looks like that was it! Just a case of PEBCAK then, I'm still relatively new-ish to RPGMaker in general, but yeah. Thank you for the help Shaz!

standardplayer
I have tried, several times to understand how Markiplier is popular. You can't deny his popularity. I can only get through a few minutes of his vids, though. He's cringier than ANY cringe comp I've ever watched. When I was a kid, if you acted like that, 0 friends and 100% no dates for you. Times have changed XD
38 minutes ago •••