​
HE - Main Menu​
Introduction
This script change the default menu scene to a more improved one, Adding a new animation feature, tweaking the visual and improving overall how the menu scene works. Functions from XS - Menu Delux is still there of course but with a slightly improved code.

How to Use
To install this script, open up your script editor and copy/paste this script to an open slot below Materials but above Main. Remember to save.This script doesn't require XS - Core or the Numeric Class script.

Install the scripts in this order:

For convenient matter you can also download the demo (Version 1.0b) instead.

Download this package if you don't want to download the complete demo. Contains the graphics used for the script.


Updated and new scripts are the following::


Credit
Please credit me if you are planning on using this script. Thanks.
Private message me if you want to use this in a commercial project.
Last edited by a moderator: Feb 10, 2014

Released 1.0a. Make sure you redownload the demo if you already downloaded the previous version.

This looks interesting. Always nice to have an option to change the menu screen looks.

I'll try it out soon.

I wonder if I should just go to this instead of my edited version of your other menu .

This is really nice indeed.

But most importantly, I can't wait to see how the Equips, Skills, Items are going to look since we don't have many menus that customize those.

But we already have a lot of the basic main menu parts.
I know Moghunters new Menu for Ace customized everything. 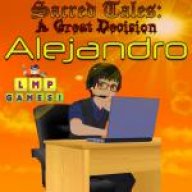 One question, can it be used like a 1 CMS script? For an adventure game for example.

As Pikalyze I don't know if use this script, because I'm using other of your menu scripts which is awesome too

Thanks for the feedback

@Kizami: Well, it is mainly supposed to be a party menu and not for one character. Maybe I can do a specific menu scene just for that in a near future.

Released 1.0b. Make sure you redownload the demo if you already downloaded the previous version.

Also, could you possibly add an option to use specific SE's for the cursors/confirm/etc?
While using the SE's we set in the Database for the rest of the game?

I'd like to set custom SE's that are different for the Menu only, kind of like how you can have menu music, but menu SE's as well.

Holy snap this is so freaking sexy.

@Lankaino: Sure, I guess I can sort that out in the next update or maybe faster. 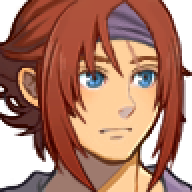 This is pretty darn good looking! *u* I have a question though, could it be possible to change the number of characters visible on the main menu? Like, less than or greater than 4?

@Soma: You mean a setting to set by yourself how many actors you want to have for the character window?

Anyways, if you don't wanna wait for a update look inside the Main Menu script for the class Window_MenuStatus and the following code:

def window_width # // Method to determine window width. return (Graphics.width == 640 ? 4 : 3) * item_width + standard_padding * 2 endThats the method checking which width it should be for the window. Right now it is first checking which resolution you have and setting the size depending on that.

Change the numbers 4 or 3 depending on which resolution you use.

Oh and you also need to change this method as well:

def col_max # // Method to determine col max. return 4 endShould be equal the number you are setting for the first method.
Last edited by a moderator: Nov 10, 2013

Nicke said:
@Soma: You mean a setting to set by yourself how many actors you want to have for the character window?
Click to expand...

Yeah, like if your party only has a max of 3 members that can be used in battle, or want to show all of your party at once; 6 or 8 for example. BD (In-battle ones could be set on top, and the reserves members below them.)
Last edited by a moderator: Nov 10, 2013

Okay! Released 1.0c which changes the Item Scene and adding some new features overall including the setting @Soma wanted.

desukarhu said:
Beautiful! Can't wait for the equip window, there are no proper scripts for that. My only wish is that there would be a small window that shows what parameters (and ex-parameters) the equipment adds. Unlike the vanilla equip window that shows the actors current stats in a window and then shows the difference when you hover over an equipment.
Click to expand...

What's the difference? Their both showing you that stats that will be increased.

I found a problem with the Equipment Screen "description" of equips.

I don't know if this is because your Equipment screen is unfinished, or not. @Lankaiono: I've fixed that, just noticed that when doing the Equip Scene actually. I probably release a update as soon as possible.
Last edited by a moderator: Nov 12, 2013

Nicke said:
@Lankaiono: I've fixed that, just noticed that when doing the Equip Scene actually. I probably release a update as soon as possible.
Click to expand...

It's fine, I don't really plan on using this Menu Engine until it's complete, but I do have it in a separate project to edit and have everything ready for when it's done.
Last edited by a moderator: Nov 12, 2013

Lankaino said:
What's the difference? Their both showing you that stats that will be increased.
Click to expand...