Heart of the Stars DEMO AVAILABLE 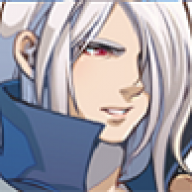 Now to play the game

Theres still so much more to do. I'm thinking I might have to do some major streamlining to get it done. So most of my special features will have to wait.

Let me know what you think. Thanks. 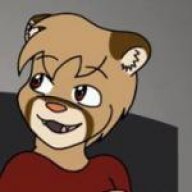 This game is AMAZING!! I really do hope I can create something this good.

The story is very interesting as are the charecters, I love the way the battle system and menu's look!

Did you create those yourself ?

I'm just using the defualt RPGVX battle system for now, it makes my game look like swiss cheese compared to yours xD

The swearing wasn't all that bad, i found the charecters all funny and entertaining in there own way.

The dungeons and world maps where well designed and I really found myself wanting to play more which is a really important part of a RPG, or at least I'd like to say so

Keep up the hard work, and let me buy the full version when its done okay?

you sir/mam are a genius compared to me, i must try harder. nuff said 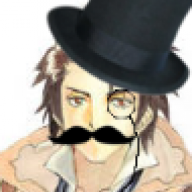 Let's see here... Heroes with vices, interestingly-worded premise, nice looking maps... Yeah, I'm sold. I'll give this a download and let you know what I think. : 3
Last edited by a moderator: Jun 24, 2012

Thanks. I'd appreciate any feedback.

I'm back and working on it again, so hopefully I should have it finished soon, I did manage to get most of the main plot written into the rpg maker, just the eventing and quests and stuff to do now.

I hope to have it done by the end of this month at the very latest. 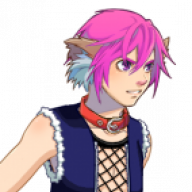 I do love darker games (is playing the persona series atm) very dark...very morbid. >.>still dun like zombies tho...no evidence of zombies in your game however so I may try it.

Ok, I am now officially back working on this until it is finished.

It will be completed!

How do I get it moved to project development? I'm curious what the key items do!

Your mapping is average, so nothing to complain there. I am curious of the last three screenshots in front of an open chest...I'm not sure what's going on there.

The story sounds like something that you do hear a lot in old RPGs with the "save the world" syndrome, but the characters not filling your typical hero role could prove interesting.

I like the idea of hidden passage! A lot of RPGs stopped doing that recently.

The key items are fun, they can be used for a bunch of things in game.

It's just a little scene from later in the game, I thought it was amusing, but it might not make too much sense in screenshot format.

Yes, the story is pretty generetic in terms of "save the world" but the characters certaintly aren't in it for the greater good or to actually help the world. lol.

I love secret passages! so there didn't seem much sense in not having them.

Updated with some awesome pics of the characters drawn and coloured by the marvelous Cosmickitty!
Last edited by a moderator: Dec 11, 2012 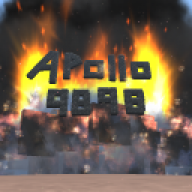 Give it a go. The demo itself isn't dark or anything (that comes later) so you should be safe enough, though when the full game comes out I would say heed any warnings.

I could always use the feedback.

But I will play it a bit later because tales of the drunken paladin got me stuck . But I will sure try it, my promise!

Btw you should really upload a version without rtp added it would raise the download motivation level of every vxace user in this forum
Last edited by a moderator: Dec 27, 2012

I had thought it was a non rtp version... hmm, that is unlike me.

At any rate, please enjoy and let me know what you think. Just bear in mind, the maps are all placeholders. The story should be fairly solid though... I hope. lol. 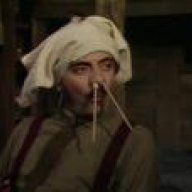 I gave the demo a go. I didn't spend an enormous amount of time looking for secrets, so I may have missed some things. Here are my initial impressions:

+ I think you did a good job incorporating sample maps and making them your own. I do think you're going to need to start making custom dungeons in the future, though. This is particularly noticeable when the world-ending dragon statue isn't the center of room, but just seems to be tucked away in a corner. I'd argue mapping's one of the most time-consuming parts of a project, but your project is good enough to warrant the effort.

+ Overall, the writing is really quite good. I like the characters, am happy with the tension between them, and am curious to explore them and their dynamic more. They aren't a cast that invest a whole lot into The Power of Friendship, which is refreshing. Each character has a distinct vocabulary and speech patterns. I'm really loving that the core concept of the game is these three characters trying to profit off of a mistake they make. Dialogue is organic.

+ Given the limitations of the vanilla engine, you do a good job with cut scenes. I'm inspired to try and follow your example.

- Witch battle is too easy. Don't be afraid to challenge players a little more. All our potions and scrolls are just taking up space if we're not given more motivation to use them.

Bugs: The big monsters guarding the stairs don't end the game, but simply disappear when you touch them.

There's a small graphic glitch immediately before and after the witch battle, where Aaron appears off to the side.

Church revive effect is a bit wonky. I'd go for something smaller centered around the character.

"Owner of one of the worlds few Airships." Worlds should be world's.

"Now, where could she has run off to?" Has should be have.

"You must be desperate for a lay if your proposing that." Your should be you're.

"Did we suddenly become to do-gooder party?" To should be the.

I also noticed you seem to emphasize important words by capitalizing the first letter. I'd recommend using text effects, instead.

Food for thought: The motivation for searching the tower for valuables stems from the royal messenger short changing Ian (by as much as a fifth of what he originally promised, according to Ian's math). Given that the conflict of the game seems primarily character driven, I'd argue that this is a tad weak. The cast lets the monsters out, setting the plot's events into motion, and so I think it should be the cast that necessitates the trip to the tower in the first place. Maybe have Ian squabble over the price with the RM, or insult him in some way, thereby screwing himself over. Again, just food for thought.

Overall: I'm really impressed with this demo, and am looking forward to more. Writing is your strength, and I recommend using it to its maximum effect.

the reason them being short changed and go to the tower is because they need the money to buy back their only mode of transport, the airship... I had thought I set that up pretty well... ah well, I'll see if I can make something more compelling.

I'm glad you enjoyed the demo and rest assured, I am slowly but surely redoing the maps. as i am not too good at databasing but i am working on it, and you learn more about the characters as time goes on in the game. I hope to have some more done soon and the glitches worked out. so hopefully you'll enjoy the finished product!

As to the plothole you mentioned. If you remember he asks the witch for the kings trinket and Witch herself fills in the gaps. Also, the dragon... that was deliberate. in the remad map it's tucked away as well. lol.

Thanks so much for playing and I hope when it's finished you'll play it through and still enjoy it!

Paladin-Cleric of Awesome said:
the reason them being short changed and go to the tower is because they need the money to buy back their only mode of transport, the airship... I had thought I set that up pretty well... ah well, I'll see if I can make something more compelling.
Click to expand...

No, no. Why they *want* the money is made abundantly clear, and that's a fine motivation. The protagonist wants the ship, and Ian wants to use the ship. That's all clear, and it works. What I'm referring to is Ian's initial claim that their job will pay off enough for the ship, plus cash left over for Ian and their companion (forgot her name, sorry ). When the RM pays him, Ian says he was short changed, which implies the RM fell drastically short of his end of the bargain. Since they need at least 2000 G more, they go to the tower, unelash hell, and try to profit off of it.

It's not that being short changed is a bad obstacle, because it's not. It works. But I'd rather have it be brought about by the actions of the characters (much like the rest of the driving plot), rather than it being a hand wave. "Oh, the RM is a ditz and didn't give us nearly as much as he said he would," doesn't work as well as, "Ian, you just screwed us out of our way out of here, now we need to risk our lives again." Does that make sense?


Paladin-Cleric of Awesome said:
As to the plothole you mentioned. If you remember he asks the witch for the kings trinket and Witch herself fills in the gaps.
Click to expand...

I think I remember that, you're right. That's perfectly reasonable.


Paladin-Cleric of Awesome said:
Thanks so much for playing and I hope when it's finished you'll play it through and still enjoy it!
Click to expand...

I'm sure I will! You're off to a wonderful start and I expect it to get better and better.

ahhh. I understand what you mean now. I guess I'm just used to RPG'S having flimsey reasons to continue the plot and didn't really invest as much time into that one as I should have. I mean most rpgs just have a crystal or king telling the gang of ill prepared teenagers to go and save the world and they do it, and if that's not just really flimsey then I don't know what is. lol.

I am fixing up errors in the plot as well as I go through, so I'm sure I'll be able to pull something off. nd don't worry, Wren has a way of fading into the background because Ian is such a story hog. lol.

Again, thanks for playing and your comments I shall certaintly take them on board!

I totally understand where you're coming from. I've been thinking about submitting a demon for my own project as well, and I'm amazing myself over how many short cuts I've been using .