Hopefully this is now in the right spot for this?

SUMMARY:
Kuro is a young cat who dreams of becoming a mage. Once day a message arrives, and he gets accepted into the dungeon program. And so his adventure begins, what lies before him is unknown. He will meet many adventurers along the way, and many surprises along the way. Though the future is a mystery to even him on what his destiny will be.

This is projected as a 5 chapter game project. But main focus is on chapter 1 for now.
3 Animated Cutscenes
Fully Voice Acting
Original Score
Top Quality Art

NOTES:
The status of it is that it is fully written and the main character is cast.

I do have the character designer set and he is ready to begin.

In need of a composer as well as one who can do pixel and map art.

The main issue with the crew like the artist is funding. Now I have talked on how much he wants, and as well as art details too.

There are 2 love scenes that involve 2 males. Now these scenes are optional and not mandatory to the game. Only one of them is canon though.

This is in no way a pornographic game. I am making sure it stays within the T rating. So I can make any edits possible.

I'll also be storyboarding these 2 scenes as well, so I'll make sure that the only nudity that is show is the back. Not frontal. So brief nudity I hope.

I hope this isn't a bother to you? If you'd like them to not be in it, I can do that for now. But up to you. Again, those scenes are optional and not mandatory to this.

The ending cutscene does have some blood in it, but nothing too major.

Oh and some language is used but it's minimal.

This was originally intended to be made as a visual novel, but I changed it to RPG Maker MV due to it being more familiar with other gamers.

Artist wise I would need help with making the maps and character sprites.

And some help with programming too like plugins and stuff.

I am only an inker and flat colorist, so I can help with the art aspect.

CG art for specific parts of the story. This I can help ink and flat color too.

A number is set on how many CG art there will be.

Animated cutscenes will be for later since I'm not sure if it will be possible right now. Mostly due to funds.

The concept demo's purpose is to show the characters, setting, and story. It is in no way the intended final product, just to establish the world is all. Nothing more.


The Roles that need to be filled are here:

If you want to do the art, I cannot pay you I apologize. But what I can do is help with it. As I said I am an inker and flat colorist, so if the art is sketched out, I can do the rest. But then you would need to do the shading. I hope that this is fair enough too?

The maps and sprites are custom ones, so it won't be using the default assets that RPG Maker MV comes with.

Animator is for when the sprites are in action, like walking, reactions, and battle.

For the cutscenes, they could just use in game graphics depending on if that can be done? Animated would be a bigger thing to do and one that I cannot pay. But can help with the frames.

Now I'd like to mention that since the default assets are not being used this will be all custom made. So it'll be quite a task I think?

Also I might be a bit picky about who does the character deisgn and CG art. But show me what you've got and I'll take a look at it.

And if you don't get chosen to be the designer, as a bonus, I'll include your artwork as a slideshow for the credits ^^ 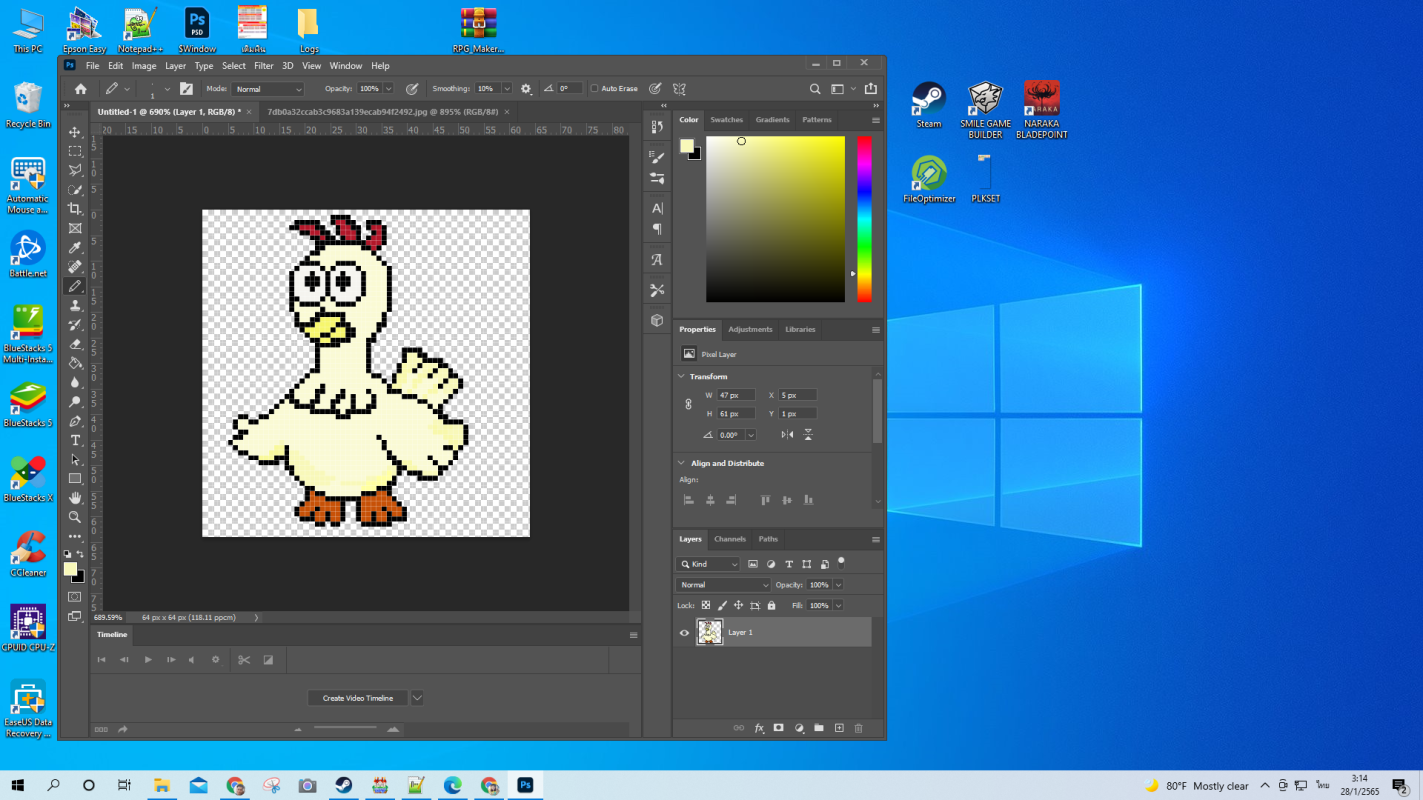 Conflictx3
Hit the ground running! first day back and got ALOT of things going and even have a bunch of fresh ideas on how to tackle old problems!
Today at 4:51 AM •••