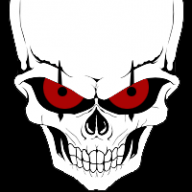 I've been around since the days of RMXP,  but the first time I was introduced to the series was with RPG Maker on ps1... Yeah that version where you needed 10 memory cards to make something decent


I'm more of a "Lurker", and most of the time don't really interact with communities in general, guess I'm a lone wolf by nature. I never really completed any games with the Softwares I just mainly like to mess around with them.


I recently bought RMMV on steam, what got me interested was mainly the move to JavaScript, PIXI, HTML, never really was a fan of RGSS. Not that I have any Script-Fu knowledge, but I can decipher most of it, and after some hard work and patience make it work my way... "sometimes".


I own a copy of VX/ace on steam, but never really got into it. And can't wait to put my hands on a copy of Visual Novel Maker to try it out. I also like to mess around with photoshop, sometimes its great, sometimes its far from even being close to not bad. But I like it


The reason I decided to create an account here was mainly to come over and say thanks.


Thanks to all the Scripters, Coders, Clever Peoples, Helpers, Artists, and anyone that contributes in general in making RPG maker "something better". 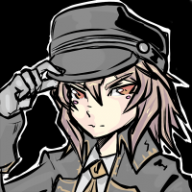 First, welcome to the pack community! I'm a lone wolf myself (*cough* quite literally *cough*), but still, I like to connect with people sometimes, so if you wanna hang out and discuss game making, I'm here!

I've been around since the days of RMXP,  but the first time I was introduced to the series was with RPG Maker on ps1... Yeah that version where you needed 10 memory cards to make something decent
Click to expand...

Ahhhhhh I know that feeling, christ the amount of time I've spent trying to create games in that version! Have you messed around with the ps2 versions too? RPG Maker 2 specially is comedy gold, I'd spend hours trying to make world maps with the modelling tool, only to come up with something ugly lol.

In any case, nice to meet you and enjoy your stay! Happy making!

@Vito The Boss Thank you


@SheWolf Thanks, nice to meet you too. To be perfectly honest I wasn't aware there was more RPG makers on consoles, I just checked it on youtube, and realized it was in 3D... I'm kinda sad I missed it to be honest looks pretty cool. That made me wonder how many was made for consoles and oh boy I missed a few!

As far as I know only three makers were made for the PS2 before that series was discontinued due to the limitations in its function.


But for such questions, Wikipedia is your best friend (the PS2-Makers were only referenced at top as they have a different article:

@Andar, Thanks for the reference


I wasn't actually asking about it, more trying to say I stumbled upon that wiki page after reading SheWolf's reply mentioning RPG maker on PS2, and wasn't aware more was made for consoles Outside of PS1, like the ones on PS2 & DS.