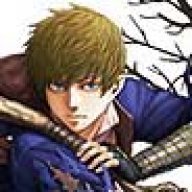 but I haven't introduced myself yet!

the reason is I don't know how to post!

I only learn how to post here a couple of days ago!

well, My Name is Ace Ming

I started to discover this thing

because most of these games were created using VX Ace.

but I always get stuck in those games because I can't read Japanese.

but that time, I'm really really confused on using it at that time and I quit using it

but after a year, I learned how to edit gba pokemon maps and sprites

then after that, I try to use the  RPG Maker VX Ace program again

since I've started working it. I'm planning to share it here once the game

was completed. I think I'm almost half of it (about 45-48% complete) and playable for 17 hours

but my goal is 50 hours to complete including the bonus stuff.

In case I will release a demo, it may take awhile because I'm still modifying the

events of the project!

I'm also glad because I found many English RPG Games that can be found here!

Either way, welcome to the club. 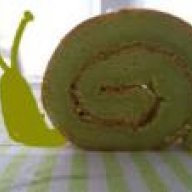 welcome aboard, you can find many2 english RM games here, enjoy the community

Raggon
Tired of just doing mobile. Now you can Play the game in ur Browser! https://bigmala-productions.itch.io/rpg-forever
51 minutes ago •••

Muk adel heid
I'm proud of what I have achieved with my project. Don't mind with the Spanish, Ill add more languages.
Today at 1:10 PM •••
ItsMeDevRoland
Im currently looking at the RPG MAKER Steam page, and i found out the Rpg maker mz requires bit 64 pc, i only have bit 32 pc ;-;, i am really using an ancient pc.. XD
Today at 12:55 PM •••