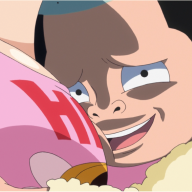 I'm working on a project and I have a big question. I would like to make dialogs with NPCs a bit different from normal and put a mechanism where the player would type what he wants in a "conversation window" for the NPC that will answer something or not (similar to the dialogue with NPCs on Tibia) .

I would like to know if there is any way to do this, either with Javascript or if you know Plugins that do this.

Thank you for attention.

I think that this plugin MIGHT be what you are looking for, though the screenshots in that thread don't show up so I can't be 100% sure, and also it's a relatively old plugin so it might have compatibility problems with the new version - not sure.

I think it's worth noting that what you're asking for isn't particularly complicated from a programming sense - all you'd need to do is set up each button to enter a letter or symbol into a window, and offer a display onscreen that shows what has been typed (and allows long strings, and accepts those strings as input into, for example, a variable). If you can't find anything that exists, you can probably commission it to be made for under $50 USD (note that the Commissions sections won't appear on this site until you've posted more).

With that being said, actually making good use of such a system in a game will be MUCH harder than simply creating the system. In a text-based adventure game like Tibia appears to be, several very creative people probably spent thousands of hours coming up with different words and sentence structures to look for in each conversation, and creating branches of dialogue for each one. This is harder and more time-consuming than simply offering choices on a menu, and I'd warn you to seriously reconsider designing your game in a simpler way if you are attempting to complete your first game.

Lilly
This guy makes so many good hip hop tracks!

zerobeat032
can't use certain things with SRDude's Battle Status Customizer? make the gauges show it lol. I got the gauges to show Olivia's Boost Points and other stuff.
Today at 5:34 AM •••

Poryg
Microsoft tools are a blessing and a curse. They're great, but also insanely restrictive :/
Today at 2:17 AM •••