(Help no longer needed! Thank you!) Requesting a title screen for my game!

I have a title screen from another forum, which I was definitely NOT expecting, but really grateful regardless! I'll most likely be asking RubbyDukky for assistance elsewhere art-wise, so this was a productive topic even if I didn't get the title screen made from a user on this forum! Thanks to all who came by this topic!


Description: I'm wanting a title screen set against a black background. Looking for something simple, with the logo at the top of the screen, and in the center of the screen, a yellow chenille letter "C", like what would be on a varsity jacket in the middle of a spotlight, like so: I don't have the adequate software or skills to do this myself, so any help would be appreciated. I hope this isn't too much of an arduous task, so if it is, let me know and I'll try to come up with something simpler.


Reference Images: These are my logos I created with the limited experience I have with logo design and Inkscape. I think they turned out not too bad. I like how simple they are, at least. I have included both a black letter transparent logo and a white letter logo set against a black background. 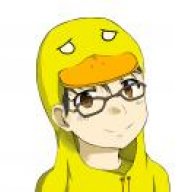 
You might need to be a little more specific for my tastes: do you want any lighting, do we need to draw the logo exactly like you have it, is there anything that you might want in the picture as a motif of the game, are you using the default MV resolution...?


I'm also a little confused on what you mean as the chenille "C". Is it literally woven into a fabric? How is the spotlight portrayed on the letter? Is the black background reflective of the light? (i.e. can light be seen on the background?)


However, if you want to leave most of it up to us, then ignore the questions, and I'll start on it as soon as I can.

Thanks for these questions and your interest in helping, RubbyDukky (cute user name btw!). Forgive me for not being as detailed as necessary. I was hoping i at least provided a general sense of the title screen. Hopefully I at least did that! hehe


You can interpret the logo as you see fit to make it look more professional or give it extra oomph! If you can design it similarly to how I have the current logo with my concept, that would be great!


As for lighting, I'm looking for a subdued title screen where the only real light is the spotlight shining softly on the letter and the area surrounding the letter. Sort of like if you had a rose lying on the ground and wanted it to look dramatic, if that helps any.


As for the letter, the chenille is actually the material, made up of various threads, as would be sewn into a letterman jacket. However, here, it is not sewn into anything. It's just lying at an angle on the ground, able to be viewed entirely at said angle (as seen in my awful MS Paint mock-up). I want the letter itself to almost glow. You see, in my game, the hero is a student at a high school that enters a video game, and the kingdom he enters believe that the C on his jacket signifies him as the "Chosen One" (C for Chosen). Thus, the C is an important part of the game and for the title screen imagery. There's one big moment in the game that the C on his jacket shines, making the hero who didn't believe for a minute about his "Chosen One" status start to take his role seriously. Hopefully that brief background on an element of the plot helps.


I think that should help guide you. Just think "dramatic" for the title screen and "poignant", if those words help. If I just confused you, then I am sorry! haha


I trust your sense of artistry and design as well, so just remember all my explanation as a baseline, and I'm sure you'll come up with something similar to what I have in my mind. if only it was easy to explain the title screen in my head, but then again, it's not entirely clear. I just have a general idea.


Also, if you wish to put your name as a signature or anything like that in a bottom corner of the screen, that's fine too. I will obviously note you in the credits as well.


I'll also try to help you fine tune the title screen if needed, but only if it won't impose on you or require a ton of work.


Let me know if you have any other questions, and again, thank you so much for wanting to lend a hand. It's so much appreciated, and it's nice to see kindness on the Internet from strangers!


I'll start on it as soon as I find some time, but I'm sorry if it takes a while. I'm rather busy these days, and I'm also working on my own project at the moment. Expect a week or more. If you need it quickly though, I'm probably not the choice you want to make.


No signature will be put on it, and no need to thank me so much. I'm mainly doing this for experience, so yeah. PM me if you need me


Also, I'm not very professional, but I'm confident that I can make something decent. If you want something very good, once again, I'm probably not the best choice.

You can probably do it better than me, so that's my only requirement. hehe


But seriously, take your time. I'm doing my RPG project as part of a senior overview for my final semester of college, so I'm doing that and other classes. I know all about being busy, and I wouldn't want you to take time away from your own interests and responsibilities.

What Phil32 means by the letter is something like the letters on these: http://www.neffco.com/Varsity-Jackets?view_all

Thank you for helping to further clarify, mlogan!

Starbird_Resources
trying to wrap up the boat/ship/castaway tilesets with a great galleon - no promises
Today at 4:41 AM •••

Avery
Mail from campus: we will have the lessons this semester not remote, if possible. All my my profs: Remote it is.
Today at 4:03 AM •••

MrKiwi
I ain't dead btw, just trying to keep up with university
Today at 2:57 AM •••