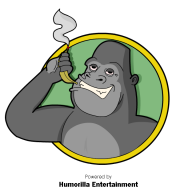 Hello guys!!
I had fun lately designing my battle system. However, I'm having several issues not knowing anything about scripting...
I really would like to modify the script of CTB- Turn Order Display plugin in order to change few things. At the bottom of the picture you can see both the turn order squares and the actor face circle of HUD Maker (All the party members' faces are overlapping).
I'm drawing a layout that will frame the actor face and extends with two lines on the left and on the right of the circle.

What I want is that the Turn Order Display square passes from the right to the left of the circle when the turn is finished. Then, the animation I would like at the end of the turn is the square to disappear at the left of the screen and then reappear on the right at the end of the queue. Of course, I thought it would be awesome if the face, or SV, of the battler is shown at the centre when it is his turn (the same thing for the enemy).

The issues are:
1. The active battler square on the Turn Order display must be invisible during its turn.
2. Only the actor face (or SV) of the battler must appear and not all party members (HUD Maker condition).
3. How may I put the enemies' face or SV in an actor face?
4. How can I manipulate the TOD plugin for the movements I need?

Thinking about it, a solution for 1, 2 and 3 may be to entirely drop HUD maker and try to find a way to zoom the battler square at the center and then move it to the left when the turn is over. It would be far easier that way...

PS. diamond instead of square?

mephet
Decided to add the option to customize decor/furniture in the player's base -- a couple of item options per furniture slot, some different carpets, etc. It's not really difficult to event, but oh goodness it's much more tedious to implement than I anticipated :'D
39 minutes ago •••

richter_h
Dunno but maybe I'll make an art raffle soon. Anyone interested in it?
Today at 7:25 PM •••