Hello, all! I was hoping to get help for Character Creation EX plugin, as I've been staring at this the whole day and have only been growing more frustrated.

First off: I currently have the background, customface pngs, etc. at \Project2\img\SumRndmDde\character-creator-ex but the folders with the character generator parts are at Project2\img\Character Creator Ex. If I put everything at the SumRndomDde folder I'm not able to access the custom editors section of the SuperToolaEngine. I'm able to access it with these locations, though. I'm mentioning this because I'm not sure if that might be part of the problem.

The tutorials for these plugins also say to put them in both locations which was confusing, so it was really just trial and error to see which one worked.

That said, I keep getting a "Cannot read property 'name' of undefined TypeError" when I try to use the plugin command "OpenCharacterCreator 1". No event is triggered when the NPC who's supposed to be providing the activation is approached by my main hero. I know the ID has already been assigned to the main hero because I used \p[1] to check and it confirms that he's associated with the Harold name, which is ID 1. It fades out into black before the error comes out, so I at least think the code is working, but is there something missing on my end, possibly in the parts sections, that's causing it?

I've attached the console and what the error looks like. This is a new project, and this is the only event I've made for it. (In the event code below, I've tried it without the 'if Harold' condition as well, but still has the same error.) 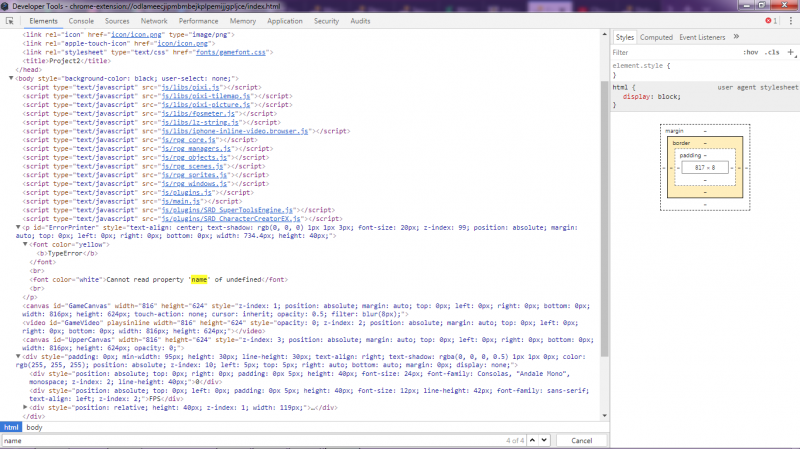 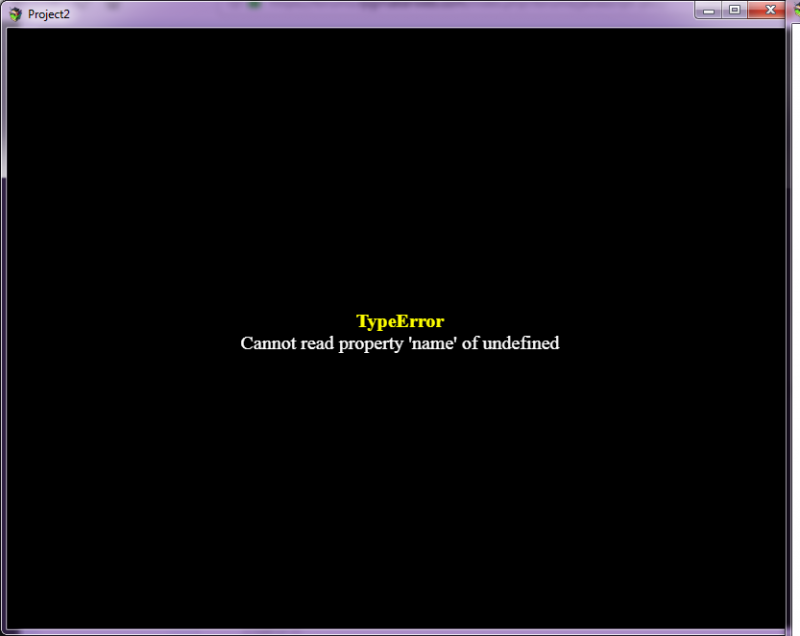 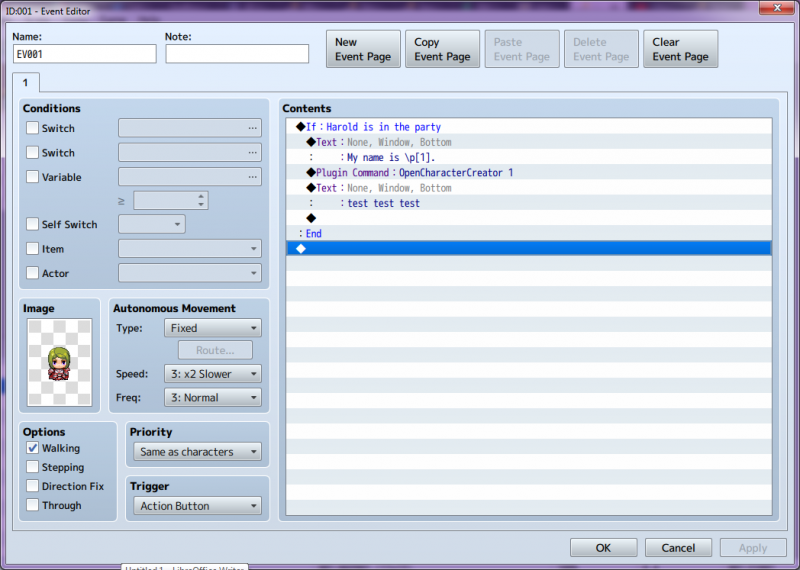 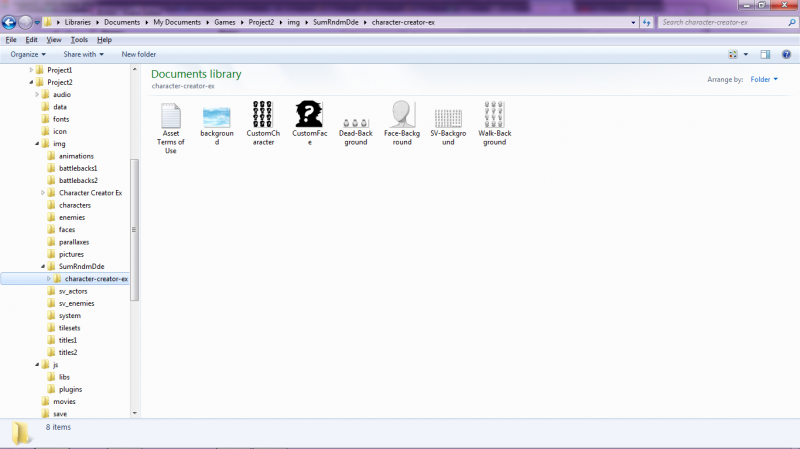 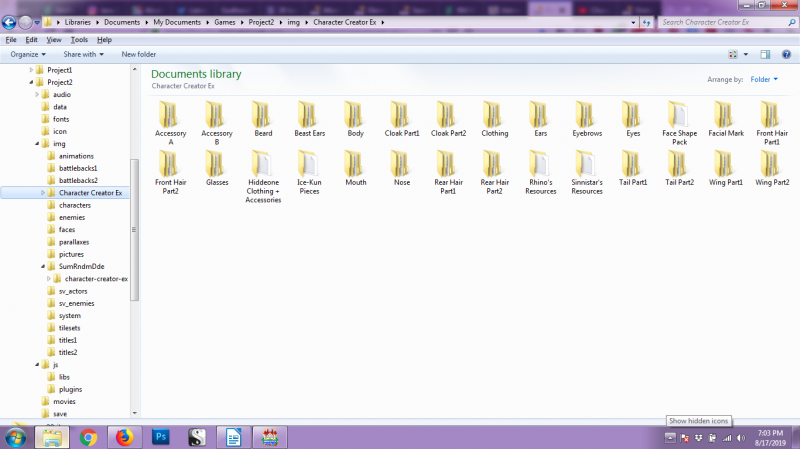 @aelwhin Could you please edit your post to provide a link to the web page where you got that plugin. That way if people need to check something before making a suggestion, they won't have to go hunting.

1) does that error happen after you start a new game, after you loaded a saved game, or both?
2) your first screenshot is wrong, we need a screenshot of the console and not of the elements when an error happens
3) any filepath with spaces will only work under windows and sometimes not even there, because the engine is HTML-based and spaces are forbidden for foldernames and filenames under HTML-rules. So "Character Creator Ex" is a foldername that should NOT be used at all.

1. Both. With this one I started a completely new project just to test it out, and only had a very bare map + just one NPC for my char to trigger the event
2. Added the console screenshot below!
3. I tried it with character-creator-ex as a foldername previously before trying with this Character Creator Ex folder, since the tutorials had both of those versions in the two videos I'd seen 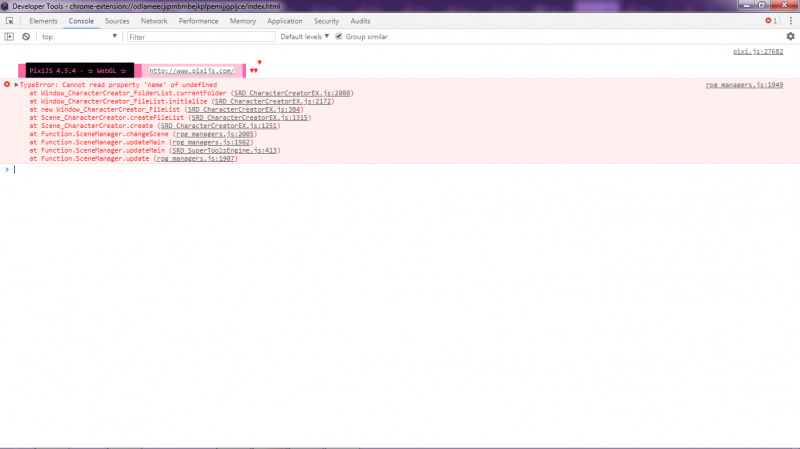 aelwhin said:
I tried it with character-creator-ex as a foldername previously before trying with this Character Creator Ex folder, since the tutorials had both of those versions in the two videos I'd seen
Click to expand...

the instructions of the plugin clearly state to use the - version, the spaces cannot work and either you miswatched or the video was wrong.

1) go to your project folder, open js/rpg_core.js with a text editor and tell us the number at the end of the title line (no number mean 1.0)
2) post a screenshot of your plugin manager
3) and how did you configure the plugin? 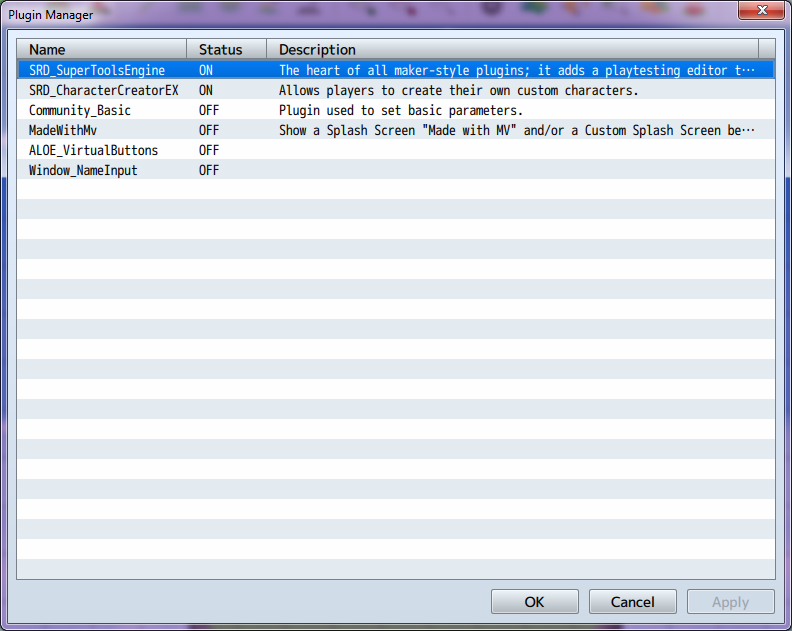 3. Do you mean the plugin settings for EX? I didn't change anything beyond turning it on (my apologies, am extremely new to RPGmaker) 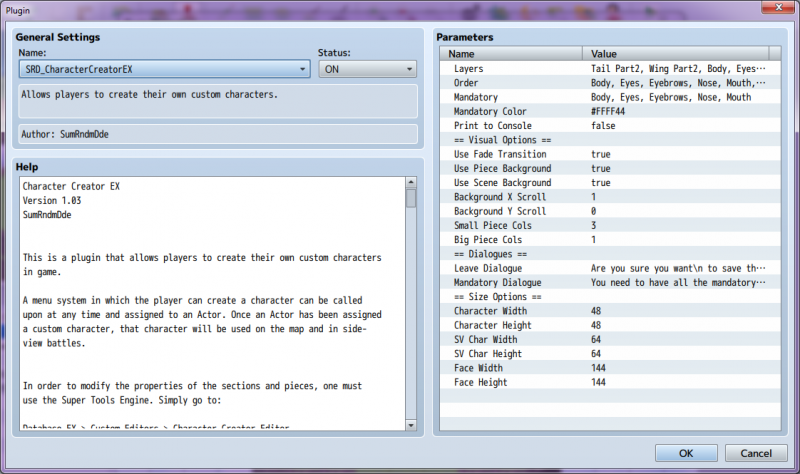 aelwhin said:
3. Do you mean the plugin settings for EX? I didn't change anything beyond turning it on (my apologies, am extremely new to RPGmaker)
Click to expand...

yes, that is what I mean - and that is the mistake a lot of people make.

A plugin often needs to be configured for the project where it is used. Not always (especially not smaller and limited plugins), but very often - and the more complex its effects are, the more probable the need for customisation becomes.

I never used that plugin and don't know the effects of its configuration, but even reading over the list shows me a few points where you might have caused problems:
There is a line of "mandatory" parts, but the folders for those parts look empty in your screenshots above - do you even have those parts available? If not, why are you setting them as mandatory?

That might have nothing to do with your error, but it is a point where I would start looking for a solution.

The folders came with the plugin, and they all do have the needed images within them, so I'm using the defaults. (Each folder has their own sub-folders that the plugin also requires and had already made by default, so I didn't touch those, either.) Just to be sure, I looked through the layers / mandatory sections and can confirm that everything looks to be in place.

so is there any solution for this? because i have same error