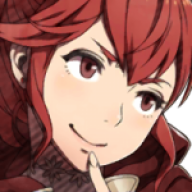 I'm very tired and about to go to bed, so I apologize if I'm confusing at all or not giving enough info (or if I've posted in the wrong place... sorry!)

EDIT: I've found a script to disable the cursor blinking, but it's not at full opacity. I'm working on figuring this out but I'd love it if someone could point me in the right direction so I could get this done faster.

EDIT2: I've found that setting the z-axis of the choice window to below 50 will cause it to vanish entirely. Are images and windows displayed differently? Because there is no setting that will put it between images. Ugh, this makes no sense
Last edited by a moderator: Sep 27, 2015

Please edit your post (Use Full Editor) and give it a meaningful title.  Let people know what to expect when they open it (and also make it easier for them to find if they want to come back and reply later, after doing some investigation for you).