Help with Showing Character Faces in the Message Window!! 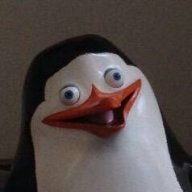 hello! I'm new here, and I really need help for a school project

So I was hoping to emulate a message bust or portrait using already available codes and options for displaying the face graphic in message windows, because I have no clue how to make the character creation plug-in I'm using (SumRndmDde's Character Creator EX) be compatible with GALV's message bust plug-in. Right now, I'm only editing the rpg_windows.js codes, and I've also altered the Face width and height in Yanfly's Core Engine plug-in, and this is how it looks now (the grey background behind the image is just for checking):

But I want it to look like this, as it does using Galv's plug-in:

Yyyes, those screenshots were taken at different times.

The reason I wanted to emulate it without using the message busts plug-in is because I don't think it's compatible with the character creator plug-in I'm using, and I don't want to take out either of them Since Character Creator EX seems to work using the normal face image (the default square one) I was hoping to try if it would work if I change the face image's size and positioning instead to look like a message bust instead of a little square image.

I only changed this so far in the rpg_windows.js file:


Code:
I changed the y value (-100) to bring the image up, hoping it'd go outside the window box, and then I added 200 and 300 for the width and height to see if it'd work; nothing really changed when I added that. I also changed the face graphic sheet to fit eight 200x300 images in it. Besides those, I only really changed the YEP Core Engine plug-in and Message Core plug-in values.

Please, I would really appreciate the help!! If anyone knows how to solve this or knows a character creator plug-in (customizable hair, eyes, etc) that works with message busts or just really knows an easier way through this ordeal, please let me know! Thanks so much!

NEVER edit any of the core scripts, write a plugin that overrides them instead.
editing means that you'll never be able to update the project core (or you'll have to remember to do all edits again after each update), but an override by a plugin would always work, no matter the number of updates.

galvs plugin allows you to use busts, not faces - those were handled differently than faces, and your edits to the face format might be the reason why the plugin no longer works - or it might be a compatibility problem with your other plugins.
please provide a screenshot of your plugin manager so that we can check.

Oh whoops, at least I didn't edit it too much, thanks for the heads up! Galv's plug-in still works fine, though; I just have it turned off. Here's a screenshot with it on:

And if I turn it off, the outcome is just the first picture I sent in this thread. I just can't get it to work with SRD's Character Creator EX because they both call different files. Here's the screenshot of my plug-in manager:

I just really want to get message busts to work with the character creator. Thank you!! 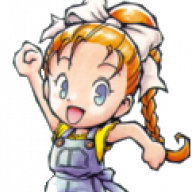 I would like to learn how to do this too! I've been looking for the same thing. Great art, by the way.