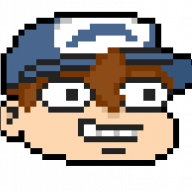 I tried searching the forums to see if anyone has similar problems and while I couldn't find anything, that maybe cause i'm not entirely sure how to word my question. It's also been awhile since i've posted a question on the RPG maker forums and it seems to have changed somewhat. So please forgive me if I post this somewhere I shouldn't. Anyway, here's my question:

I'm trying to make the text boxes/windows in my game resemble pieces of lined paper. But as you can see, the lines in the middle of the text box don't align with the lines at the two edges of the text box. I've tried fixing the problem myself, but I can't. I've enclosed an image which will hopefully explain what i'm trying to say better. In short: Is it possible to make the lines on the paper aligned? And if so, how??

Whilst i'm here, I would like to ask about the font as well; why is it so blurry? I use a custom script for the font in the game:
Font.default_name = ["Font here"]
Font.default_size = 20
Font.default_bold = false
Tried fixing this myself to, but I can't get it to stop looking blurry. I'm sorry for sounding so needy, but can anyone please help me?

First of all it is really hard to imagine what to do if we don't know which script you are using. Try to post it so we can better understand what is causing your problem.

That said your problem should be quite easy to solve, at least without the custom script. For what I can se you should just create your custom window file using those pieces of lined paper. You can wither calculte how big the lines are and adapt your font to their size, or you can just adapt the image to your font, that is entirely up to you.

Once you do this you should also calculate how many pixels you have in the left margin. The default padding for RPG Maker VX Ace is 12 pixels so if you can adjust your image to have a left margin of 12 pixels that should probably be the easiest option. If you don't wanna do that then you can change your window margin from the code itself.

That, of course, is the way I would do it without using too many script. I cannot gurantee it works with your custom script.

EDIT:
Just to give you a fast sample of the result:

This is a sample windowskin I used to make the menu in the second picture:

If you want you are free to use it for your game. Just remember to add this in your scripts:

@Heirukichi Sorry for the late reply but thanks for the help. I tried using your Window.png as a point of reference and then tried see what I was doing wrong by replicating it step by step from scratch. Most of what I know about RPG maker is self taught, so thanks to you, I now understand how the text box template works...slightly better than I did before.

I get that it's now split into 3 different squares; one for the margin line (the red vertical line), the blue lines and the white of the paper. I managed to configure the texture to a point where the text is on top of the blue lines. Here's what the window recourse looks like now:

However there are still a couple problems: One is even though all three lines are spaced out, there appears to be a fourth line that I can't get rid off. Here is a side by side comparison of what the texture and what it looks like in the game:

The other problem being that the lines doesn't always line up with the text. I'm starting to think that this text box design won't work and that I might have to do away with the lines entirely... 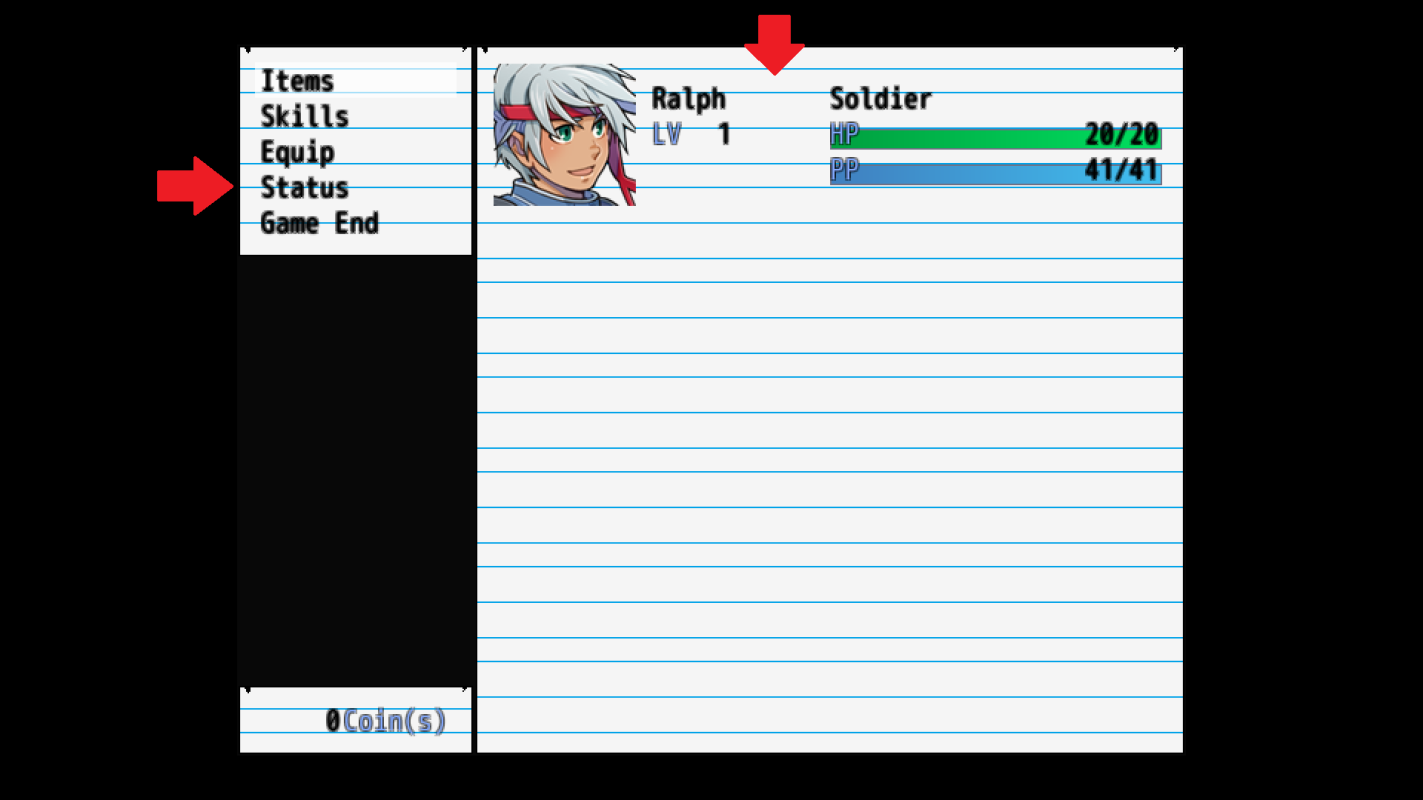 As for the scripts i've used, the script I referring to was a custom script that I put in the materials folder. Here is a screenshot of all my custom scripts: 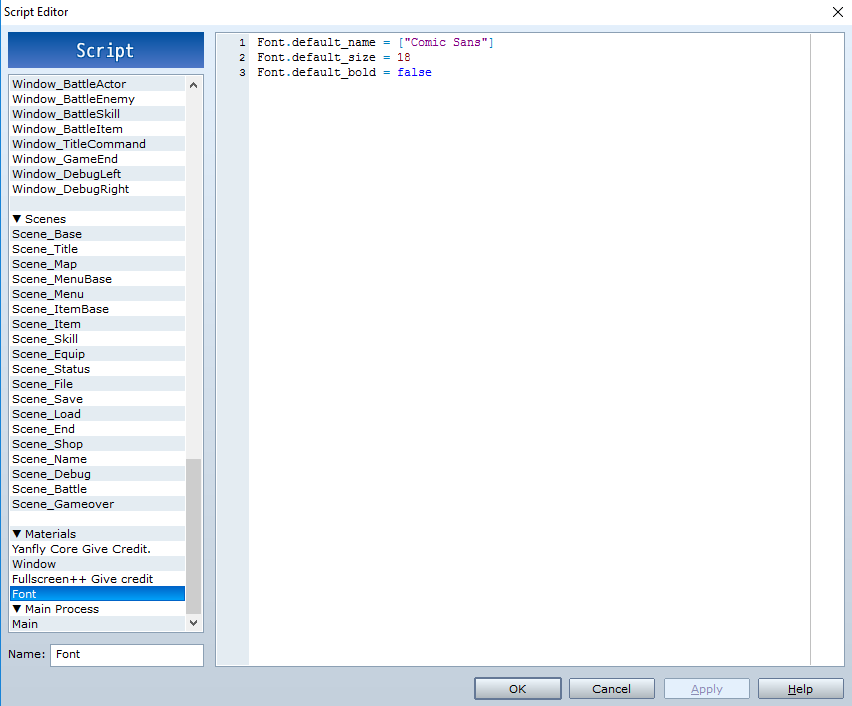 I have since removed both the custom scripts labeled "window" and font". It hasn't seemed to make a difference though; the font is still somewhat blurry.

I really appropriate your help though; thank you!

Did you add the script I attached to my previous post after removing the "Window" and "Font" scripts? Because if you did it should behave like this: 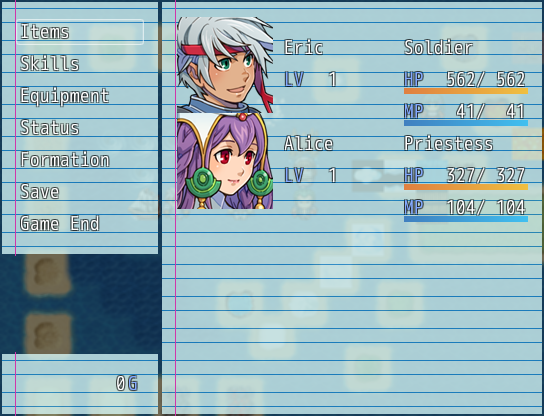 And one more thing: the Window.png I sent you was configured to work with that script so changing it like removing lines from the bottom left pattern won't help. But that script is necessary to let it work due to how the engines deals with margins. You will have problems if the pattern square height cannot be divided by the value set as height for your margins. This because the pattern is repeated but the margin is not.

As you can see from the picture every word is lined up with the window skin. Even Actors' name, class and other parameters are lined up.
Last edited: Mar 25, 2017

Wow, i'm such an idiot; I put your custom script in the wrong folder. It's working fine now, thank you so much! 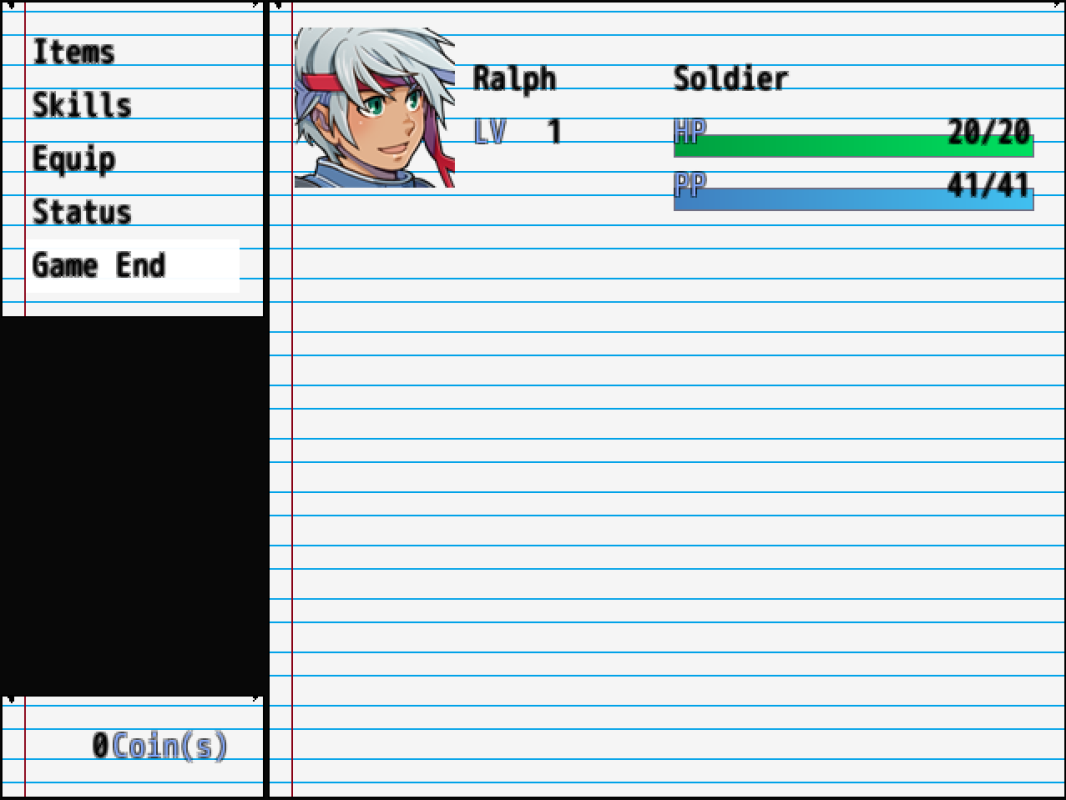 I don't know how it didn't dawn on me earlier since I even took a screenshot of my custom scripts folder previously and it was that same screenshot that made me realize: "Wait...where's the new script?". Well regardless, thanks again for the help. The only problem that I still can't solve is why the text is blurry?

I removed any custom scripts that would effect the text. (Deleted the custom scripts labeled "Font" and "window") the only alteration i've made is I changed the color of the text from white to black by changing the "text_color" value to 15. What else could be causing it?

Well, that is probably because you set the text outline to be the same color (black) as your text (black too). White text with black outline works much better than a black text with black outline. In general using a dark outline color with a light text color works much better than having a dark outline color with a dark text color.
You must log in or register to reply here.
Share:
Facebook Twitter Reddit Pinterest Tumblr WhatsApp Email Share Link

Ragpuppy87
I'm seeing my god daughter's school play next week. Being the mild agoraphobe I am this makes me nervous. Thus I had a dream that it was actually a plot by my best friend to take me clubbing at an establishment where it is customary to throw a harpoon at staff members to reward good service.
27 minutes ago •••