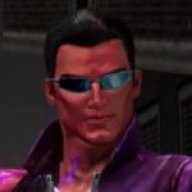 Included a Mediafire Link for the game without the RTP. It can be found in the Original Post.

(Sorry if I still bumped early, the website's time zone is different from mine.)

When do you think the update will be ready?

ksjp17 said:
When do you think the update will be ready?
Click to expand...

It should be ready within an hour .

The date shown for 'date uploaded' is still 02/02, so I assume not ready yet?

I'm really sorry about that!

The "Without RTP" Mediafire link is now up to date!

Okay, tried this out.  It's coming along nicely so well done.  What's needed now is attention to detail.  I've put everything into a spoiler so as not to have a wall of text.


The window skin is so pale that it was very difficult to read the text against a number of the backgrounds.  You might make it less opaque if you don’t want to change the hue.

Wording for when Luther uses Zen Meditation “…their body to heal” – shouldn’t that be “his body”?

In the bandit house, on the table, NE corner is a box.  When checking from the right there’s nothing, when checking from the top I get the dialogue for the bag.  This is because the table has the ‘Counter’ tag on it, which you shouldn’t alter because it will muck up your shops.  Instead, on the bag event, make it a conditional: Player is facing down (3rd tab of conditional menu).  For the ‘true’ statement, leave it blank.  In the ‘Else’ part, put the text.  Exactly the same issue with the list of names event.  Treat it in the same way.  (I must only have checked these from the side last time).

In the Inn I got trapped for ages over by the stairs up.  The boy, the child and the man all congregated around the woman and I couldn’t get past them.  Having even one tile with a totally blank event on it would prevent the NPCs walking on it and so leave the player a path through.  The music in the inn has a long pause between the end and starting up again.  If you check it in Audacity and remove that pause, it will play more easily.  If I can’t go upstairs, it would be good for some dialogue telling me I can’t e.g. the Innkeeper saying “Guests pay before they go to their rooms, not after.” And then a forced step to the left.

The description for Muscle Tea has ‘stronk’ which I assume should be ‘strong’.  For the pricing of your potions: 500HP healed costs 100g, whereas 2,500 only costs 200g.  I would have expected this to be more, not just because at a straight ratio it should be 250g, but also because normally I expect to have to pay to be able to do a big heal (therefore only using one turn) in battle.  So I would have thought 300g minimum.  I do think it’s a shame that I can’t sell in either of the shops.  I have the leather gear drops, and can’t do anything with them to get more items.

The way you have set up the doors etc., I can only enter the shops via the Inn.  If I leave via the armory door and take a step down, I’m transferred to the next map.  All very awkward.

Speaking to the Captain on the dock, word is missing: “Who are (you) picking up…”.  Is the area to the west of the Captain and sailor still to be finished?  If not, some visual reason for not being able to go left off the map on either the path or the jetty would be better than the invisible wall.  (Note added later: I got the dialogue about Luther getting a boat before I spoke to the person in the park, who only appears after I have spoken to someone else.  I think you need a conditional switch on the Captain so that he says something else until I know that I need a boat.)

When I do go left, I have the couple who are house-hunting.  From what the guy at the bottom says, his partner should be female.  However, the face of the sprite saying “Which house was it again?” is male.  The house above – an example of where shift-click mapping would make the carpet look a lot better and the map more realistic.  In the expensive inn, I’m presented with a Yes/No choice, but no price is indicated.  Is that because if I have to ask, I clearly can’t afford it?  (And yes, you’re right, I can’t afford that price!!  Good thing I decided to save before experimenting on that one.)  Same comment on the stairs as above.

I like the touch with the bandit out of the window.

Can’t be 100% sure at this stage until I have full context, but the wording on the note in the condemned house should, I think be “affected” not “effected”. e.g. One effect of lack of rain is dusty soil.  The soil was affected by the lack of rain.

I’ve been told by the people in the house in the SW corner that I can get info from the people in the 5 star inn, so I go back, but everyone is saying the same thing as the first time round.  I think that the retired warrior, if no one else, needs to have a second piece of dialogue.  It is very strange that he repeates what he says, and that Luther makes exactly the same response.

Apart from that note, I have found nothing in any of the houses.  I think you might need to consider how you’re going to motivate your players to do thorough exploration.  At the moment, you have taught them that it’s not a very rewarding thing to do.  Maybe a few small items around the place?

The fight with the 2 guards was rather tough.  I see that I can only use the 100TP skill once in battle – or at least, the second time I filled up to 100 it was still greyed out.  I think the player needs to know that, as I waited to fill up, rather than using the 50TP or 10TP skills.  Several times I noticed that it said the guard took no damage.  The pop ups were going at some speed so I’m not sure why that was, but it certainly made my life a lot more difficult.

I think Luther jumps to the conclusion that Eva set him up just a bit too quickly.

I thought this was going to be a stealth mini game, but it seems that if it is, it’s not a line of sight one, as no guard challenged me.  I only realised this after spending some time being all sneaky and cunning to get round checking for gear.  Why is Eva not a full HP and MP when she joins?  Given that this is a tough fight, I don’t think that’s quite fair on the player.  I wondered if you’d set it up so that she comes in at some level that’s determined by Luther’s level?  Unlikely as there’s been no opportunity to grind and get levelled up, but if you have, you need to put a Recover All on her so that she comes in at full health.

3rd floor, your furniture is suspended on the walls, not sat on the floor.  Inside the office, Luther says that she’s the woman he saw with the man at the inn.  That cut scene is easy to miss.  Do you have a conditional so that if the player has not found it, some other dialogue happens?  If not, it won't make any sense just as it is.

After the fight “you’re a criminal” (you’re).  Now that they have a quiet moment, why doesn't Luther demand some sort of explanation from Eva about what's been going on.  They have this big fight, they win, they go to the boat, all without a word being exchanged.  It's not very credible.  (Added later: Okay, so she does the explanation in the Woods, but even so, waiting until then, especially as they've also had the time on the boat, just doesn't work, imo.  Maybe she gives some excuses, (Look, if we're going to catch the tide we must go now and get on that boat) some evasions, so that when they get to the Woods Luther can say something like: ) Okay, no more excuses, no more distractions, what's been going on?

I went back to the bandit HQ to get those chests.  I would have expected some dialogue, but nothing happened.  (Added later: as there is now the bit about how Eva explains herself in the cut scene before the dragon, perhaps I shouldn't be able to get back here?)

The dialogue in the wood after the cut scene with Mal (very good scene, btw, and the map is probably among the best so far) doesn’t make sense.  It doesn’t help that the sprites for the Captain and the sailor don’t show up – only their tear drop balloon icons at the end, which is what told me they were there.  Up until then, I had be, to say the least, confused.

“She said dragon” – Who is the ‘she’?  And no one has mentioned dragons.  I'm not convinced by the device of the vines, I think that needs a bit more working at.

What happens if the player has not healed up after the last fight, or hasn’t bought any more potions?  This dragon takes 50% of my HP with both of its attacks when using its using the physical one, ice is nothing like as bad.  The dragon casts paralyze and I have no way to heal that.  Eva’s only skill may cause confusion, but it is a multi-hit skill.  When I used it and it did inflict confusion, a later hit in the same action took the confusion back off again.  I die – 3 times before I succeed, and I’m usually quite a good strategist.  This is only the 4th fight and apart from the bandits, they all been near death (and now actual death) experiences.  The 2 guards were OP, for the Valkyrie Eva started injured, and it looks to me as if the dragon is OP as well.  On each of the dragon fights I’ve started with either zero or less than 5TP so it’s a while before I can use any skills, which reduces strategy to staying alive until I can use them (ordinary attacks don’t do much damage).
Could I make a different sort of suggestion?  I think it would help if you could buddy up with someone who could be your beta tester.  In return you could beta test his/her game if that's what they want.  I think having a detailed second eye on things would mean that all issues of continuity etc. would be spotted early on.

I played about the first 30 min, just up until you leave the baot and the dragon appears... (Death followed for me rather fast....., crap paralyzing...)

Keep up the good work