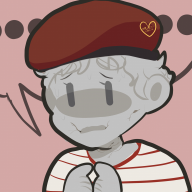 I could have sworn i had an account on here already, but it said none of my emails were registered so? Apparently not,,

My name is CJ or "Borb" (for people who have known me since. The Darker days of my online Presence,,,,), my pronouns are He/They/She, and I am an aspiring game dev! I currently use RPGM:MV, and have upwards of 5 projects planned (They're just ideas, mostly), with one currently in the concept stage of development- so maybe I'll be fairly active? That is to be determined, as I have a lot going on rn, and I'm not in the most stable of situations :') But! I'll definitely try!

Some fun info about my interests? I guess?


Anyway! That's really about everything. I mean, if anyone wants to know more about me, you can always ask. I really don't know how much you guys will actually see of me around here or other forum sites, but I really want to be more active- especially now that I'm spending more time actually focusing on my projects, and might actually be ready to start releasing public info on them soon. Anyway! I hope everyone who is reading this has a wonderful day and has something nice to eat and drink!!!!!!! take care of yourselves!! or else 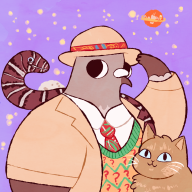 hey borb! welcome to the forums!

Hey there and welcome.

Welcome to the forums and good luck on your projects! 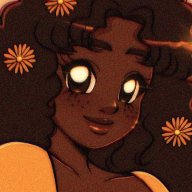