Real life has caught up with us and decided it's going to punish us for the wrong doings of other people. Sufficed to say, I'm not really all that surprised, but there's nothing we can do. I won't spell out the whole situation, but the conclusion is that my mother and I, who I have been taking care of full time for the past few years, are most likely going to be homeless for a while. I won't name anyone that contributed to this because there's no need for any vendettas, but things happened and one day, they'll get theirs. I sincerely believe that.

Anyway, I'm going to be gone for a while, probably longer than I'd like to admit, because nothing has been going our way lately and the timing was, quite literally, the worst. We've tried doing emergency housing, we've tried looking for places with any immediate housing that would require rent, but all dead ends and waiting lists. It's a shame too since we've been looking almost all day everyday for the past week and found nothing that we qualify for.

Anyway, we're going to disconnect our internet connection so I won't be around much since I'll only have the cell and while we have a connection on that, it's mostly going to be used to be making phone calls to people that can help us, like our lawyer and the such. It's been extremely stressful and I'm not sure how long I'll be gone, but if you don't hear from me for a while, then you'll know why. The XP Remastered Project is on hold until we find someplace to stay for some time or we fix this whole mess and with the internet being disconnected from our home, that means my site will be down, so no music to listen to and so on.

I'd like to thank all my friends for being amazing and what not. Sorry I didn't let you all in on what was going on, but sadly, everything is happening so fast that I've just been hopeful it would all work out in the end, but it didn't. At least, not so far. We have very limited options at this point and we're trying our best to look into them, but they aren't leading us anywhere so far.

To cut this short, I'll be gone for an unknown amount of time, but if you want to stay in contact with me, you can check me out on Discord. Search for Jesse (Rij/djDarkX)#7228. Hope to see you all soon, but we'll see.

Hey man, I'm so sorry you're having to go through all this, I hope you manage to get some things sorted out to take the stress away and that the person/people responsible get captured by a band of goblins and shaved!

You're going to be on the streets with your mum? Are there any homeless outreach services you can contact, or friends you can stay with?

Take care of yourself out there. I hope you and your mum find a way out of this mess soon. 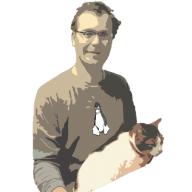 WOW, I did not have the privileged to know you. Reading your story I really feel for you. Housing is getting stupid expensive and tough. I would diffidently ask anyone you come in contact with. You never know when you might bump into someone that happens to know someone. Have you checked craigslist? Just look out for the obvious scammers, but their everywhere.

Infact I am checking your RPG maker for Linux thread so apparently you used Linux some of the time or all the time . No issue with installing it, but figure might be some tips in their. ((Which I know little off topic, but love hanging out with other Linux users.))

Wow, based off your signature you were quite active in the community here.

Habitat for Humanity if their in that area might know of some options. Sense I notice you mention wanting to own again. (I don't think they have anything immediate though =(.

I really hope all gets better ASAP and wish their was more I could do then that. 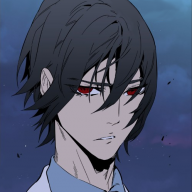 I don't know you or your contributions as I am new here. But after reading your story, I am heartfelt. I am sincerely sorry for what you are going through, and I wish you the best. I hope that you are able to get back on your feet.

Here are some additional resources for you:

The Night Ministry (While you're at it, contact all of your local churches for assistance!!!)

Contact your local Social Service office. Every localality should have one, and tell them of your situation.

If you pursue it, and don't give up there is not one reason why you should become homeless.

--- I've have done quite a bit of outreach in my community, and I know that there are resources available, you just have to find them.

Ah, scary stuff! I second the suggestion of reaching out to neighbors and churches. I wish I was closer so I could offer my own home temporarily. I hope things resolve quickly and well and that you stay safe!

You're such a good person and handling this bravely, much respect for you! Your mom obviously needs care so hopefully there are available programs- places to help her. Reach out wherever you can, and something good will turn up.

I really wish I could help you, please let me know if there's a way.

Oh, man... I've known you for some time on here and I know that the best thing a friend can be in these times is a friend. Your time and cell data will certainly be precious, but if you ever need to vent about anything or just be distracted from it for a bit, we can chat. I'll look you up on Discord and I'll be around. I hope one of your remaining ideas or one of the suggestions you've received in this thread can turn out fruitful. I really hope you find something in time to put a stent in what is already causing you so much heartache.

Thanks to everyone here. We've checked all available things we can about getting some kind of emergency housing, but no one could or would help us, usually due to being financially stunted. We've got a lawyer that will be working with us to get things settled, so there will be work on that front, but for the time being, well, things are kind of up in the air. Luckily my younger sister has come through for us and will provide a place to stay for our mother and I will probably be staying with a couple she knows very well for some time. We're going to iron out the details on that when the time comes, but right now, we just have to focus on packing and getting things out of here so we can proceed.

Getting my laptop prepped so I can have a means of communication outside of a cellphone, so it'll make it easier for me to communicate, but I still might be too busy working on this issue to talk much. I do hope to be back sooner than later, but we'll see how all that pans out. Still, I won't be gone forever, but I will be back eventually. As soon as this is settled, though, I will provide an update.

@zephar123 thanks for looking at that thread. I love Linux very much, but most of my gaming is done on Windows because, well, yeah. Still, I plan to eventually leave it behind and work on Linux machines as much as possible, but I'll still need a Windows rig for audio creation, which I have a plan for that once this is all sorted. Funny thing is, so far, looks like Manjaro might be good for this old laptop, since Zorin OS breaks once updated and Solus can't even detect the wifi card, but Manjaro seems to pick everything up without issue, but I'm in the live USB state now, so when I restart and update, we'll see how it all works out. Fingers crossed.

As others have said, try reaching out to the church, and Let the LORD hear it, He is real, and he sees this all, and knows.

And thanks for all the excellent jams to listen to. Hope this is resolved. Pray for me too meow.

I wish you the best of luck in finding better days ahead (which I know you will) !