Hiding the classes locked by character with Yanfly's ClassChange/SubClass plugins. 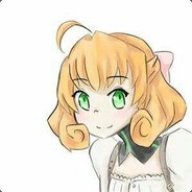 Okay, I have searched and searched but have found no one else asking this specific question, or anything close enough for me to figure out a work around for myself. I've got a small game with 4 playable characters, a fighter, a healer, a mage, and a thief. Each character is tied to one of the 4 main classes. I have implemented 2 subclass options that shift the skills and abilities for each class. I have figured out how to lock classes to specific characters, as well as which ones are only primary classes and which are only subclasses. What I can't figure out is how to make it so after picking a character, say the fighter, it shows only the unlocked class of Fighter in the class selection screen and not the Mage or Healer classes, and only the Paladin and Fencer subclasses in the subclass selection screen, but not the Priest or Pyromancer subclasses. I want the only visible options for each character to be the ones they have unlocked. So the Healer will have only the Healer class, and only the Priest and Auramancer subclasses. As it currently works the Class selection shows all classes and subclasses, with the locked ones just grayed out. I want them to not show up. How can I get that to happen?

I'm not a programmer, the last time I did any programming it was in QBasic. So please know I have very limited understanding to altering the code of a plugin myself. If there's anyone who can help me with this, it would be so wonderful.
You must log in or register to reply here.
Share:
Facebook Twitter Reddit Pinterest Tumblr WhatsApp Email Link