*teleport behind you* Nothing personal kid

For the last couple of months I've brainstorming about making my first ever game(by that I mean a project that I will actually finsh, hopefully). And during the process I have played a lot of horror game. Some of them are extremely good, while some stay a bit dissapointed for me. After I played all those games, I noticed a lot of problem that I will have to go through if I want to make scary game with RPG Maker. So I decided to write this down as I havent been able to come up with any sort of good or at least acceptable answer to all of the question/problem and I hope you can give me feedback, your thoughts and answer about all the stuff I dicussed in this thread.

1. The camera.
- One of the biggest thing that can impact on how scary a game could be lie heavily on the camera.Based off the camera placement, it could really push the atmosphere of the game to an "effectively" higher level. For example, old school game like Resident Evil use a fixed camera, not only to save resources/size/optimize etc and make the game look prettier, but it also allow the game to limit what the player can see, while being able to control the scare easier. Forward to modern day, a lot of games are fully rendered in 3D and limit to a 3rd on the famous 1st person perspecitve, which does give a more immersive feels, while also leave plenty of space for the world to be displayed on the screen.
On the other hand, RPG Maker game usually let you a lot of the world, and there is little to none to cover up what you dont want the player to see in my opinion. So the solution here could be using some sort of lighting system and such, which work. But on small interior map, what being displayed on screen have already been so tiny, so reduce that even further leave out bunch of empty space that "some how" could be used much more effectively. Now there is some zoom plugin/script, but with asset that isnt available in pixel art form, it will make the game lose it image quality. Let me know what you think about this! 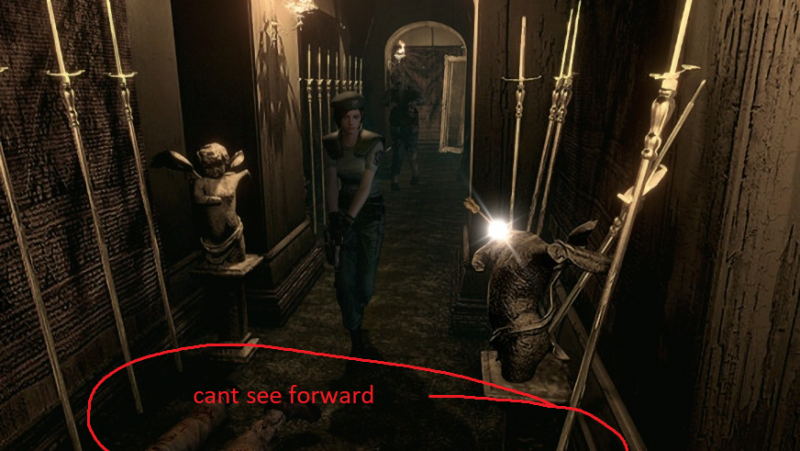 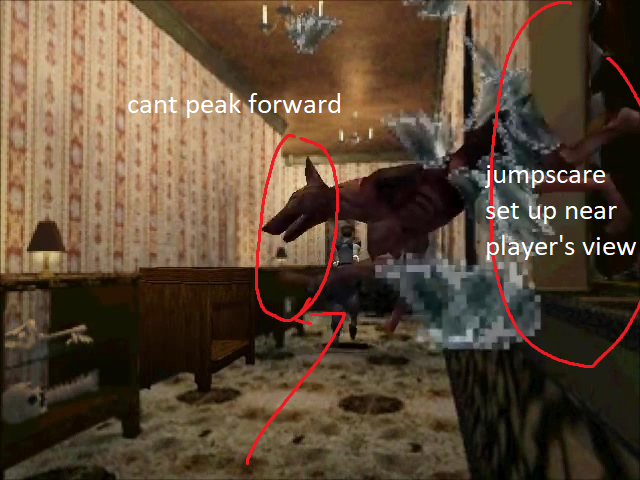 ​
2. Gameplay
- Many horror games these day have been criticize for being just a walking simulator, having little to none gameplay. While it does work for some game like P.T. which is really short, in the long run, gameplay is definitvely needed if you dont want to make the game to feels boring and repeative. And this have been bugging me out the most. Because it's not easier to come up with some sort of mechanic that is new and unique, that mechanic have also need to have the ability to push the level of the fear of the game up, not down. My ideal plan is to make a mechanic that is both risky and both extremely rewarding, making the player feels satisfied for making good use with it and punish tho who dont learn how to do it properly. Once again, let me know your thought on this topic. 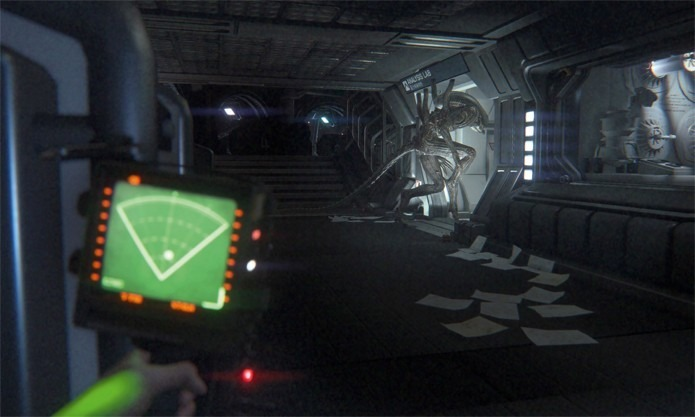 For example: In Alien Isolation, there is a motion tracking device which can tell you where the enemies are, but also make a beeping noise which can make enemies found you easier when they're up close. You will also lose focus of the entire game if you want to see the motion tracker for clearly.​
- Also in gameplay, a lot of horror game uses an "AI/CPU" for the enemies in the game, which mean it can walk around, find you, and kill you,... While if being programmed right, it could really create an amazing dynamic gameplay, but done wrong, your "AI" will get stuck in place, dont know what to do, being really glitchy, cause frustation to the player and could really take the immersion away. So do you think it's the right idea to spend time and resources into making an "AI" powered enemy, or just stick to traditional fixed jumpscare when making a horror RPG Maker game?

So, please let me know what you think about all of this, I will need as much of your thoughts as possible to get an general idea on where to start when making a horror game with RM
P/s: This is an article I think really worth reading https://blog.rpgmakerweb.com/tips-and-tricks/rpg-maker-horror-games/ 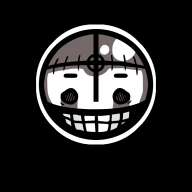 Answering some things in each point:

1- Smart use of zooming and lighting is the key to building atmosphere and fear of the unknown in horror, along with map design of course, but don't overuse darkness to limit the player view, many games do that and it's just ugly and annoying, cheap game design all in all, Darkness need to have a feeling to it, not just be there for gameplay comodity. The over use of darkness is very prevalent in today's industry, along with first person view which also limit the field of view, and that's why we don't have as many memorable horror games today as we did back in late 90s/early 2000s, because you're not making the player terrified, you're just keeping him blind.
2- In horror, your gameplay mechanics have to fit the kind of fear you want to produce in the player, be it paranoia, claustrophobia, panic, or whatever, and it has to correspond with the kind of evil the character will be facing, be it a force of nature, a chaser, a paranormal entity, etc. There's no better or worse choice in that aspect, if it fits and the game is fun to play, you're good to go. Beware of keeping the player's interest tho, if you're doing a "walking simulator", you need to keep the player invested through atmosphere and inteligent puzzles, if you're having a "chase game", you need to balance it so the chaser is scary but not overly frustrating, if you're having combat, remember to keep the player's resources scarce, otherwise you can just storm through everything and that takes away the sense of fear.

Man... There are so many ways to make a scary game... The atmosphere, audio, imagery, mechanics, etc. Just do your research and try to figure out what works for you the best. Since it's your first game, make it short, but as good as you can. I strongly recommend you to concentrate on one type of horror/concept for this one.

I'll give you good advice about horror games...

Forget about using ghosts, demons, vampires, werewolves and the rest of that crap, horror was designed to scare people, and those creatures are overused. If you wish to make a good horror game then you should focus on human fears and phobies, on things that one man cannot change or can, but barely, my personal favourite kind of horrors are that main protagonist cannot escape, starts to panick and loosing sanity, he has no one to ask for help, he is completly on his own in short, where hero is destroyed mentaly, something like me after several years in my job, without perspectives and possibilities to escape it.

Tbh I never made a horror game, and I have only played a few, so this could be way off base. Two ideas that add to suspense in RPGs...

1. Enemies you never see. Example: There's something moving in the swamp. It will attack the player if they try to cross the water, but the attack is all shadows and sound effects. The player never sees the monster. You can do this with any kind of environment: monsters concealed in cornfields or thick shadows are another possibility. Suspense is added if the attack is timed. For example, the player can dash through swamp water for two seconds before the monster catches them. Enough time to shortcut across a small area, but not enough for an uncalculated move.
2. Surround the player with damaging tiles. These can be traps, deadly slime, or areas with concealed monsters as in #1. It's no longer a walking simulator if the player has to watch and consider every step.
You must log in or register to reply here.
Share:
Facebook Twitter Reddit Pinterest Tumblr WhatsApp Email Link