So I browsed to see if anything was up here already, and so here is my presentation. It sounds simple in my head, but I'm not a java scripter. I've broken it down intto steps, if someone wants to tackle a step at a time and then we can post the results in this thread.

I deleted most of the original post; As described in earlier thoughts below, the requirements of what I was asking essentially required a new Battle Manager in its entirety.

The end goal is a PVP system a la pokemon that could have people connect to each other. Not a true MMO, just a vs battle.

I'm starting with a hot seat PVP plugin. I am not a coder by trade and so this is slow going. I'll post updates every so often with as far as I've gotten.
I'm building the Plug In one object/class at a time. I started with building the a PVPBattle Scene and coding one object at a time as needed.
Last edited: Feb 26, 2017

I've noticed people looking at this post but not many actually commenting. Ok... no one commenting


Obviously this was a big endeavor; Essentially creating a whole different battle manager to running parallel with the existing one. Which is essentially what I've started doing with my limited JS knowledge. So here we go:

Its not finished yet. I still have to edit the scene manager.

But what I've done is:

Waiting for this long time.Awesome.


But sometime i want more like Party System and  transact with items or auction and so on.


Poor English.Wish you can understand 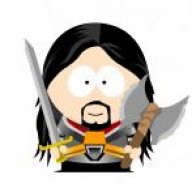 How does this works?

Sad to say it doesn't work yet.  I posted it in the forums for anyone's thoughts and feedback and help.  Its very incomplete.

What it will ideally do is create a parrallel "Battle Manager" that can be called for PVP battles.  I want it to work pretty much just like the current Battle Manager with the exception that it has two fully controllable Actors on either side of the battle.  To accomplish that I'm starting with a simple copy and paste of many of the current managers/objects/classes and renaming them as appropriate.  The glaringly obvious stuff that needs to removed/changed, I'm doing that as I rename.  Then other things in the code that I KNOW need to be changed but am unsure, I've done "//comments" to mark where I need to go back.


Huge work in progress that because I'm only an infant JavaScripter is going to take a lot of time.  Further, I have to really comb through all of RPG Maker's code, because I'm really seeing the huge web of process that interact with the Battle Manager and I need to ensure to untangle it all correctly.

Hope I didn't disappoint you too much.  What ever projects your working on - Ganbatte!

SO here is the latest version:

I scrapped my last attempt. THIS one actually generates a scene... that does nothing. And I keep getting an error @ actor.isAppeared.

Any help for tracing that would be great. Otherwise I'll update at the next milestone/problem.
Last edited: Mar 4, 2017

BUHAHAHAHAH! ITs getting there fellas.


I won't be posting any more links to the JS here. You'll have to PM me, or find me on YT, TWITCH, or Discord. I had a run in with the Mods and I just don't like the way RMWeb decides to run things. BUT I dont' want to give up any networking opportunities either. So I'll post one more time on this thread when I'm done updating. If you want to follow more on the PVP plug in status, please hit up and lets keep in touch.

Any update on this one? Is it getting done? Because a PVP plugin my party against your in a format of you can go in this HUB would be really nice addition in my game. (Because you are making your own team of fighter.... so being able to do some PVP would be so DAMM awesome) Please let me know if you can do it!!!

User stated they stopped using the forums due to moderation issues. I doubt will see updates here sadly. Too bad because this the site I go for info.

Kane! I see you around the discord servers - you can find the PVP plug in in the Neko Lounge, or just hit me up by PM. I'm active in the community. 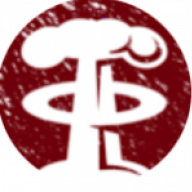 I've been trying to find something like this for literally around a year now. Glad to see it in the making!

I'm sorry. I don't intend to be a jerk forever, but I'd rather back up my intent with actions, not words.
43 minutes ago •••