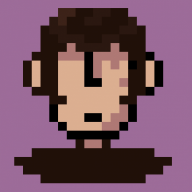 The title says it all. Is there a way to do this or so I need a plug-in.

I would use Yanfly's buffs and states core, and passive states. You'd make 2 new passive states. One is just activated by wearing the armor so the game knows you have it equipped. The other will indicate that that character has had the effect activated that battle (so you'd check for it to expire at the end of battle in the database).

Then you create a custom apply effect for the knockout state that will do the random roll; if successful, check for the presence of your second state before continuing to activate a common event that revives the character and then apply your second state so it can't happen again.
You must log in or register to reply here.
Share:
Facebook Twitter Reddit Pinterest Tumblr WhatsApp Email Link