How can I make enemies HP remain the same after escaping battles? 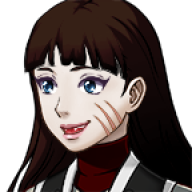 Hi guys! I have a question that I'm curious about that I haven't seen answered on this forum...

As the title says, I'm wondering how I can make the HP of an enemy remain the same after the player has escaped from a battle, instead of it going back to full health again.

If there isn't a plugin for this, I hope this is easy enough to achieve.

I'd super appreciate any help! <3

Depends on how your battles are setup. If they're just random encounters, I don't see this being possible, so I can only assume you must have encounters on the map.

If all your encounters are unique troops, you could maybe have a couple troop events to set each enemy's HP to a variable at the end of each turn and set a switch unique to that troop on, then have a turn 0 troop event that checks if the switch is on and sets each enemy's HP equal to their various variables if it is. Something like:


Code:
If your encounters are not unique troops, then you'd have to know how to tell the difference between one instance of the troop and the next, which means you'd end up with a set of variables for each evented encounter.

As an example, suppose you have a troop that has 2 bats in it, with two events on the map that both make use of that troop. If you fight the 2 bats in the first event, you have to make sure you're not carrying the health values over to the second, so each event would need to keep track of its own set of troop health variables.

Yes, the enemies are on the map so that makes this possible. ^_^

I'm getting there with this but I have two problems... (I hope this makes sense...)
1) I've successfully set the enemy HP to a variable at the end of each turn, but I'm having trouble calling that variable at Turn 0. I see an event command that allows me to "Change Enemy HP" to a variable. That works, but that only allows increase or decease. I want it to be equal to. I must be looking in the wrong place?
2) When the battle starts, the enemy HP doesn't instantly change. I'm using Yanfly's Visual HP Gauges so you can see the enemy has full HP for a moment before it changes. What's the easiest solution to make this instant?

RoseRainblood said:
That works, but that only allows increase or decease. I want it to be equal to.
Click to expand...

Mathematics
all enemies start at max value, if you want them to have a specific value instead you'll have to use control variables commands to calculate the difference and then decrease the enemy by that difference.

as for the gauge - if that is created in the setup for the battle before the troop event takes place, then the only way to change that behaviour is to modify the plugin - either to delay the display or to give a script command that would work before the battlesetup.
I can't tell you which way to go because I don't know how yanfly programmed the plugin.

Andar said:
Mathematics
all enemies start at max value, if you want them to have a specific value instead you'll have to use control variables commands to calculate the difference and then decrease the enemy by that difference.
Click to expand...

You can directly set an enemy's HP with a bit of JavaScript code. I'm assuming that you know what variable maps to what enemy index in your troop if you're doing something similar, so you can set that index's _hp property based on the corresponding variable.

Code:
It looks like the Visual HP Gauges Plugin will automatically redraw the gauge when the enemy's HP is changed this way.

One thing you'll have to figure out is how to handle enemies that were killed previously, since when you start a battle, they all get revived and returned to full health. I added some logic to my first troop event page that checks each enemy's HP after setting them with variables and, if they're supposed to be dead, adds the death state and performs the collapse animation. You could use the JavaScript snippet I have in my screenshot, or you could do the same like so:

If you want the enemies to be dead and not appear at all if they were killed in the previous encounter, I think you'll need a Plugin to handle that logic.
Last edited: Jan 18, 2019

Awesome!! This works now. I appreciate your help, Zevia!

Just need to figure out how to make Yanfly's HP Gauge redraw the gauge instantly so we don't see the HP as full before the Turn 0 switch triggers. I'll attempt to modify the plugin and see if I can do it, but if anyone here knows how to do it, please let me know. I'd super appreciate it.

Aside from the Yanfly HP Gauge problem I mentioned above, I also have another issue... I've set the enemy HP as as a variable in an event on the map/field outside of battle, but it isn't recognizing it. (I'm using the Orange HUD plugin to show the variable and it just appears as 0 HP. I also see enemies are just appearing as '?' below instead of their name in the database.)

I've been googling this and it seems RPG Maker MV only allows you to set variables for enemies in the actual Troops menu, and not on the map/field. It would be AWESOME if there is a way to get around this though because I'm hoping to use the Orange HUD to show the enemy data on the map/field.

And again, thanks for all the help. <3

To clarify your ask: suppose you have a troop of 2 bats. You have one event on the map that represents that encounter, and no other events reference that troop. If the player encounters that troop and, say, kills 1 bat and brings the other down to 50 HP, then you want the ability to show the state of that troop on the map.

Can you provide some screenshots/mockups of how the Orange HUD works and maybe what you'd like to see as an end result?

Haha, about 10 minutes after I sent my previous post, I sorted out the problem with the enemy HP variable not working on the map.

Jrrkein
Stop shutting the damn power down! Why always like this
24 minutes ago •••

It's called Red Light and it's inspired by another obscure RPG Maker horror game, but I don't want to give too much away just yet.
Today at 7:22 PM ••• 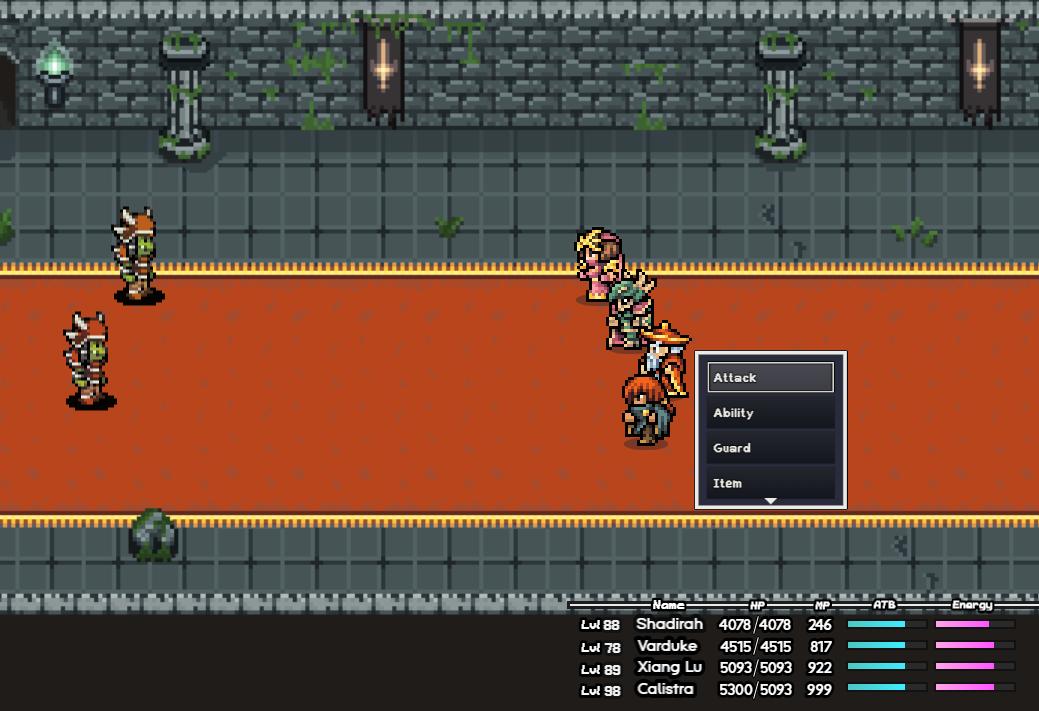