How can I minimize Yanfly's Battle Engine Core's Buffer/Delay (MV) 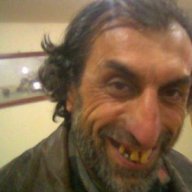 Ever since I first tried it, I have always had an aversion to Yanfly's MV Battle Engine Core due to the buffer that it gives me. Whenever a person goes to initiate a skill, it has this 1-2 second buffer before it actually initiates the animation and effect.
Compare it to vanilla battle engine where the action almost executes instantly (with only a few frames inbetween)
This little time difference greatly affects the pace of the action and is devestatingly sluggish when paired up with Astfgl's QTE Window plugin, as the delays are stacked among each animation. I'm also one to personally prefer front-view battle over side view.

Thing is I'm not using a 2008 desktop meant for playing flash games, rather it's a an MSI laptop sporting a Geforce GTX 1050 Ti
Graphics Card and an Intel Core I7-7700HQ cpu at around 2.80 Ghz. So idk what that means, but it can play Kingdom Come at a reasonable rate.

Is there a way to minimize this buffer without neccessary having to upgrade my PC?

Thank you for reading.

UPDATE: I found a similar person experiencing problems that bear resemblance to mine and fixed the issue at the end of the process. I have yet to test this out since I'm currently in midst of something else. I'll link it below for the sake of others who also experience the same inconvenience. https://forums.rpgmakerweb.com/inde...nflys-battle-engine-core-run-smoothly.107190/
You must log in or register to reply here.
Share:
Facebook Twitter Reddit Pinterest Tumblr WhatsApp Email Share Link

Masterbrge
I'm still looking for some people who have skills on scripts and map design if somebody read this.

My mind is dying with the effort trying to understand how scripts work, and why they are so complicated for a little brain as mine.